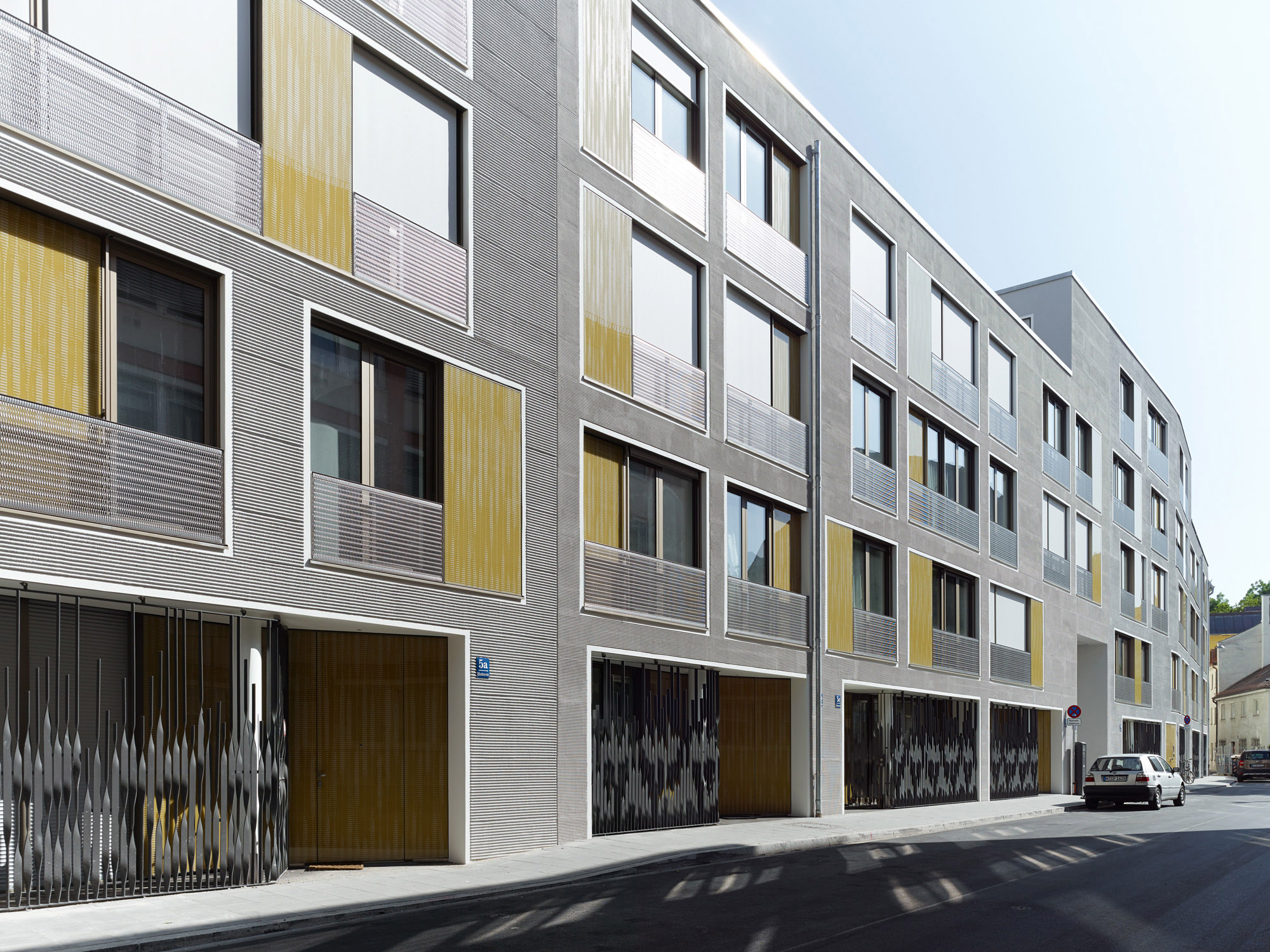 The four- to six-storey housing blocks in Hotterstrasse consist of four outwardly and inwardly facing recognisable building parts, each accessible via its own stairway. The four buildings contain a total of 56 apartments, each of which was designed according to its specific situation to achieve the best possible lighting in the built-up inner-city location and ensure an individual transition between public and private space.

The maisonette apartments on the ground floor can all be reached via an individual entrance from the courtyard or from the street. Individually usable “cages” form a front zone facing the street and separate the private working area behind from the public. Bedrooms are on the first floor, and lighting for the living areas on the ground floor facing the courtyards is ensured by generously sized airspaces.

In buildings A2 and A4, internal hallways on the 3rd floor were arranged as “rue intérieure”, leading mostly to maisonettes, which develop their generosity above and below the “rue” as two-sided apartments pushed through the building, thereby enabling visual access to at least two different courtyard situations.

The four building sections differ on the street side in the sense of single buildings or pairs of siblings within a family in that they have slightly different-coloured plaster and mainly by virtue of the plaster structures, which interpret a typical Munich handicraft skill. On the courtyard side, the façades have one loggia per apartment for the benefit of contemplative courtyard design. Also, the 4 staircases were individually designed on the basis of a common principle in order to continue the diversity of the intended granularity of the buildings in the interior too. 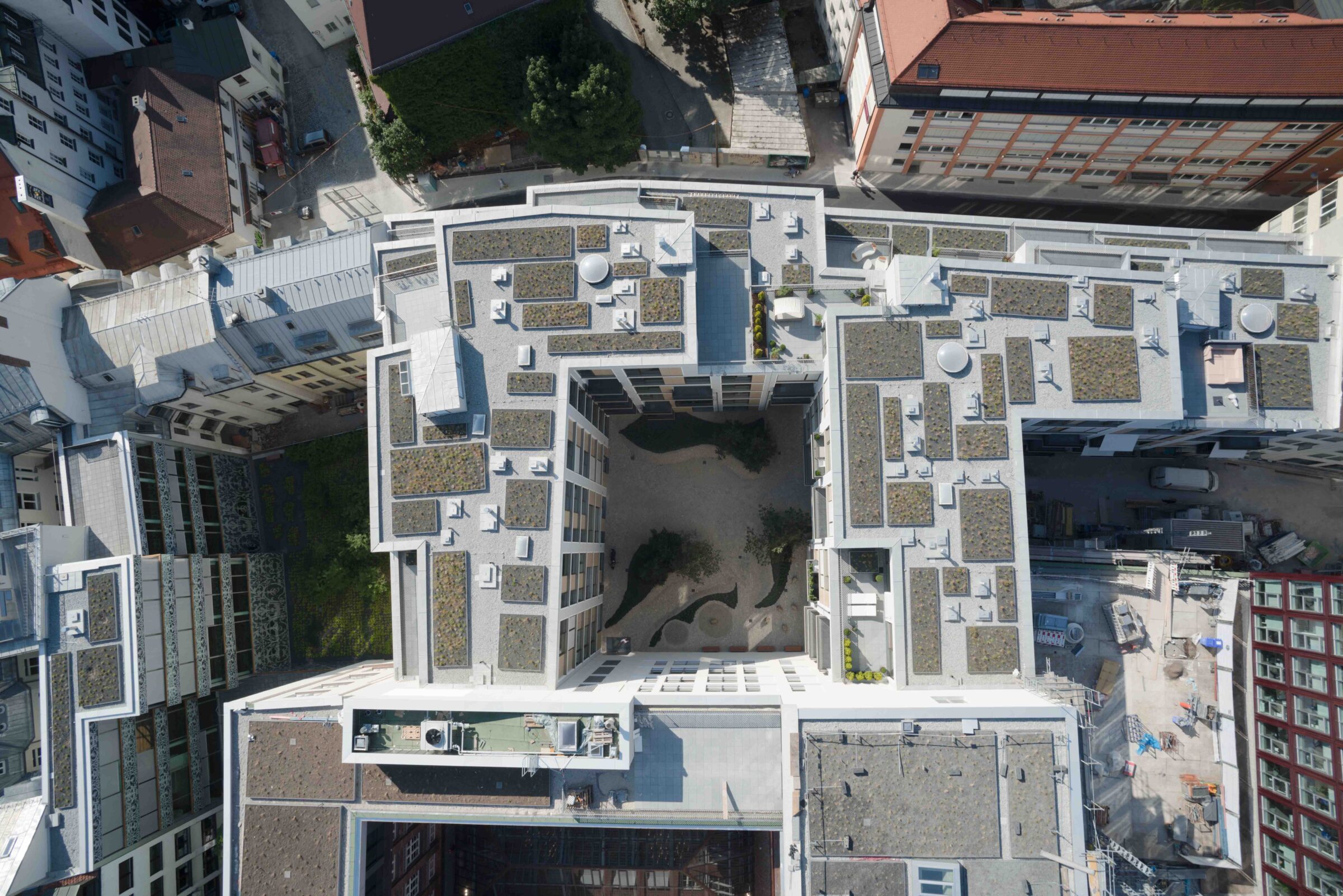 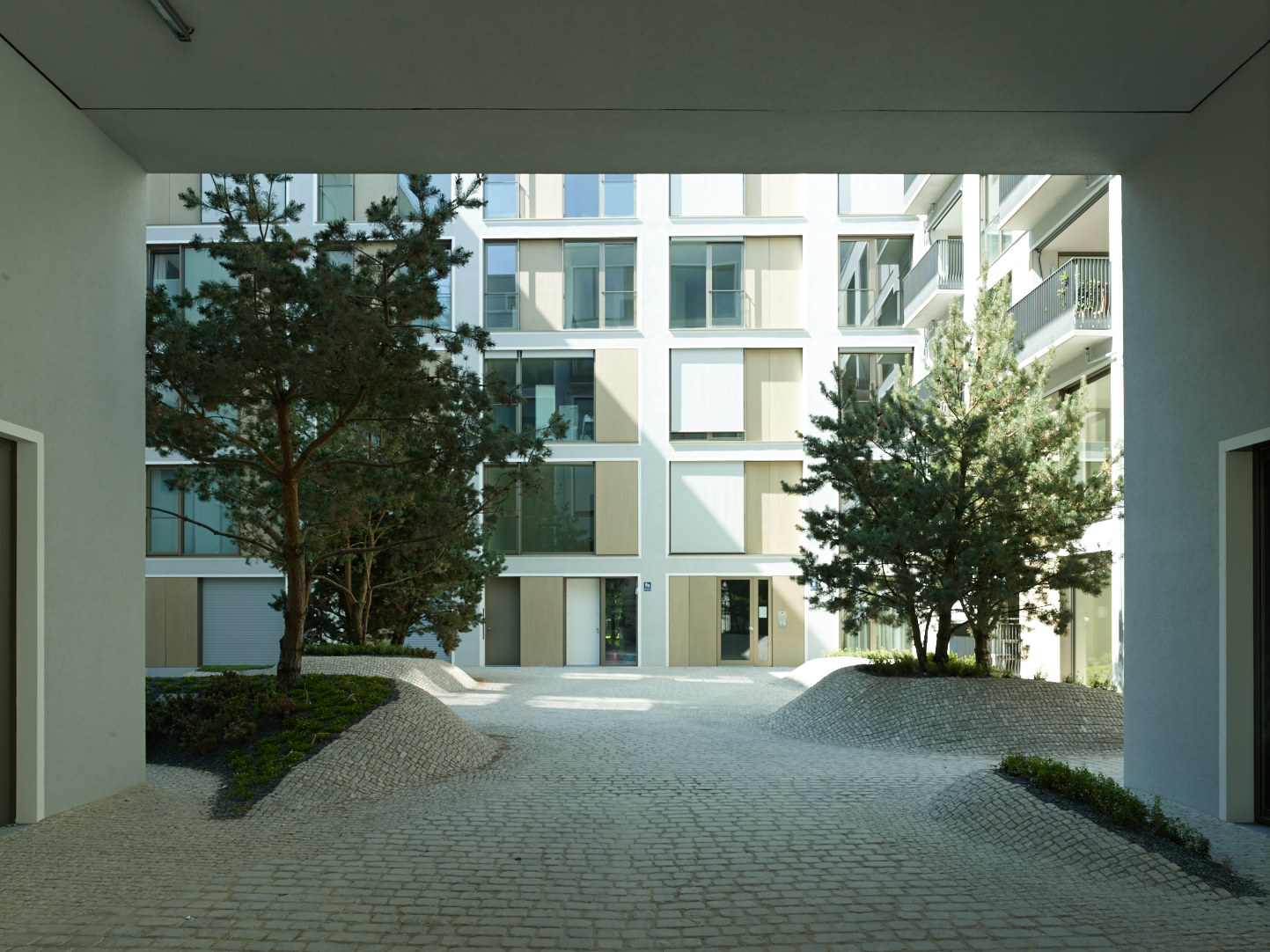 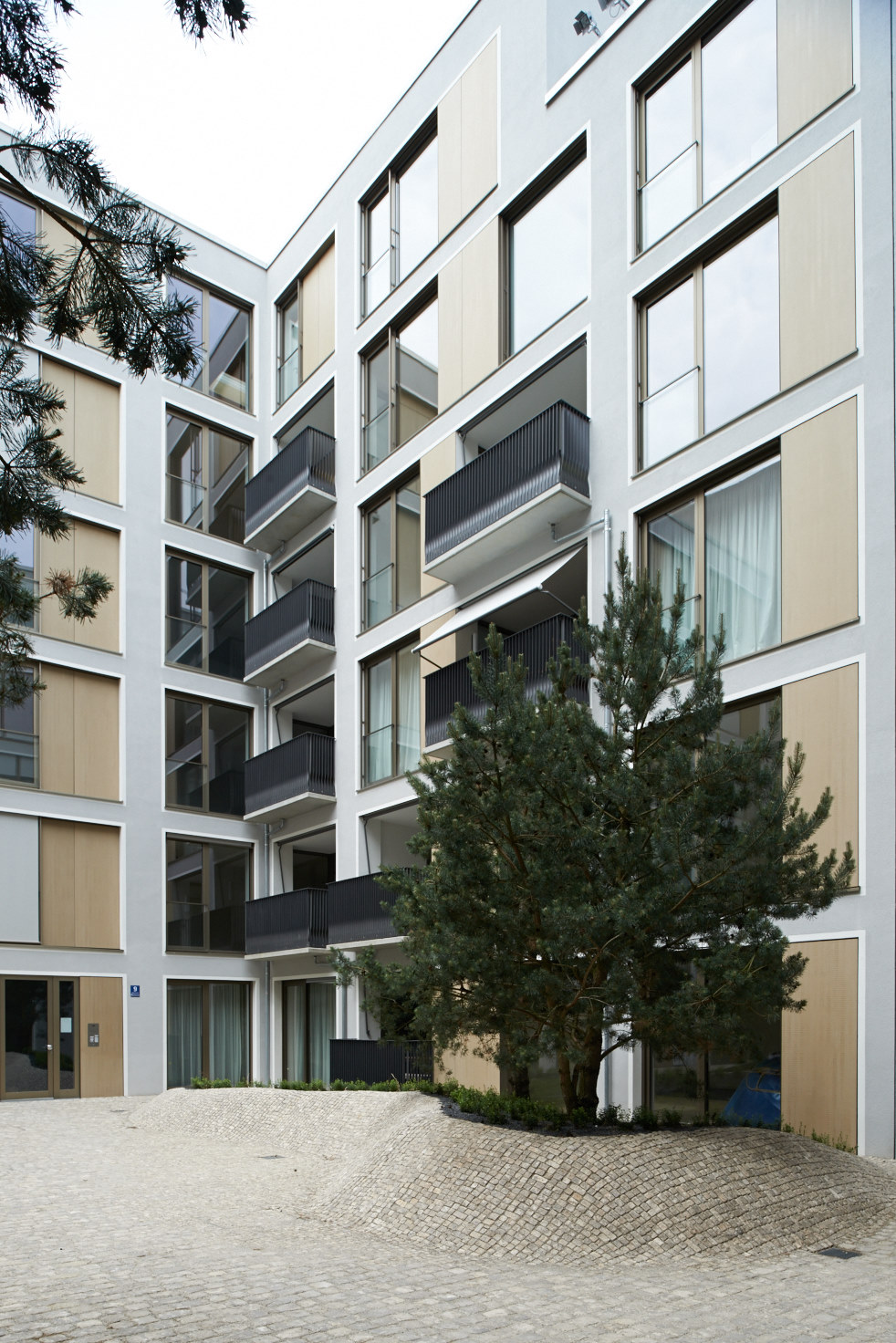 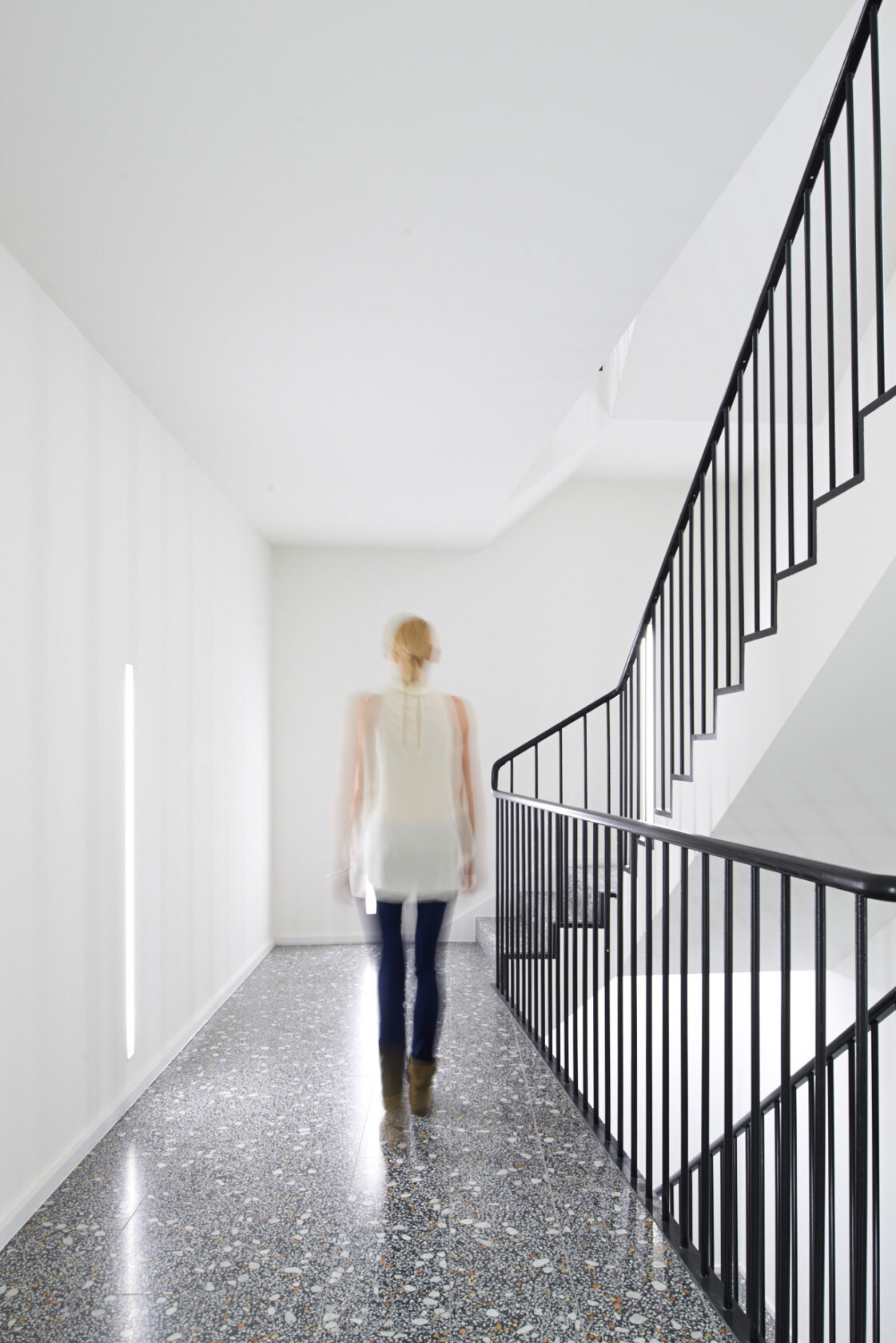 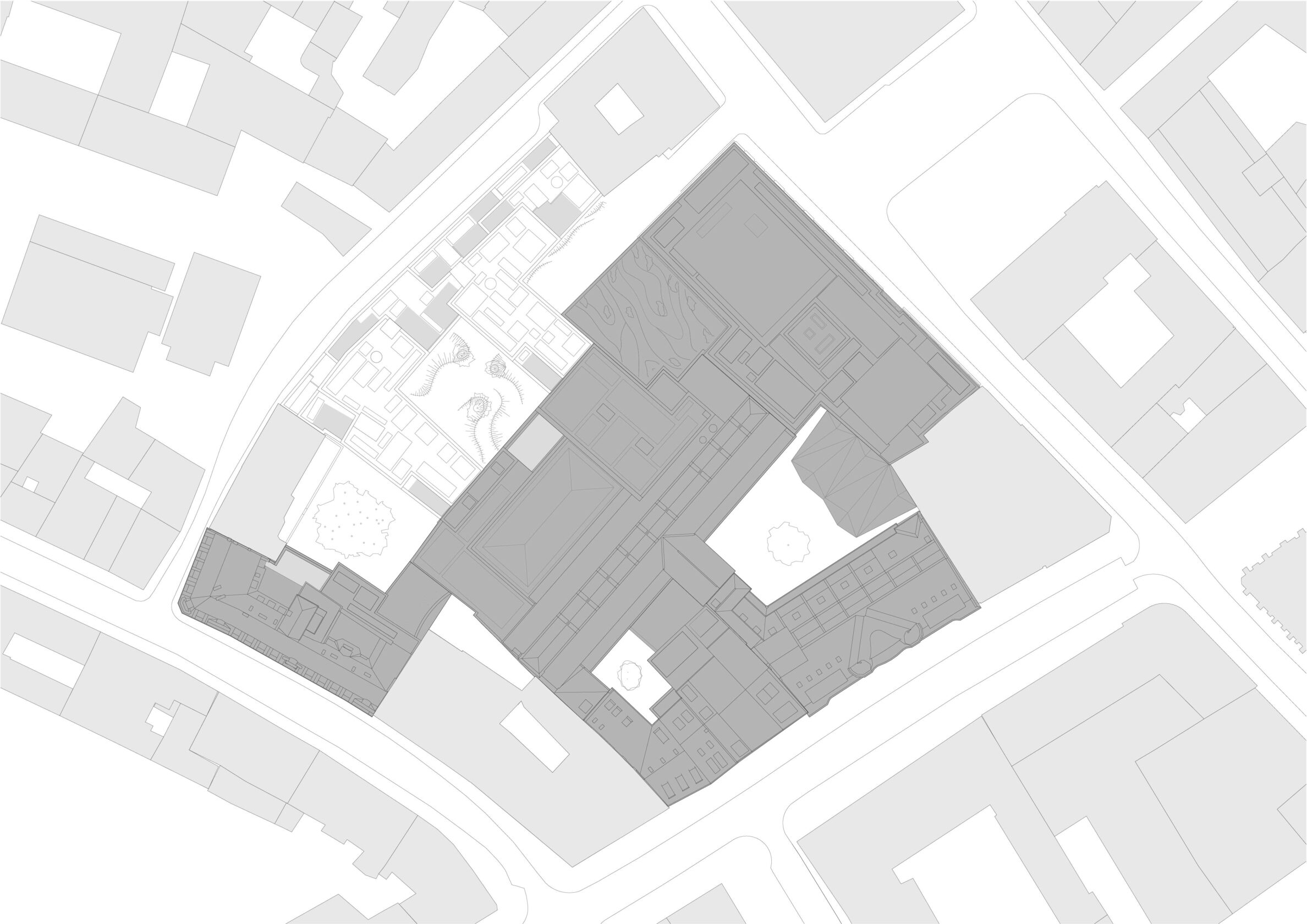 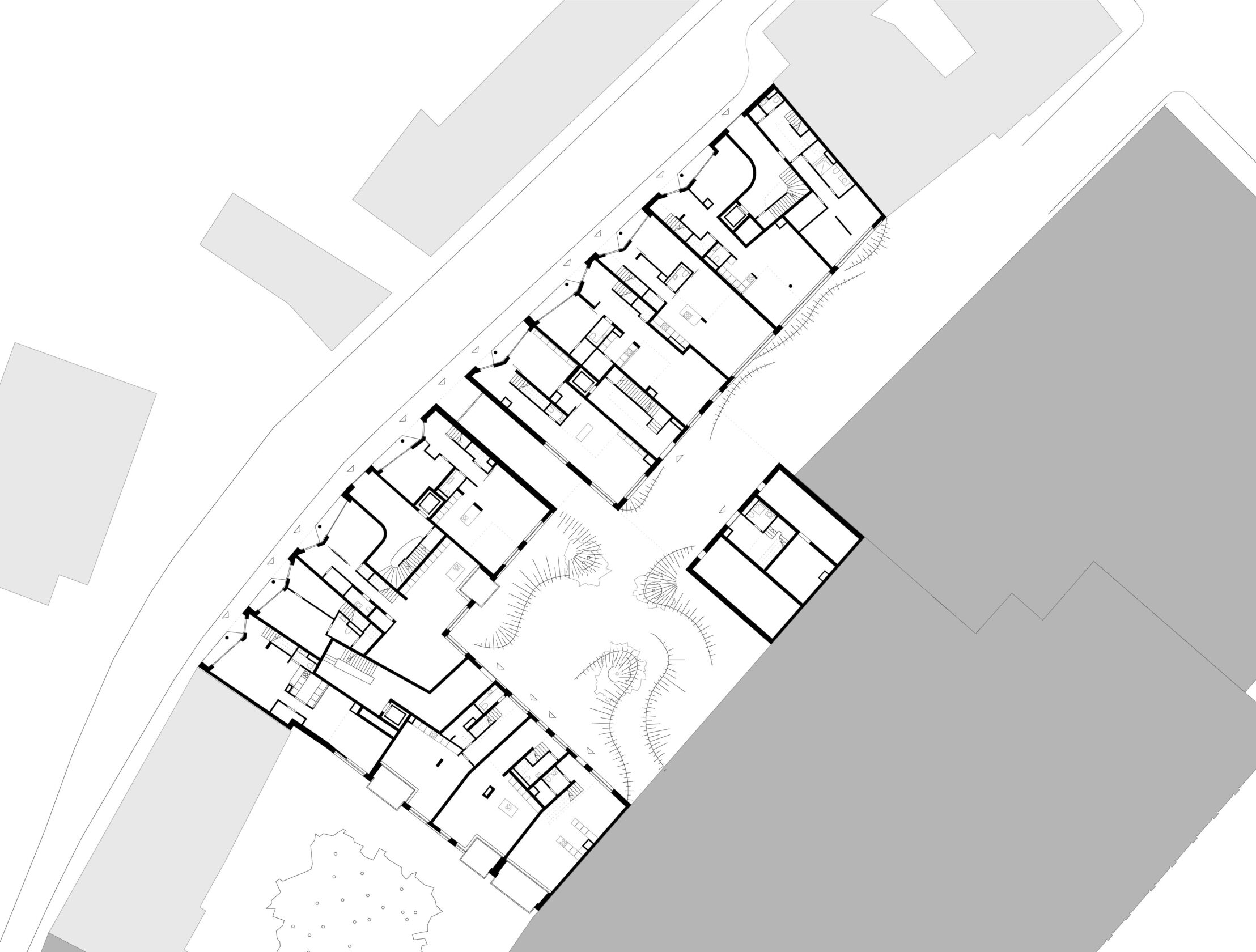 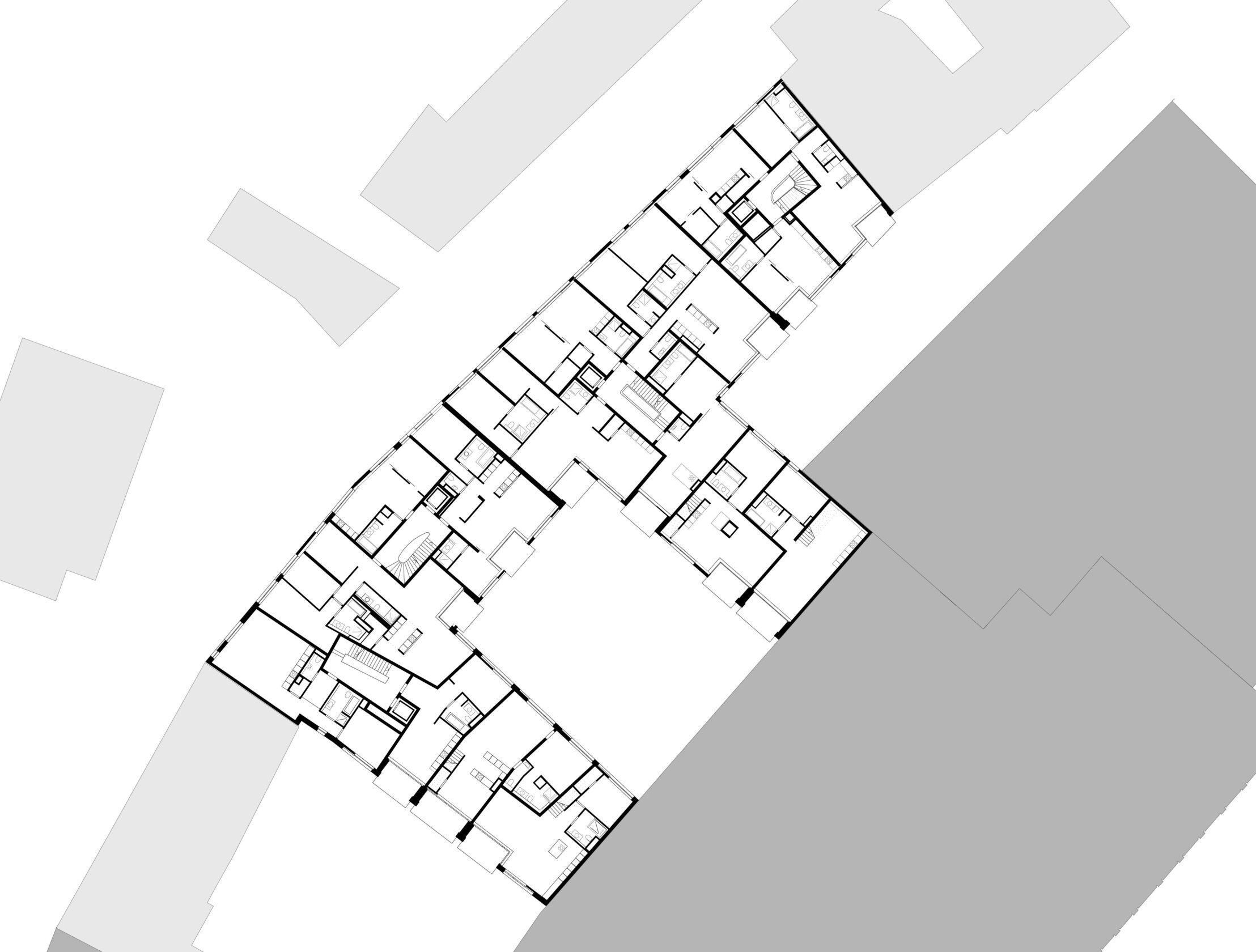 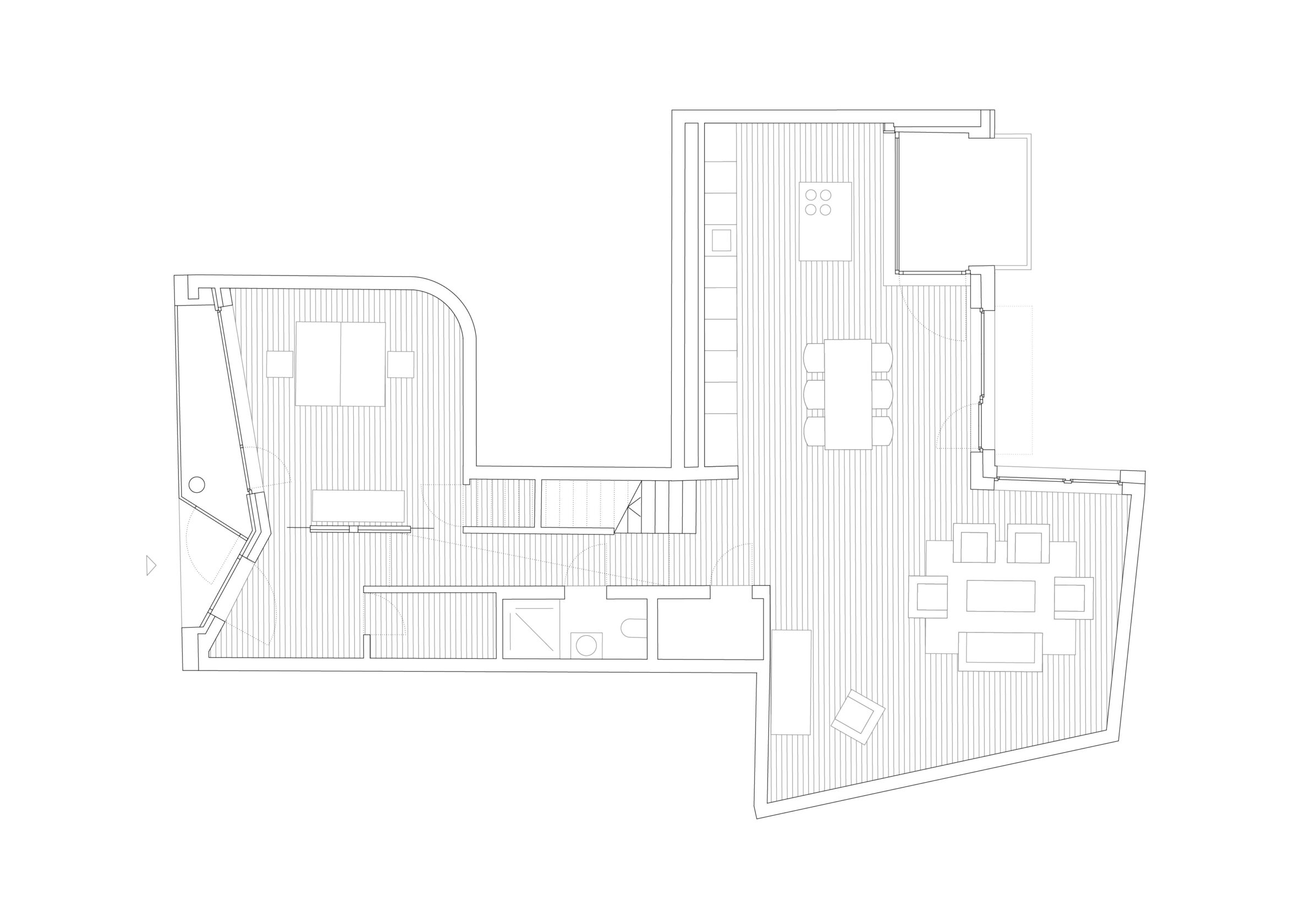 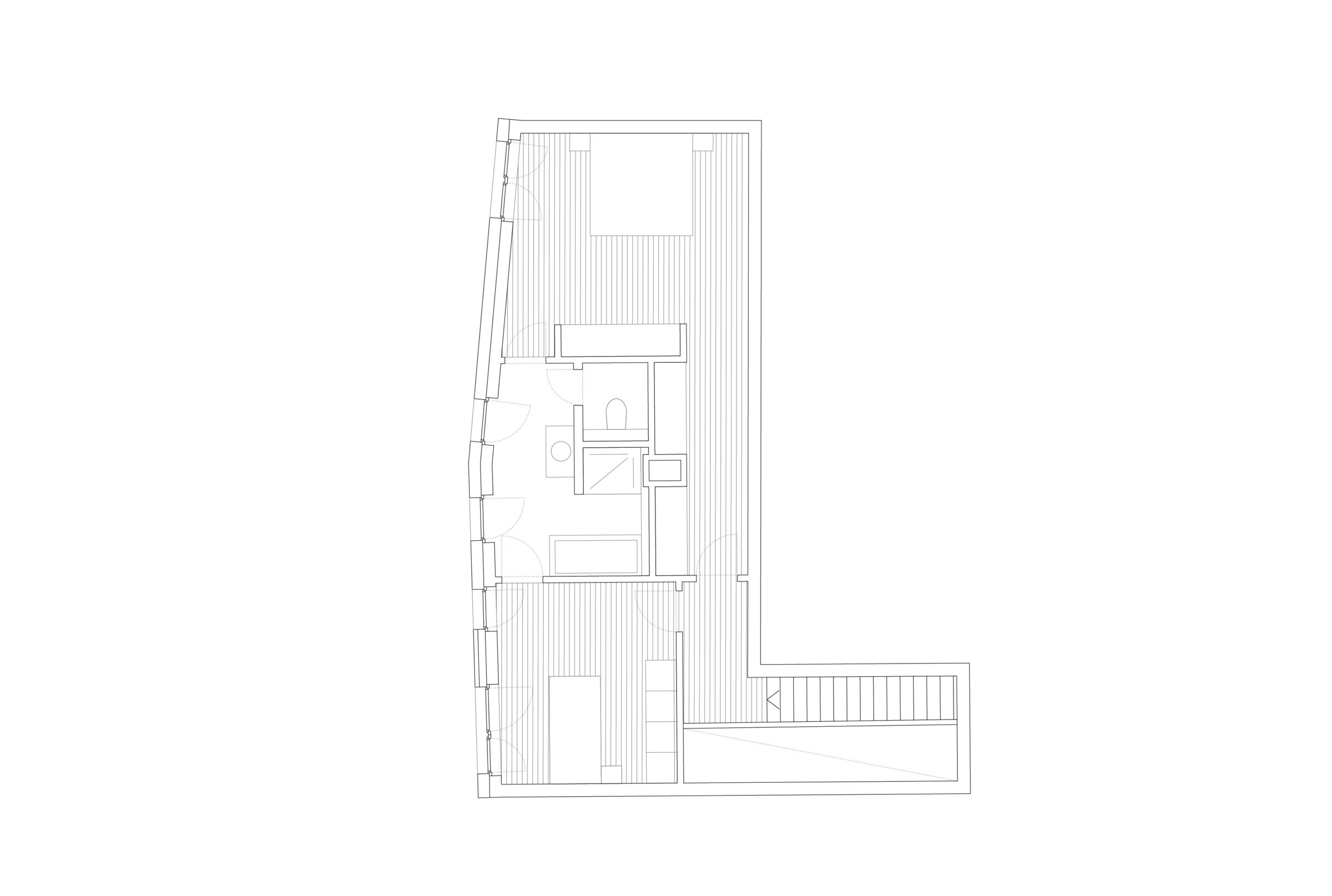 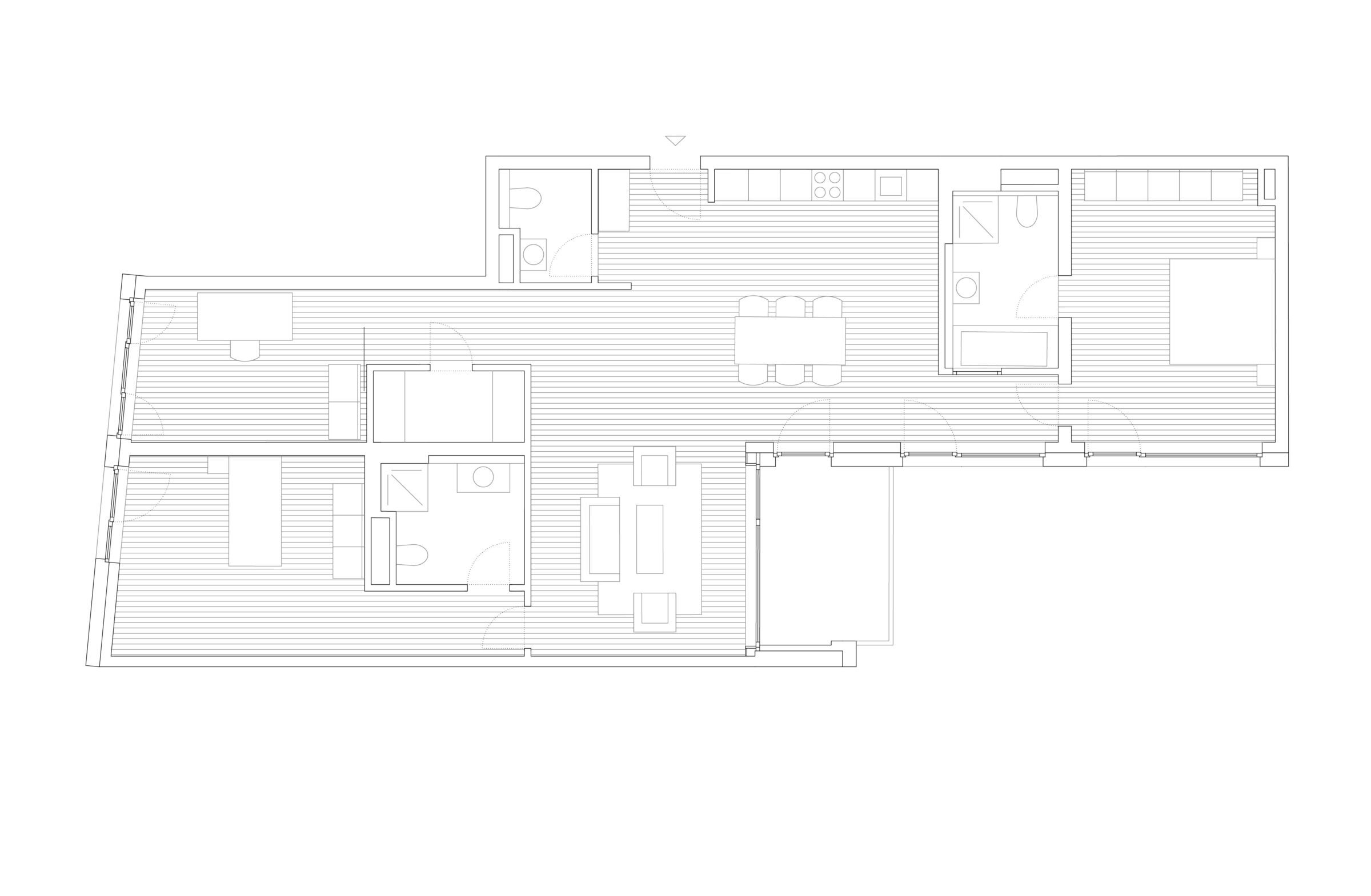 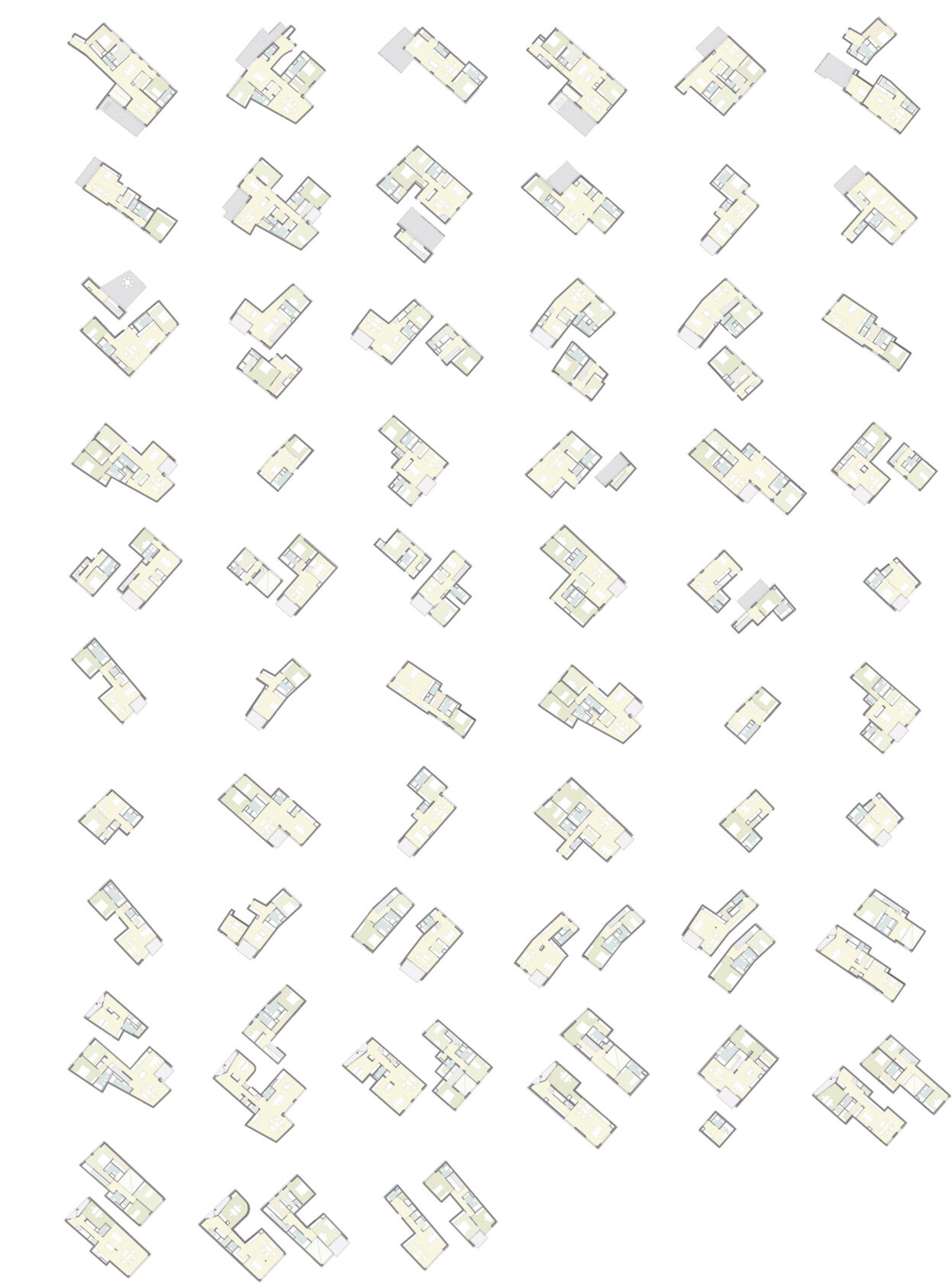