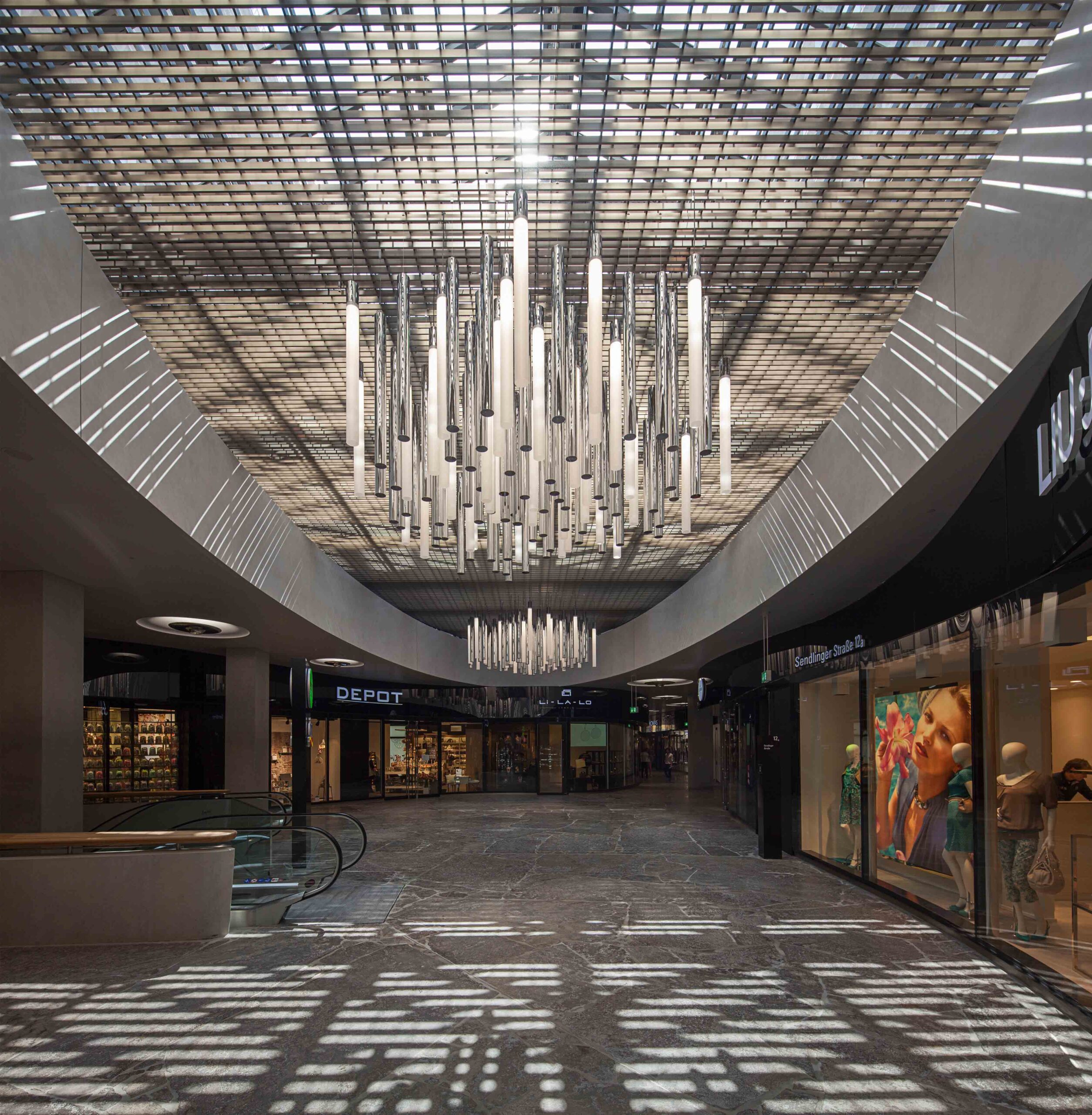 The Hofstatt project comprises the buildings on the former site of the Süddeutsche Zeitung in the centre of Munich. The whole task of the design is to attempt to create in this central location an urban form, a strong consolidation that at the same time respects the intrinsic rights of existing monuments as well as the mature building structure of the block as a whole. To this end, the individual building elements were individually developed according to their situation in the city framework and to their function, and designed as independent parts. In conformity with an old model of the City of Munich, the formally sealed-off square was opened up to the public by means of a public passageway.

Thanks to the design principle that respected the autonomy of the individual elements, it was possible to integrate the immediately adjacent buildings of the AZ (a newspaper), which were first included in the perimeter in the course of the design work, in the final geometry of the passage and thus enable the additional linking of the passage via Dultstrasse in the Jakobsplatz direction.

The seven buildings and building parts that came about in this way were developed according to their relation to the immediate neighbours, their individual history and the functional requirements.

For example, the apartments in Hotterstrasse were designed according to a ‘mobile-static’ principle. Here, it is possible to arrange the walls relatively freely, which everywhere ensures a customized, adequate ground plan and good lighting in the extremely dense space of the inner-city situation.

The individual parts of the design were interconnected and held together by the organic form of the free-swinging opposed strips. An important secondary function of this independent form principle was, in a relatively elegant and unforced way, to seek alternatives in the many landmark-protected supports of the individual building elements.

The buildings in the area between Sendlinger, Hacken-, Hotterstrasse and Färbergraben are used for housing, offices and retail trade. Underground, the buildings are interconnected by up to three basement levels. These contain retail trade areas, parking and building services as well as deliveries and waste disposal. 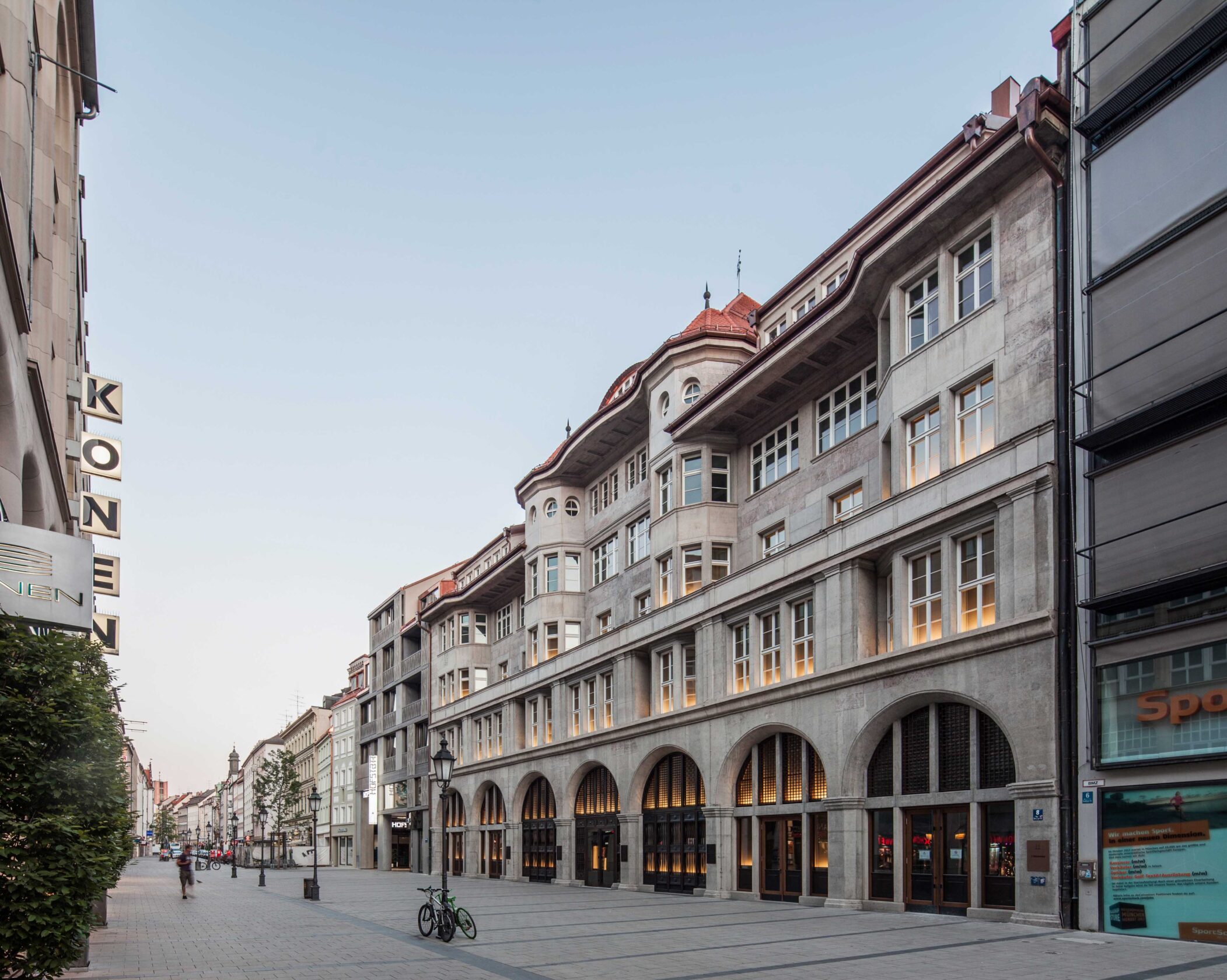 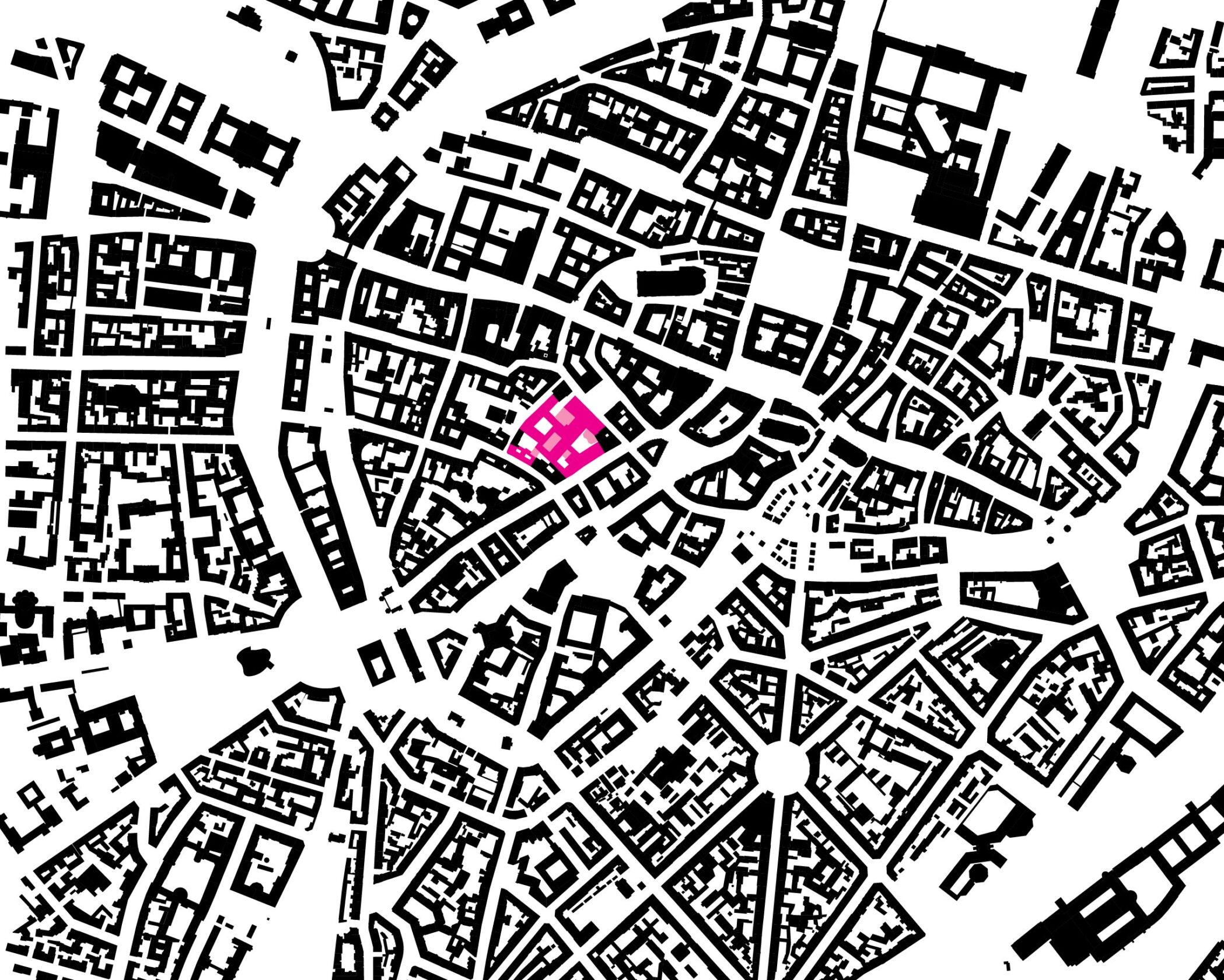 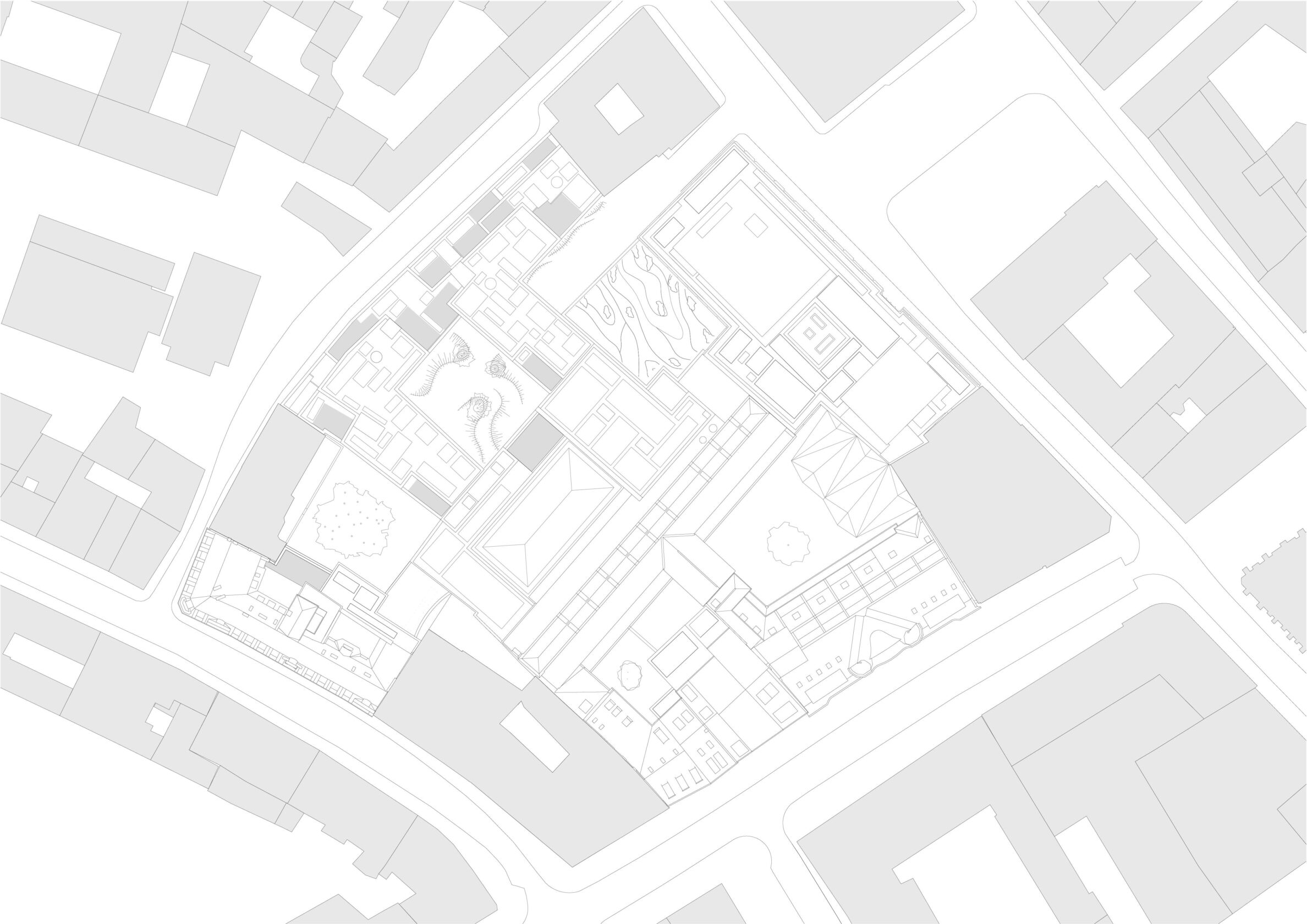 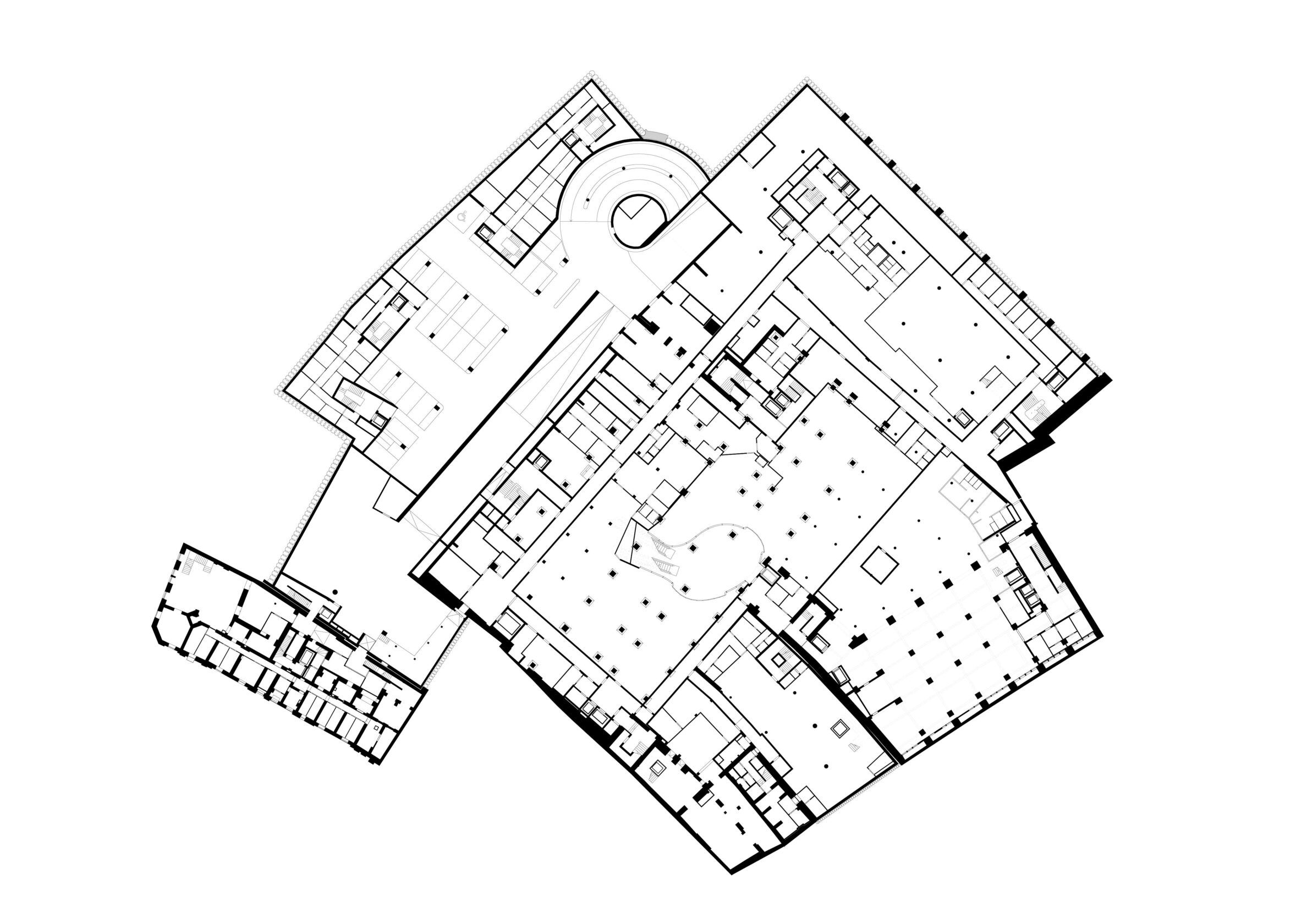 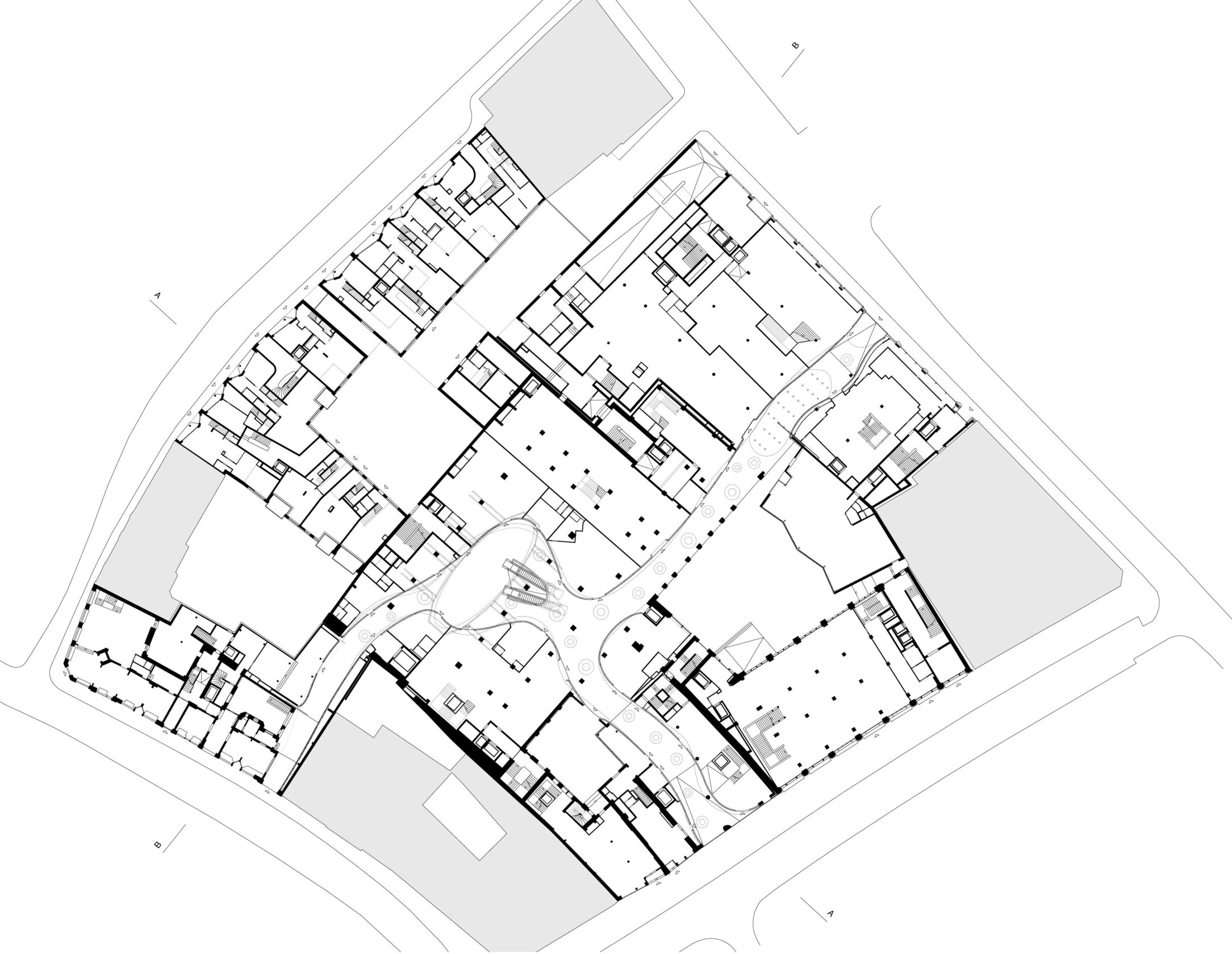 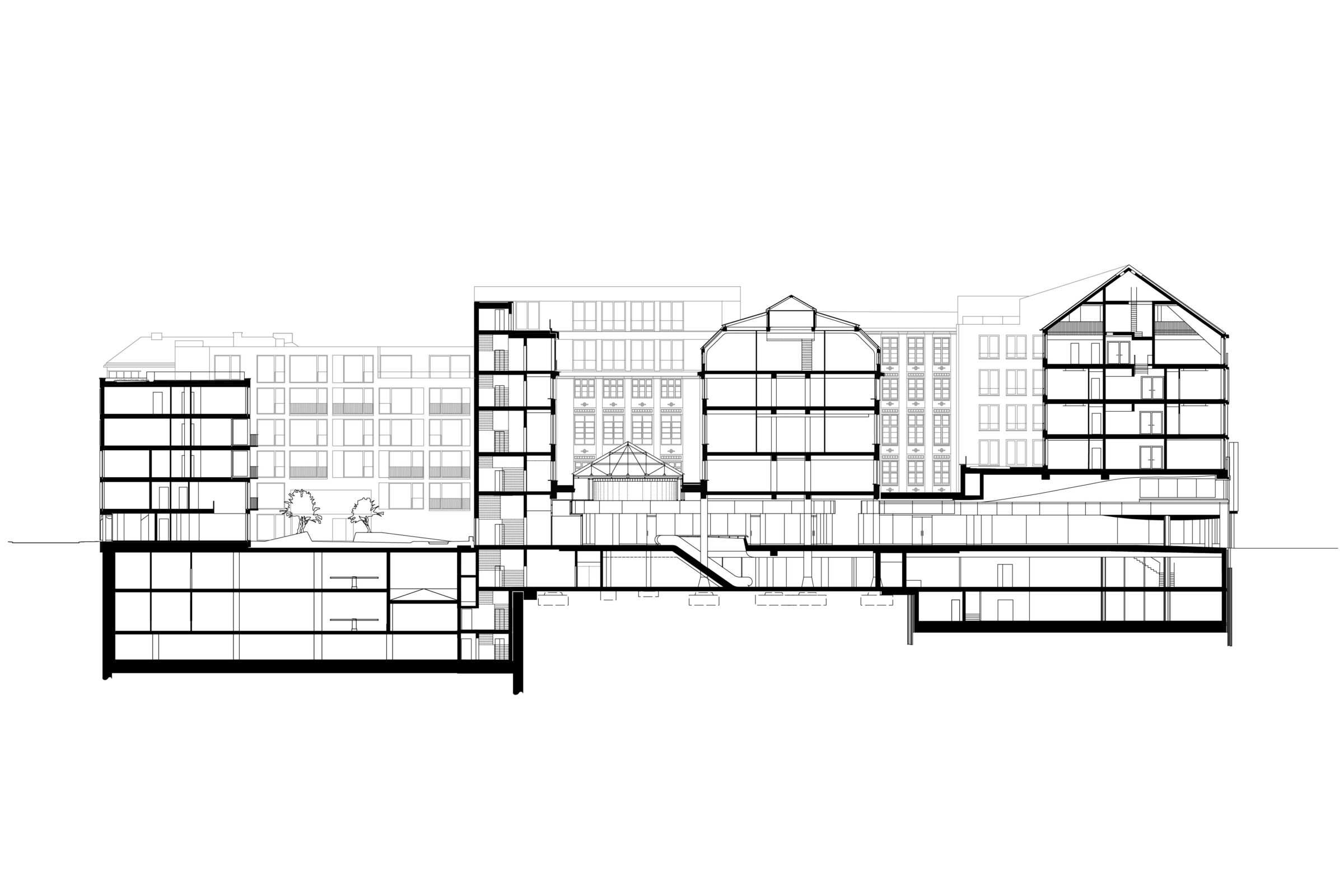 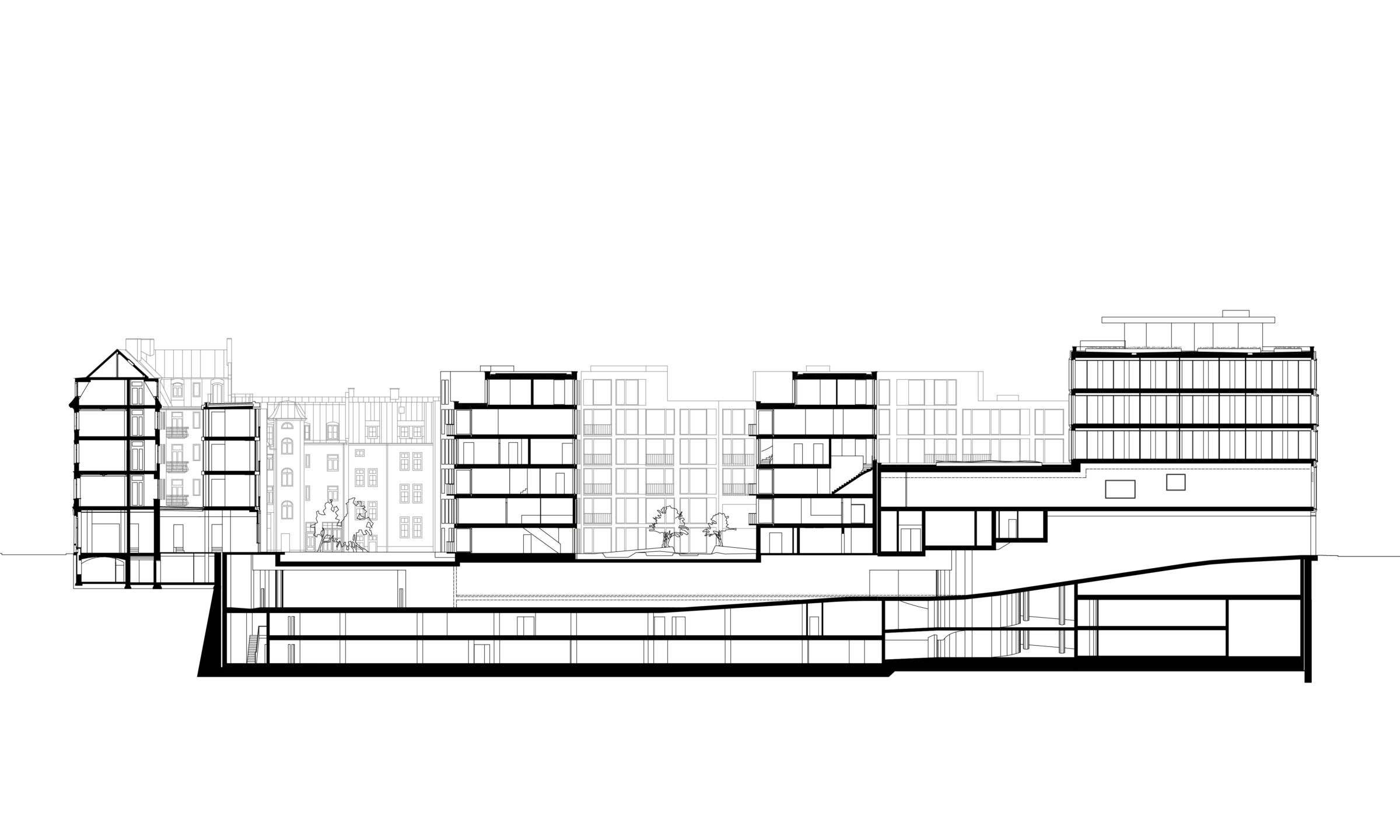