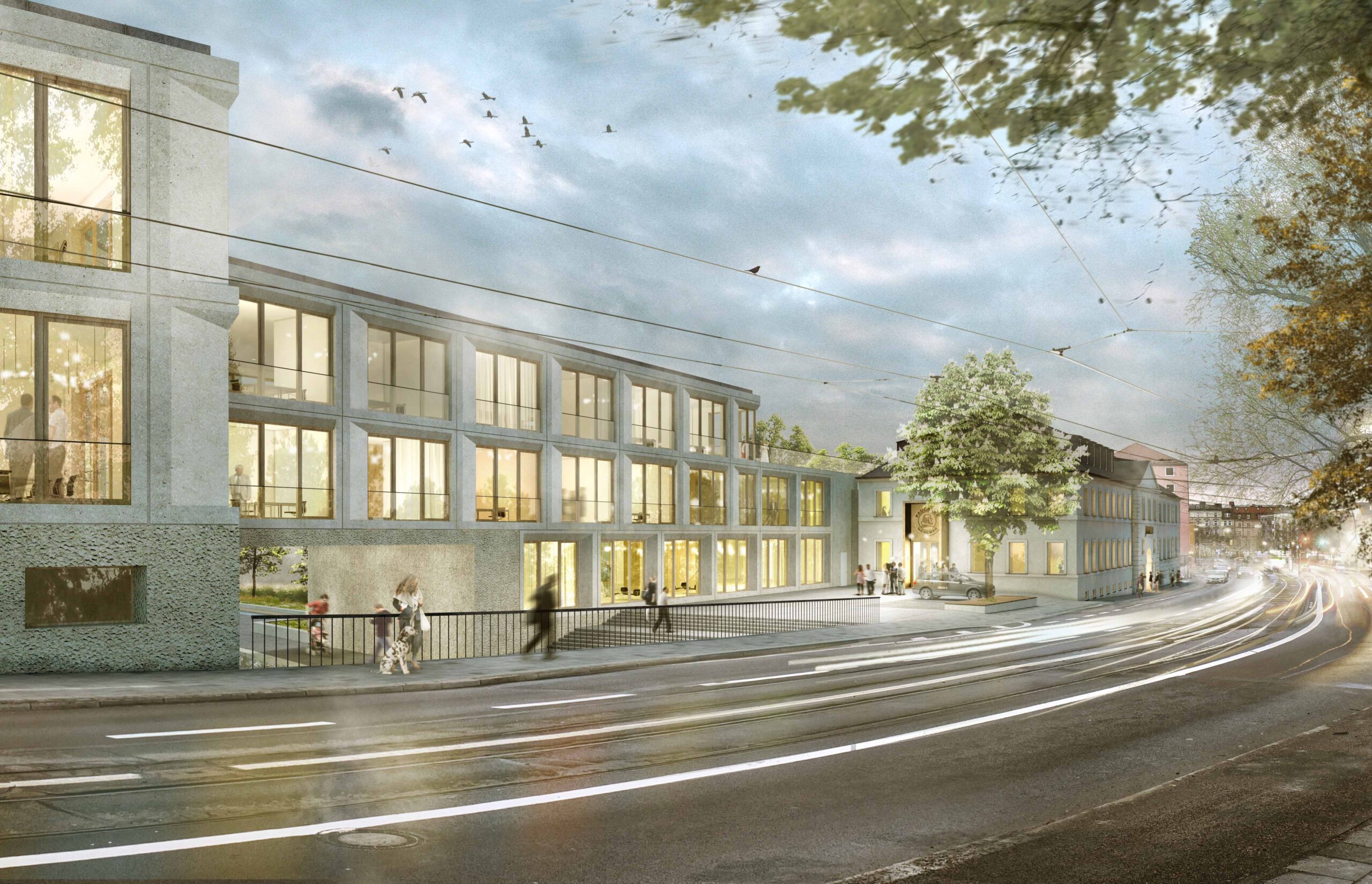 The design deals with two special questions. Just as with the development of the entire area in Ohlmüllerstrasse, the building structure is linked to the fragment of the Zacherl brewery and its monastic atmosphere. At the same time, the wide range of guidelines between function and emotion, tradition and modernity, set the design under extreme tension. This is precisely what inspires our design: from the old and the new, we wish to create a “complete house” that forgets all restrictions and conveys just that peace that enables it to conduct a dialog with the urban environment.

The fragment of the historical old building is completed southwards to restore the original symmetry. On the quiet rear side, the courtyard of the old building is augmented in its historical structure by the adjacent construction and thus forms the starting point of the quiet monastic courtyard structure that we propose for the entire building site in Ohlmüllerstrasse. The reactivated access road on the north side and the public space in the South frees up the whole historic building structure and brings it back as a representative symbol into urban space.

The remaining building structure is developed along Ohlmüllerstrasse, recessed as a stone sculpture across the Auer Mühlbach to the South. Towards Ohlmüllerstrasse itself, the building recess produces a generously sized, central square, which continues the courtyard theme across the boundaries of the site. This square takes on the central access function both for the administration section on the same level and for the representative descent to the promenade along the Auer Mühlbach.

The office landscape is continued at the same level along the access axis that connects the whole building on the first floor. The alternating arrangement of open and closed work areas, tearooms and informal meeting points enables the most varying views of courtyards and landscape and links the interior to the environment. 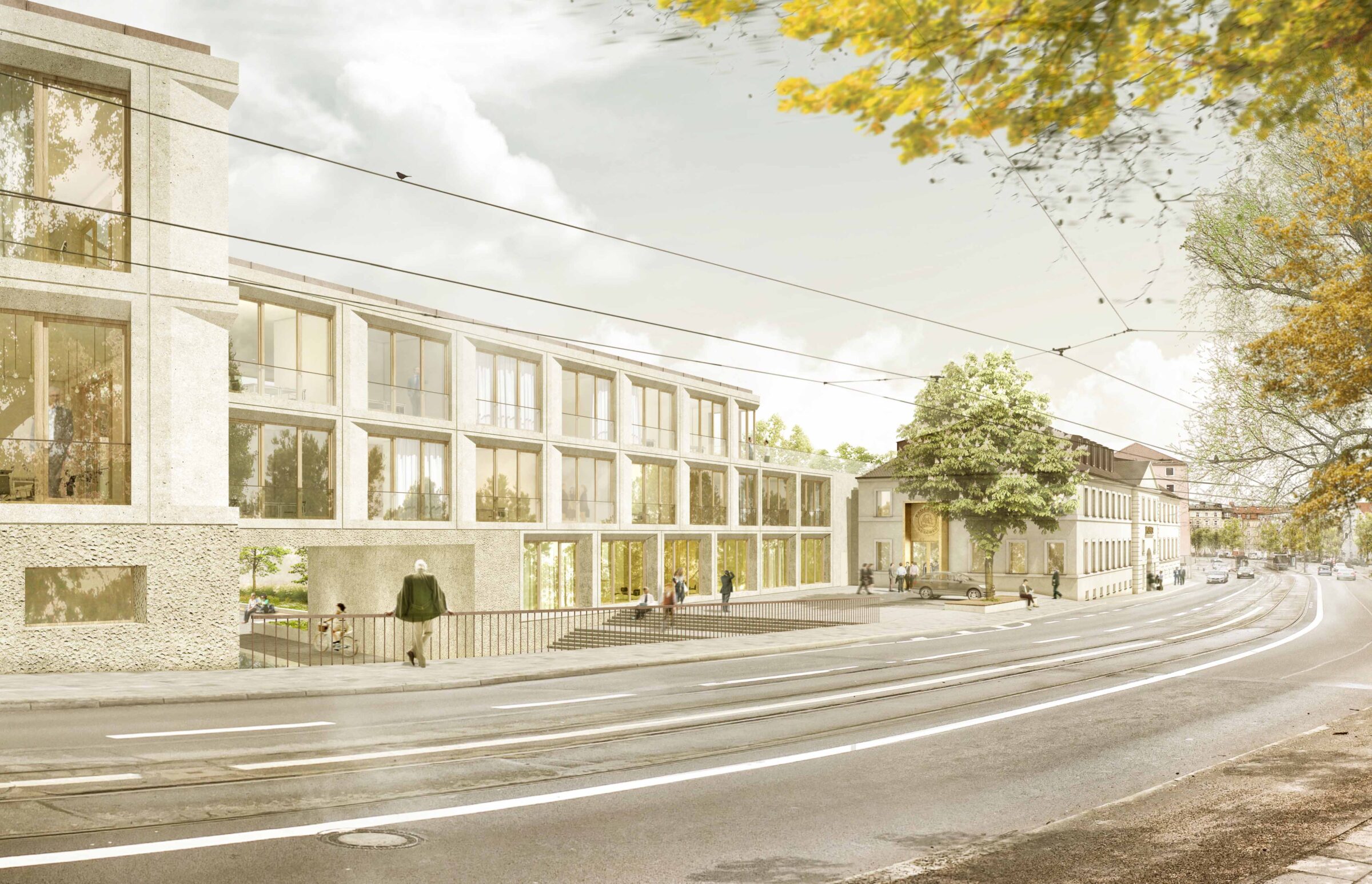 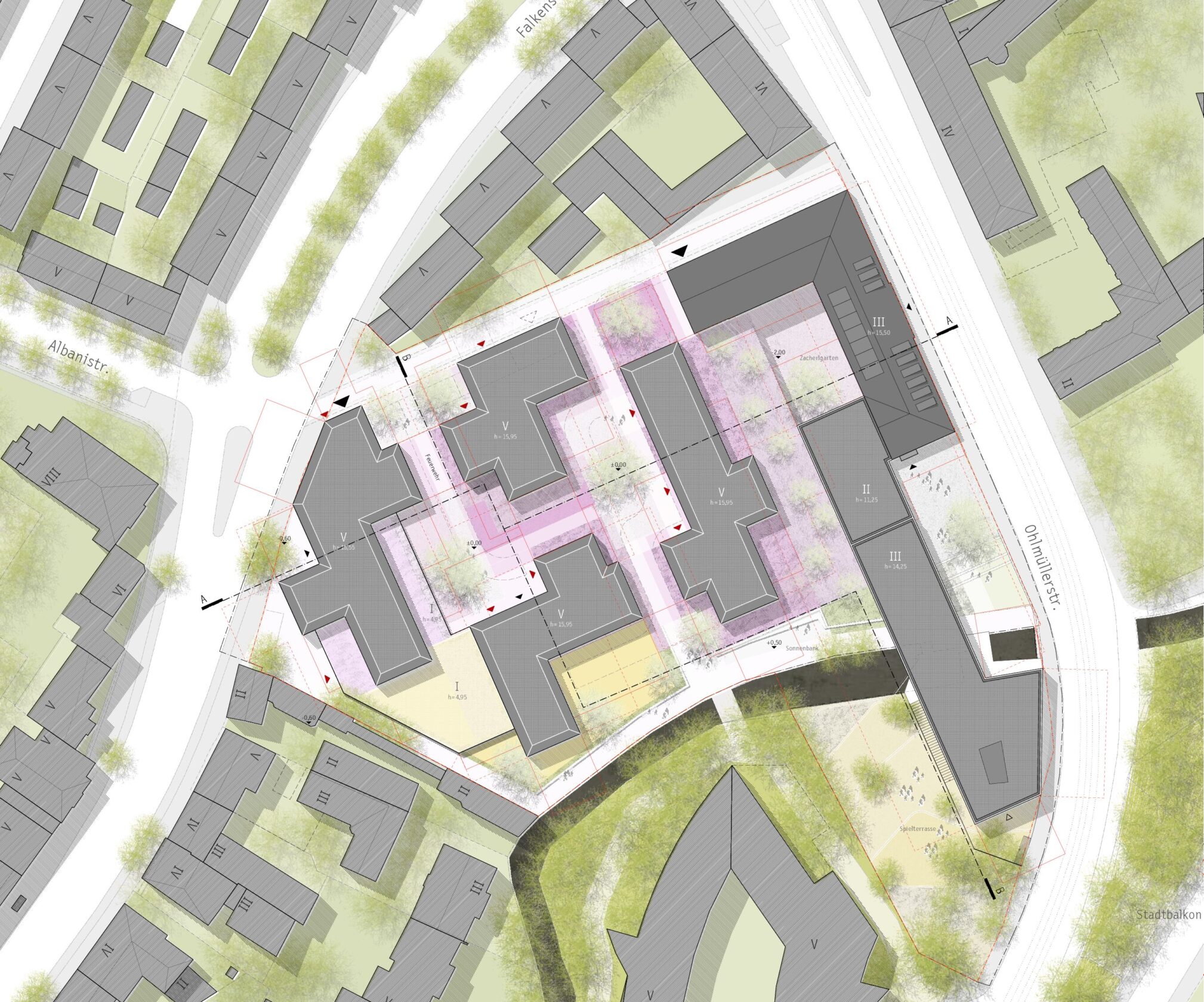 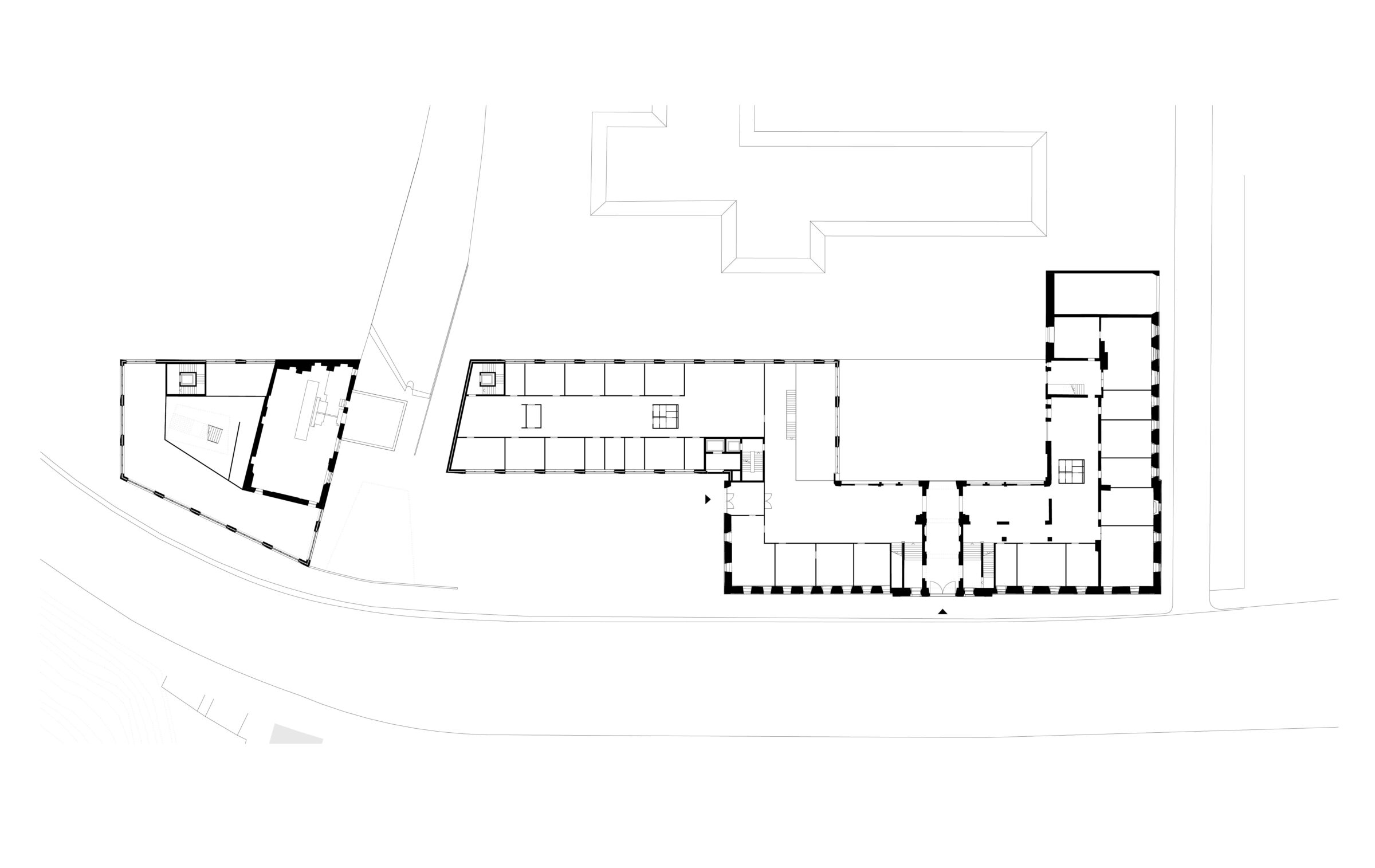 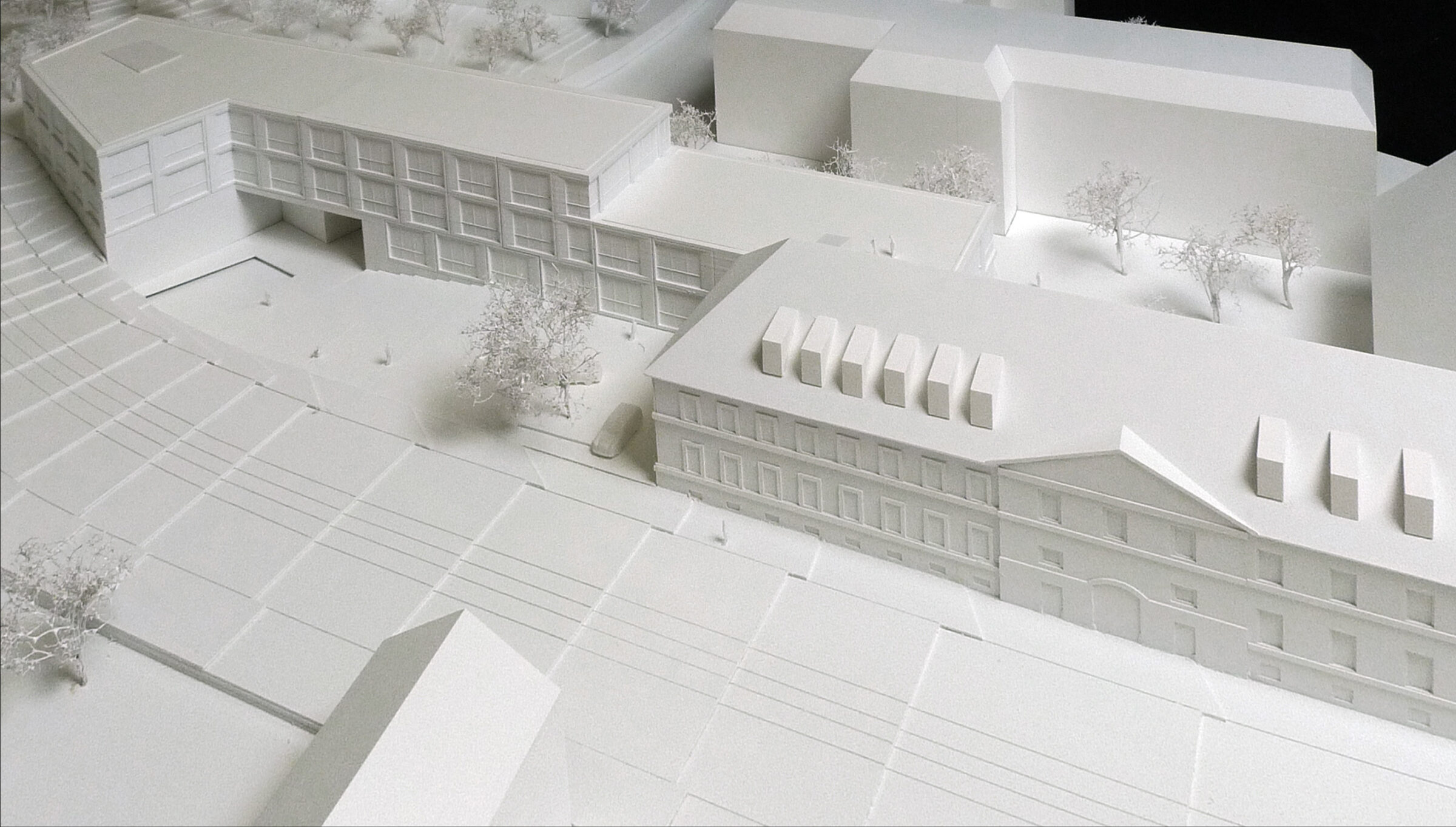 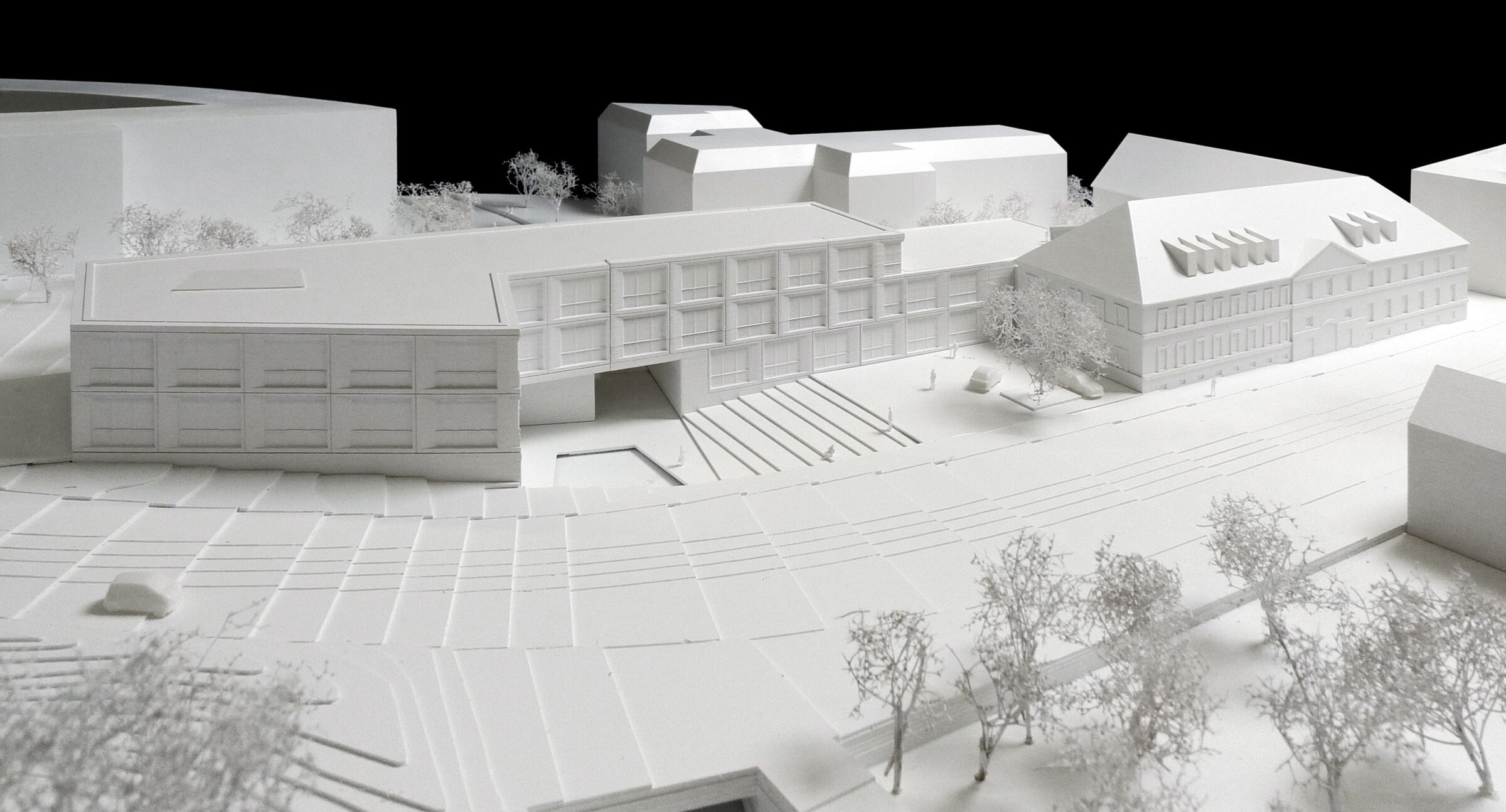 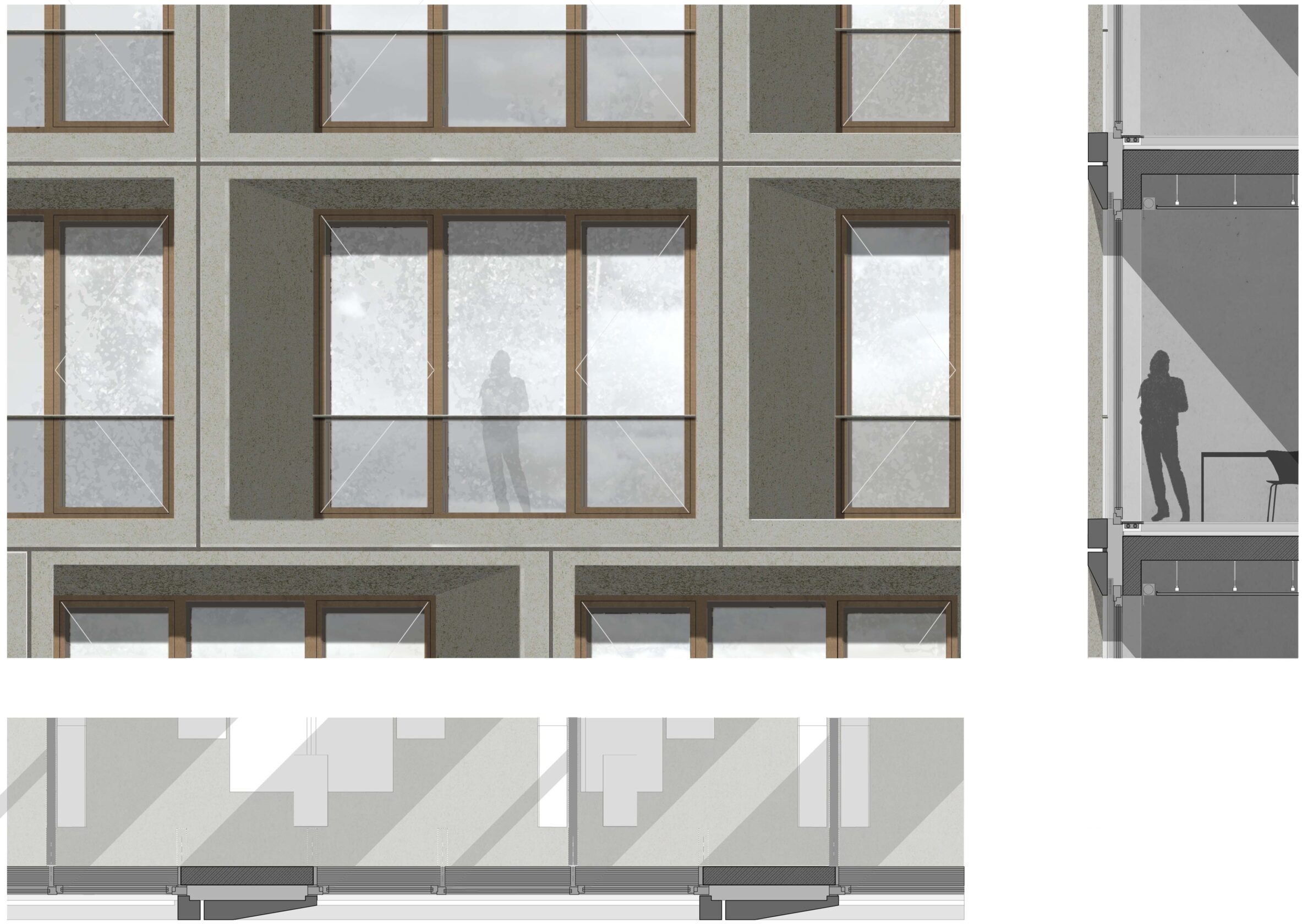