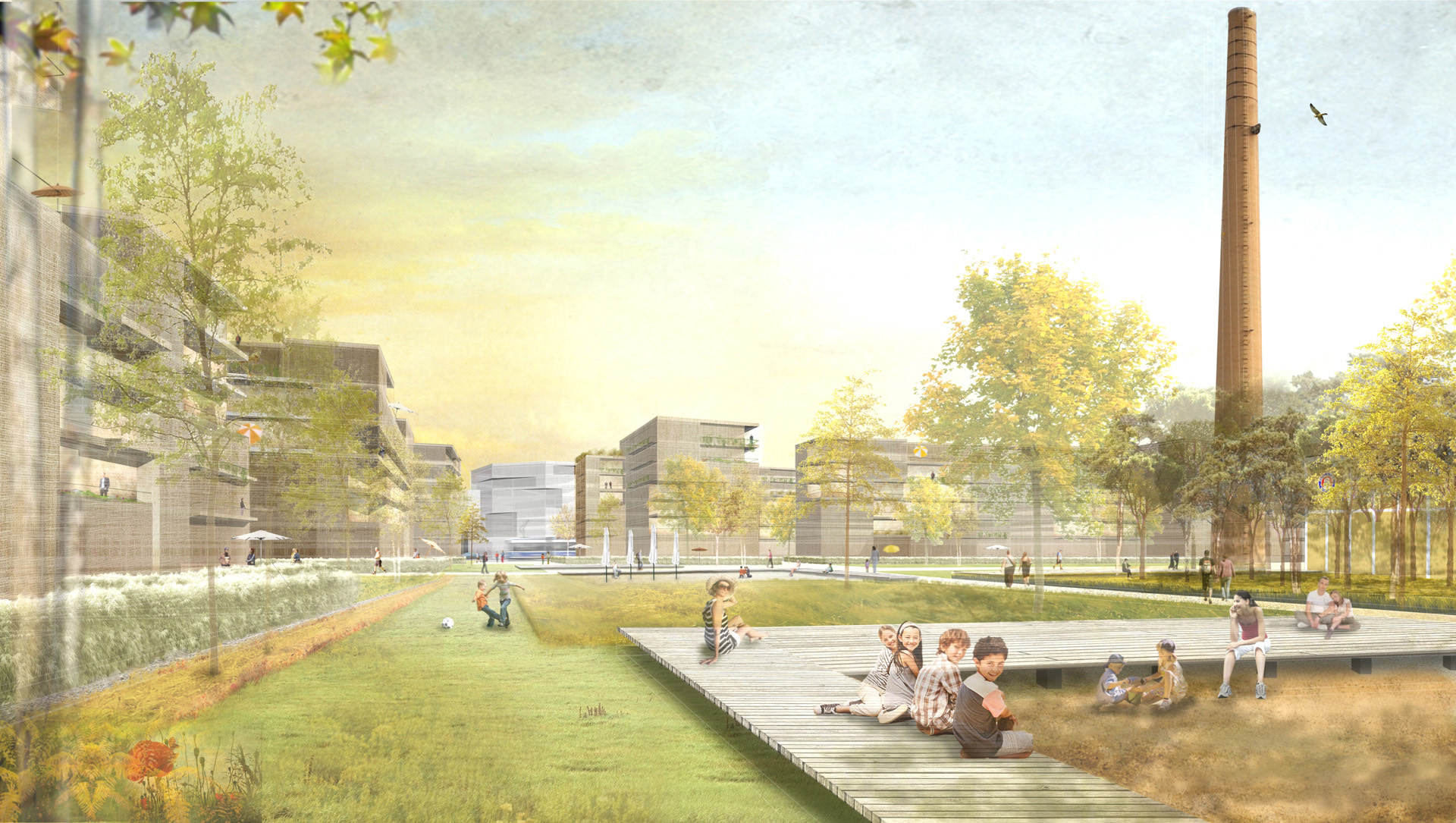 Two important conditions characterised our design right from the start: on the one hand, the integration of the 3 separate areas of the Paulaner brewery in the surrounding high-quality structure of the city area so heavily influenced by Fischer, and on the other hand the historically developed autonomy and the related special status of the areas. The works of art shown here by Victor Vasarely and Helmut Federle stand here symbolically for this fascinating interplay: Vasarely’s playful transition from homogenous forms to a freely composed structure, and Federle’s composed and flowing rooms, consciously placed under tension.

The genetic code of the dancing courtyards forms the morphological basic structure in all 3 parts of the design and is further developed in a varying manner in the conscious handling of the different urban situations. Common to all areas is a diverse figure-ground relationship between the building and free space.

The design for the brewery’s new administration building pays respect to the historical building substance of the former Zacherl building, particularly with regard to the historical, monastic introverted building and courtyard proportions, which also suggested the rhythm for the dancing courtyards in Ohlmüllerstrasse.

The individual designs were developed in this field of tension between fixed and flowing rooms, public and private. Different variations on the basic theme unfold across the street space, particularly within the construction spaces, and these variations give the individual areas their own character. Whereas largely closed street spaces fit into the surrounding urban landscape, the interior is characterised by courtyards consciously planned to create tension with each other, and related by specific passageways, views and spatial contexts.

The new local park stretches north-south between Regerstrasse and Hochstrasse. The new footpaths follow this axis to the residential areas where they are widened and raised to form game platforms and integrated in the park landscape. Between the elevations of the terrain are lowered, more intimate areas that create the necessary distance and a gradual transition to the more private free space in the housing area. 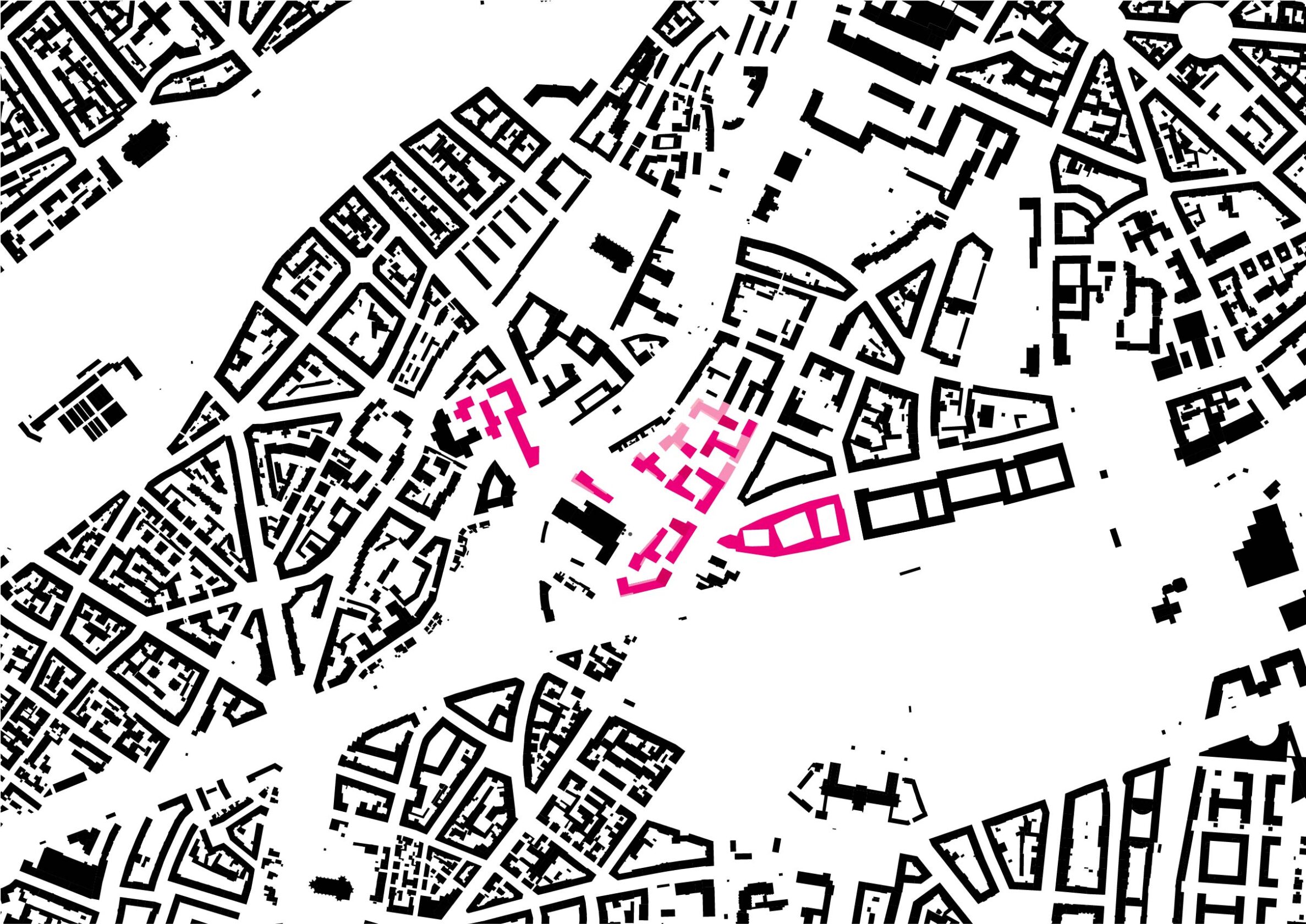 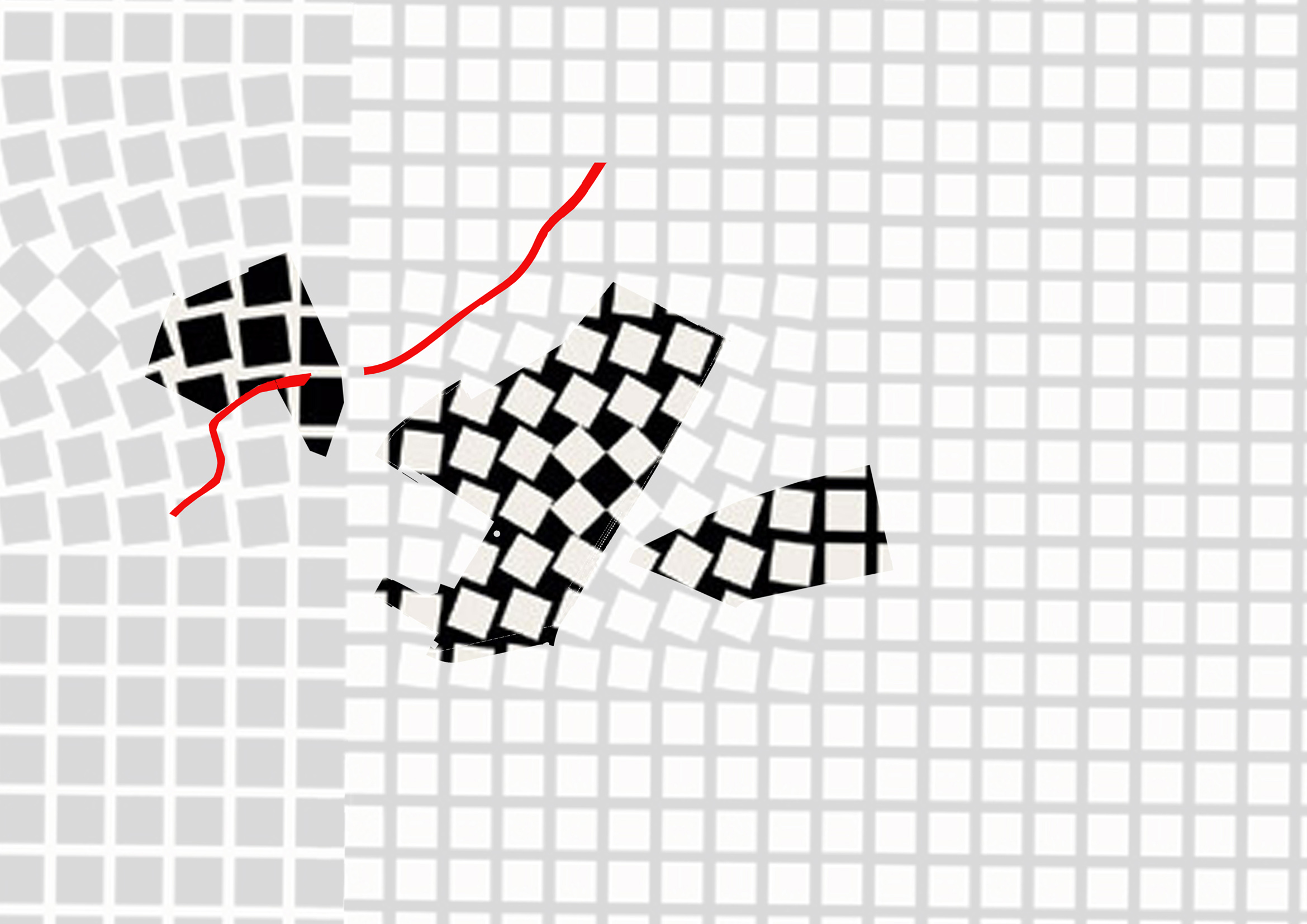 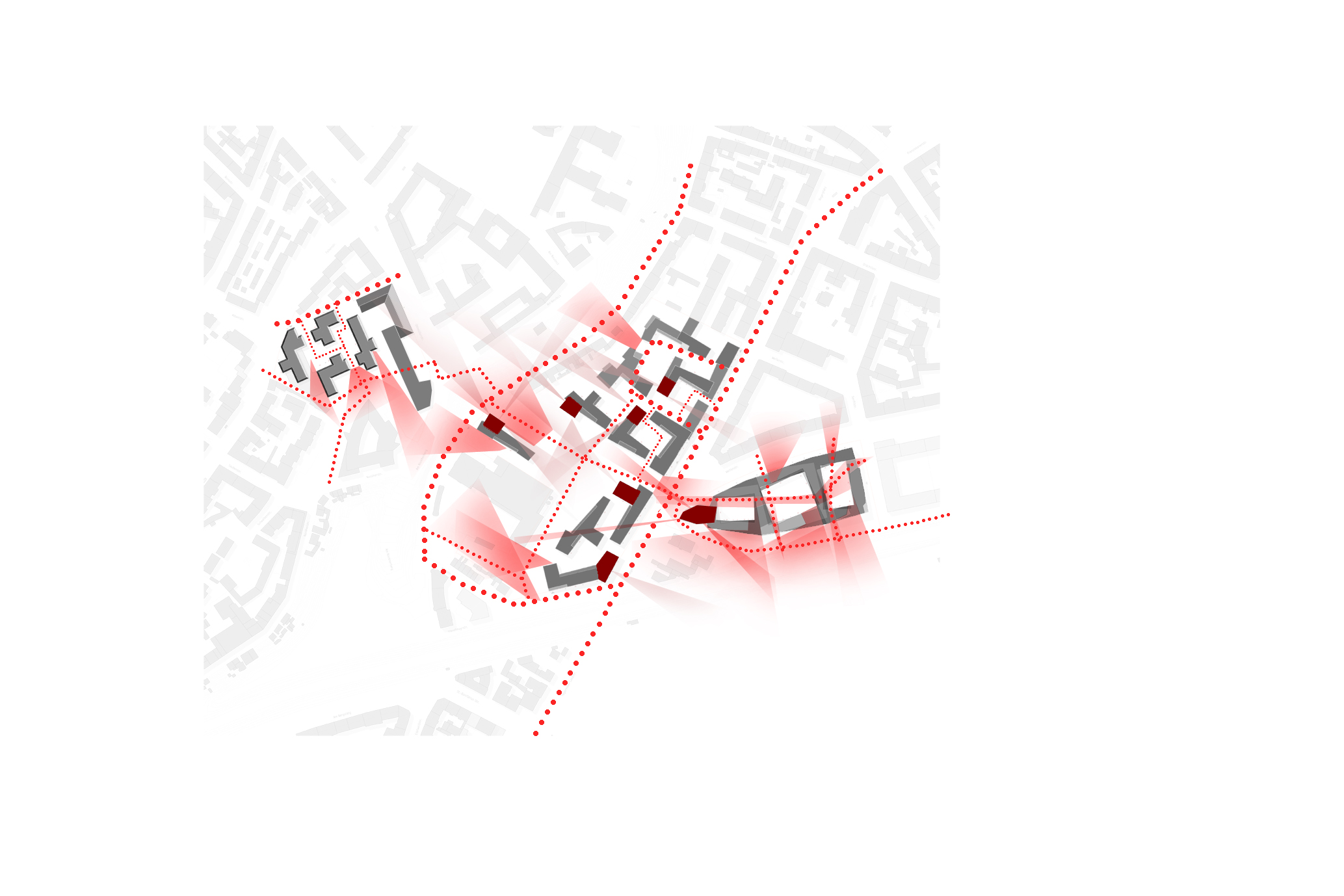 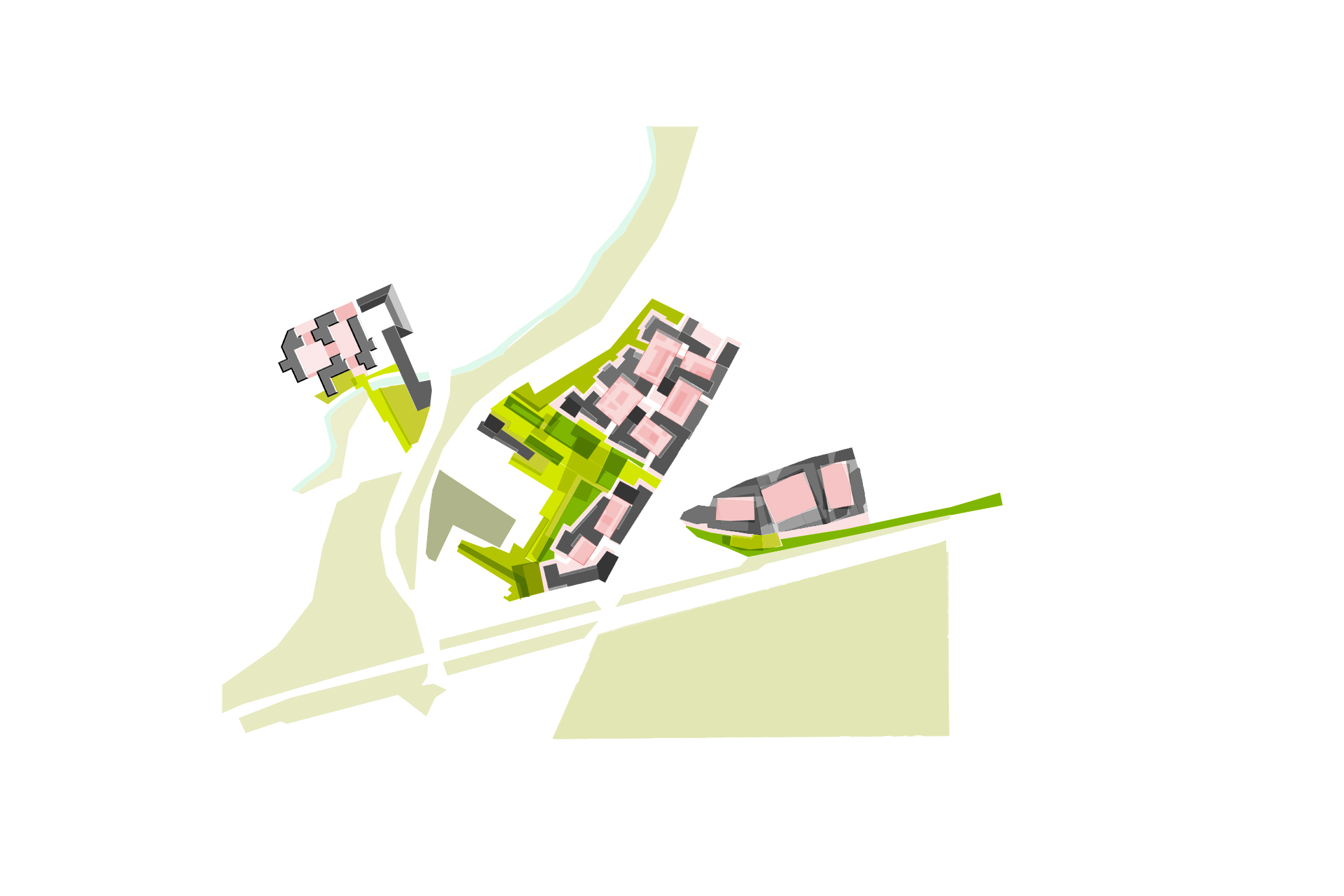 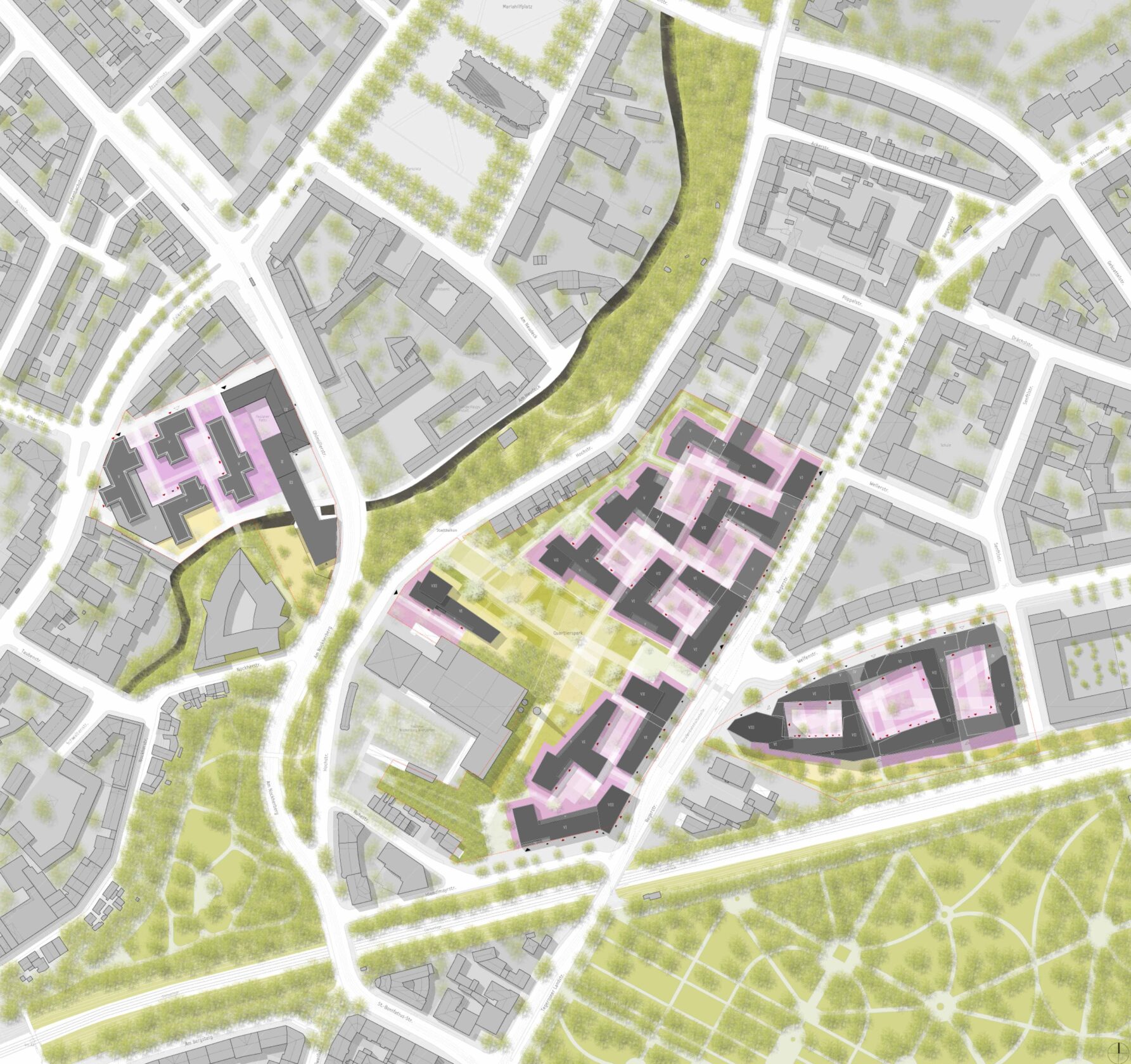