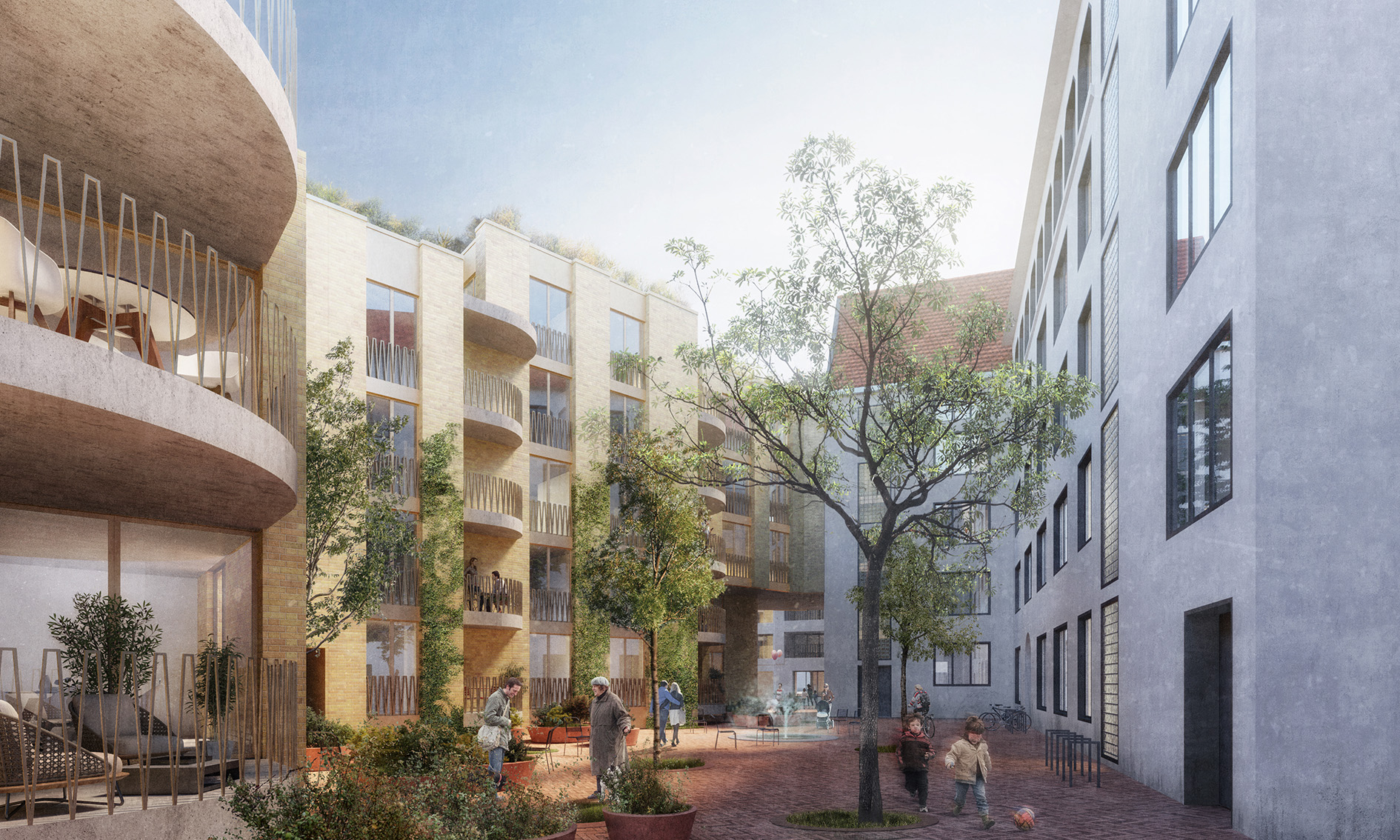 Residential and Commercial Buildings in Lehel

On the one hand, the design of the rear building deals with the reorganization of the entire interior of the block and deliberately plays with the mysterious atmosphere of the second row.

The industrial-looking, clearly gridded rear facades of the perimeter block buildings give the courtyard the character of a factory yard and form the urban backdrop for the new housing.

The facades of the new building fold out towards the courtyard, opening up views into the depths of the space and thus offering an optimal orientation of the apartments and loggias towards the south. The floor plans themselves are designed to be spacious and flowing with a variety of views and spatial references around the large loggias. Greenery on the facade and on the roof surfaces of the terrace house additionally lend the courtyard space the atmosphere of a Spanish patio.

The listed existing building on Liebherrstrasse remains in our design as a predominantly commercially used building. Only from the fourth floor onwards, under the roofscape so characteristic of the building, will residential space be provided. This reduces the encroachment on the existing building to a minimum. On the upper two floors, two-bedroom maisonettes are lined up like small townhouses.

The listed corner building on Thierschstrasse will remain in its existing basic structure. The generous room proportions characteristic of the old building is also retained in the apartments.

The townhouse of classical austerity on Thierschstrasse structurally complements the neighboring listed buildings. At the same time, the building is designed as a skeleton structure, which makes it easy to convert the building to other uses in the future. On the standard floor, two four-room apartments organized in a continuous pattern enclose two one-room apartments oriented on one side to the south. On the top floor, the space expands spectacularly into the air. The concrete skeleton forms the perceptible framework here. 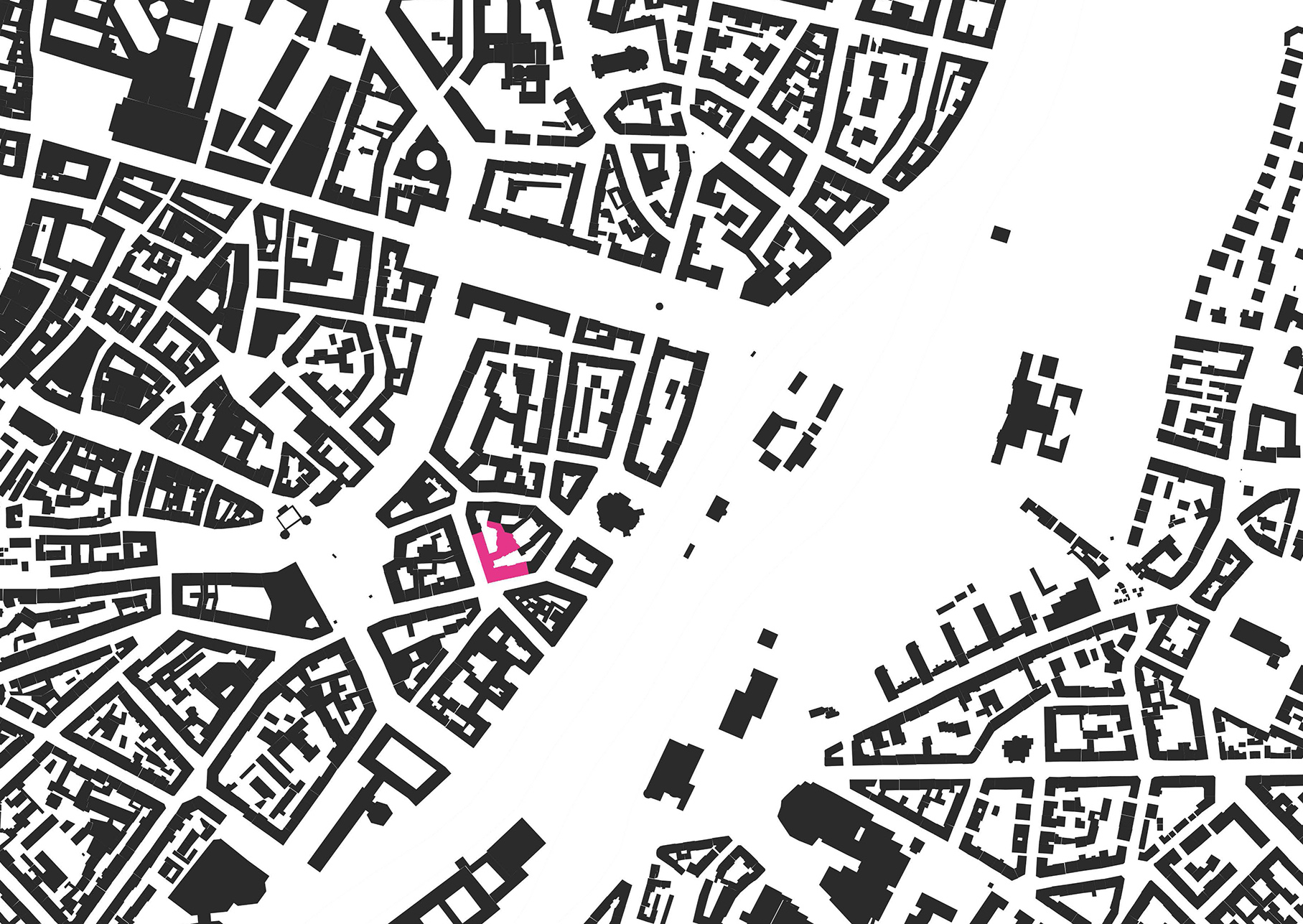 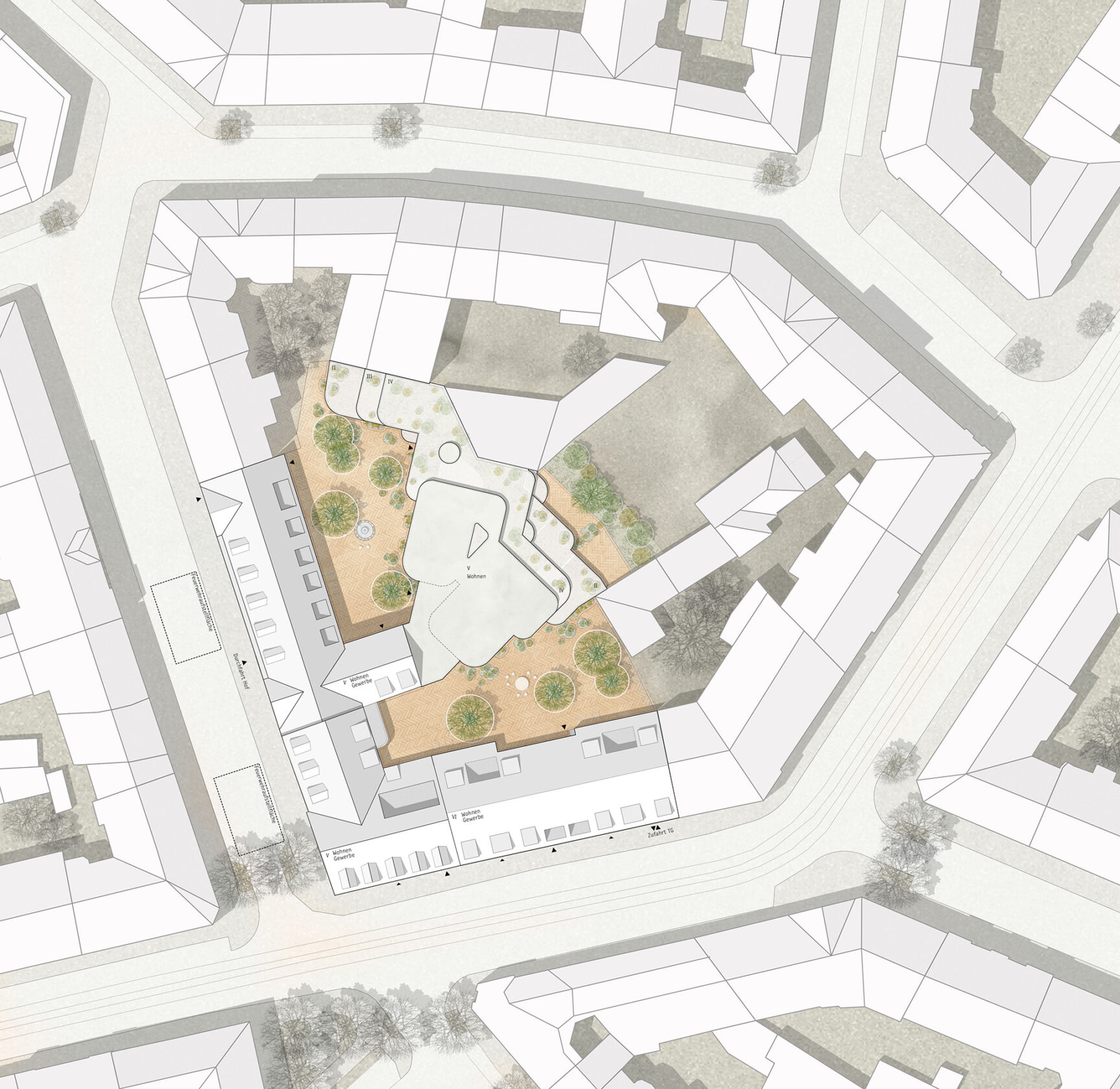 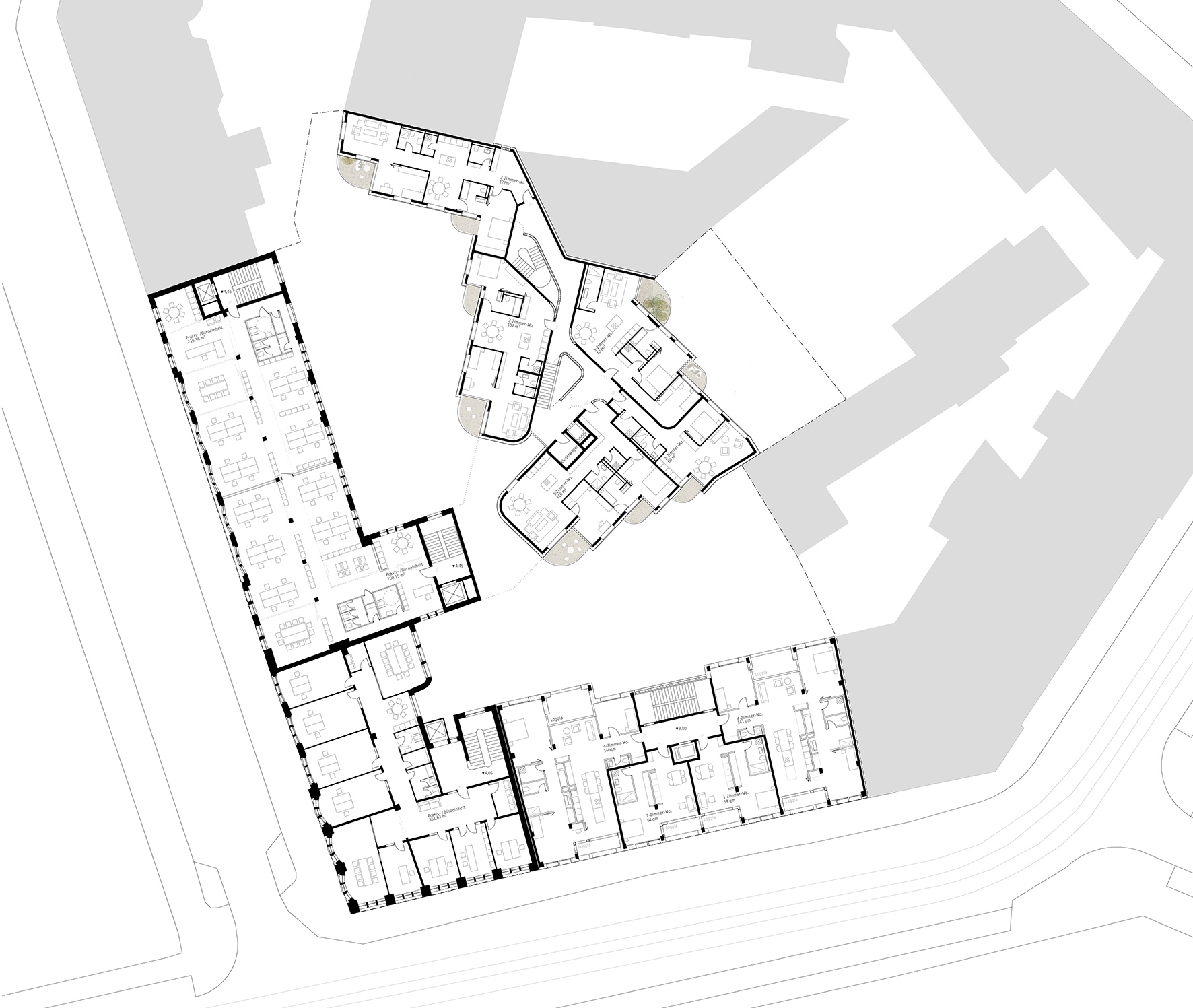 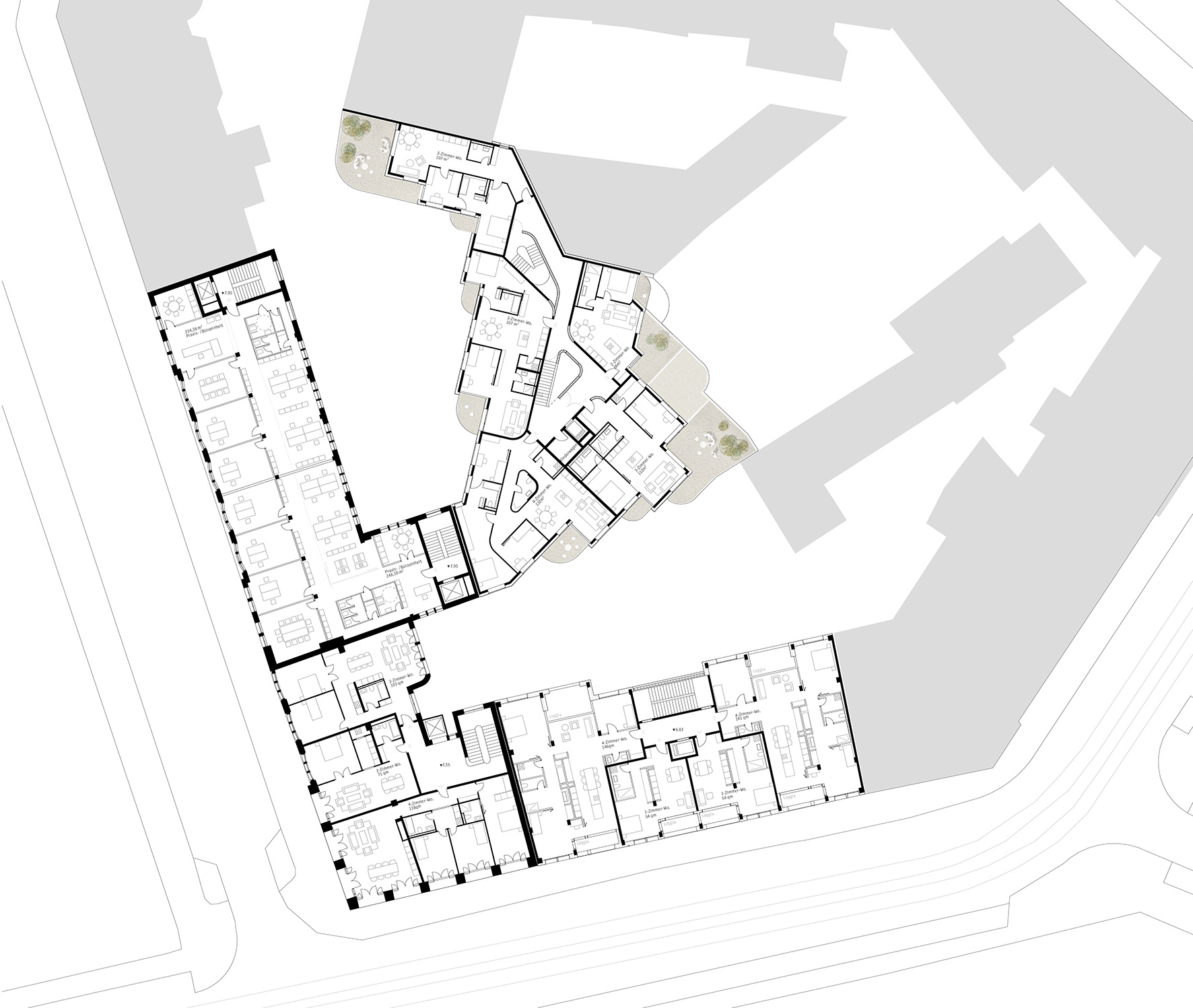 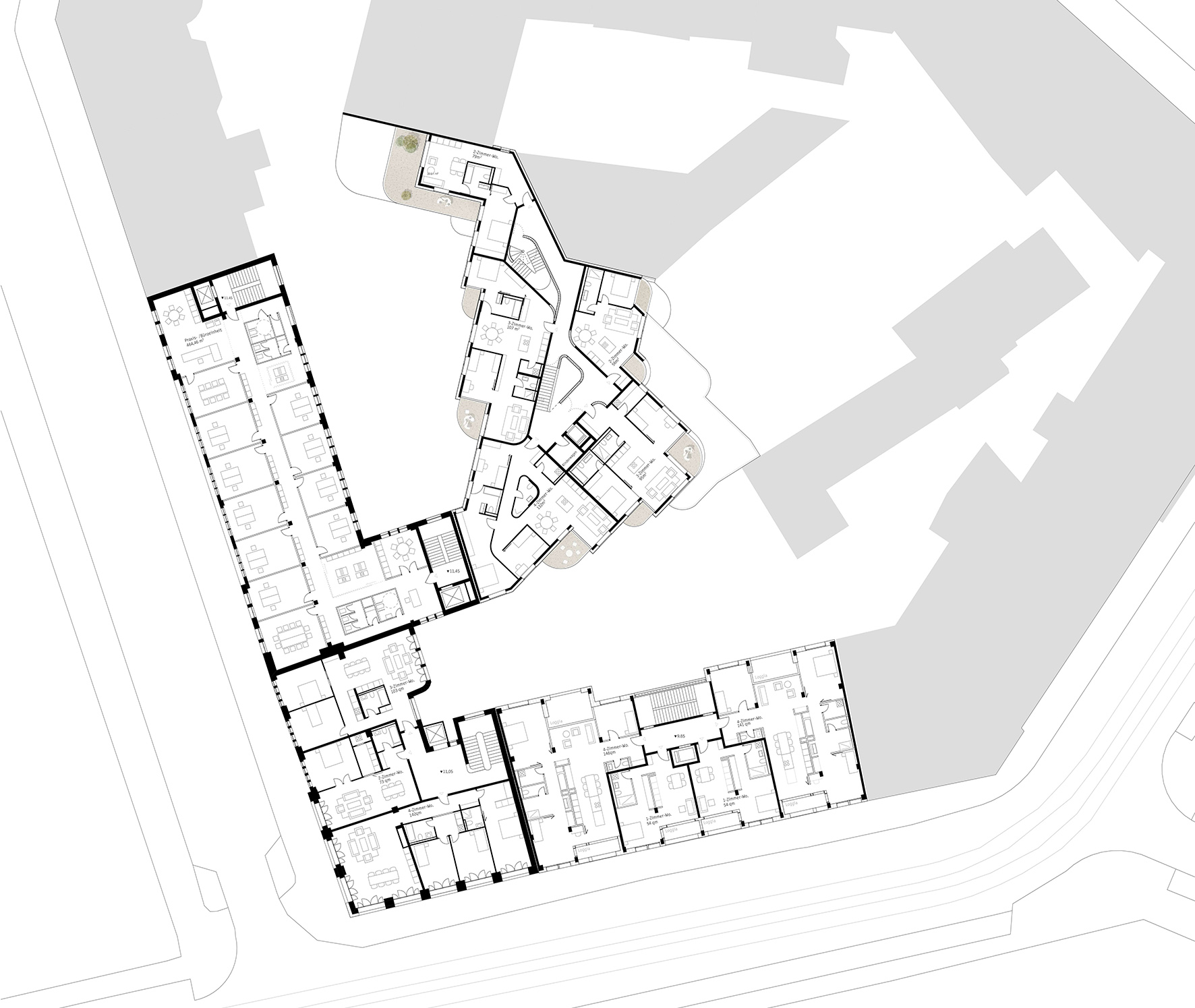 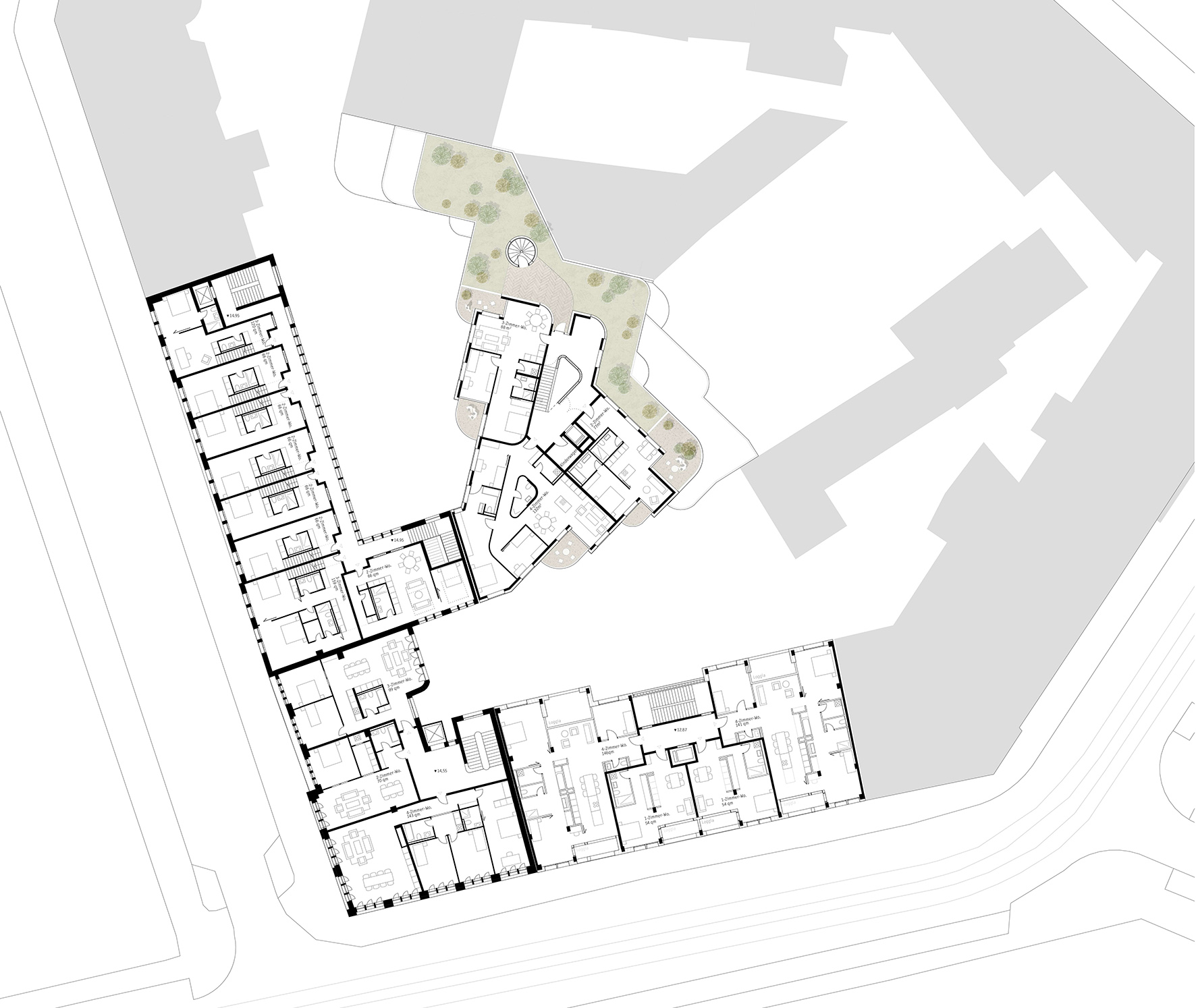 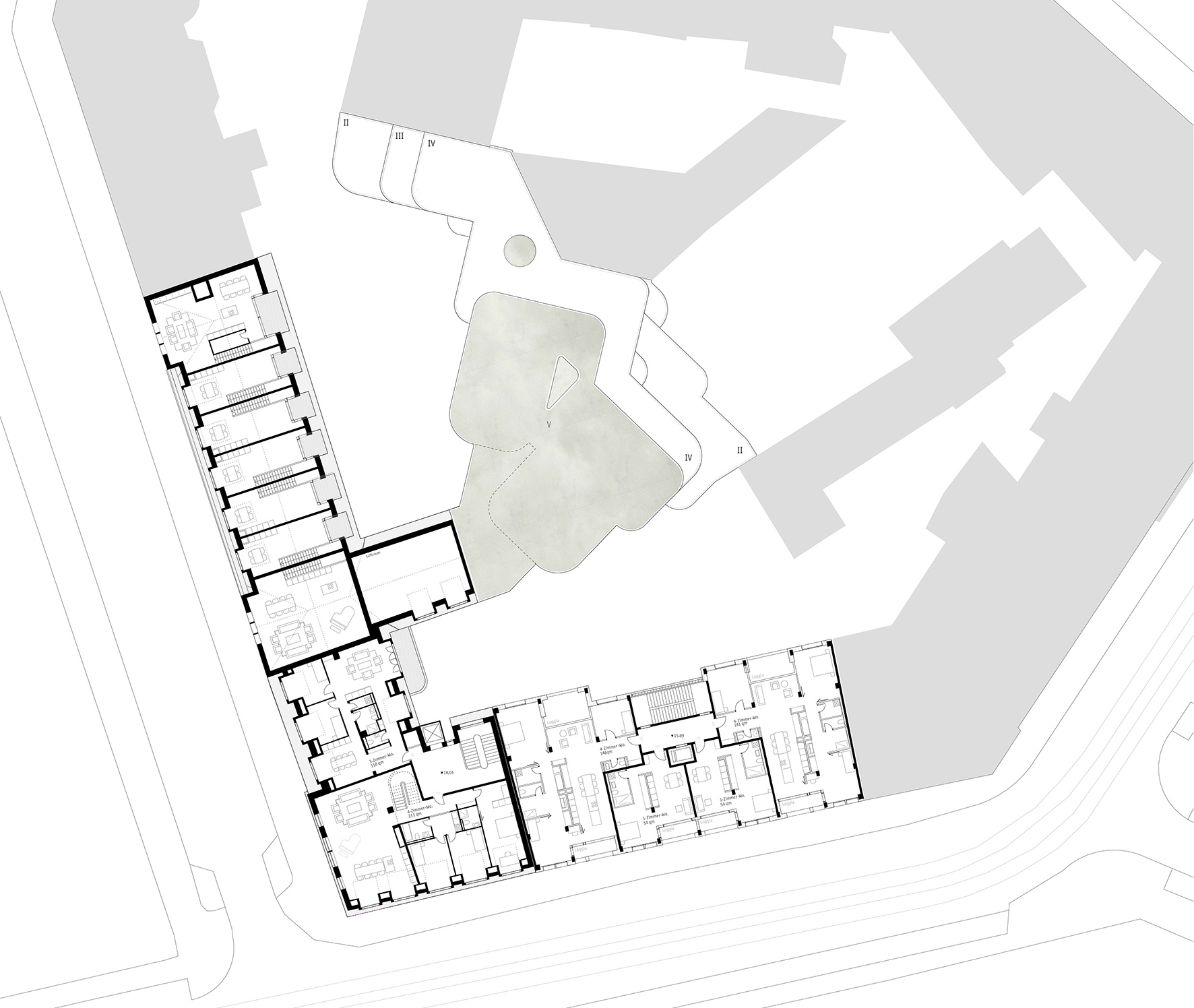 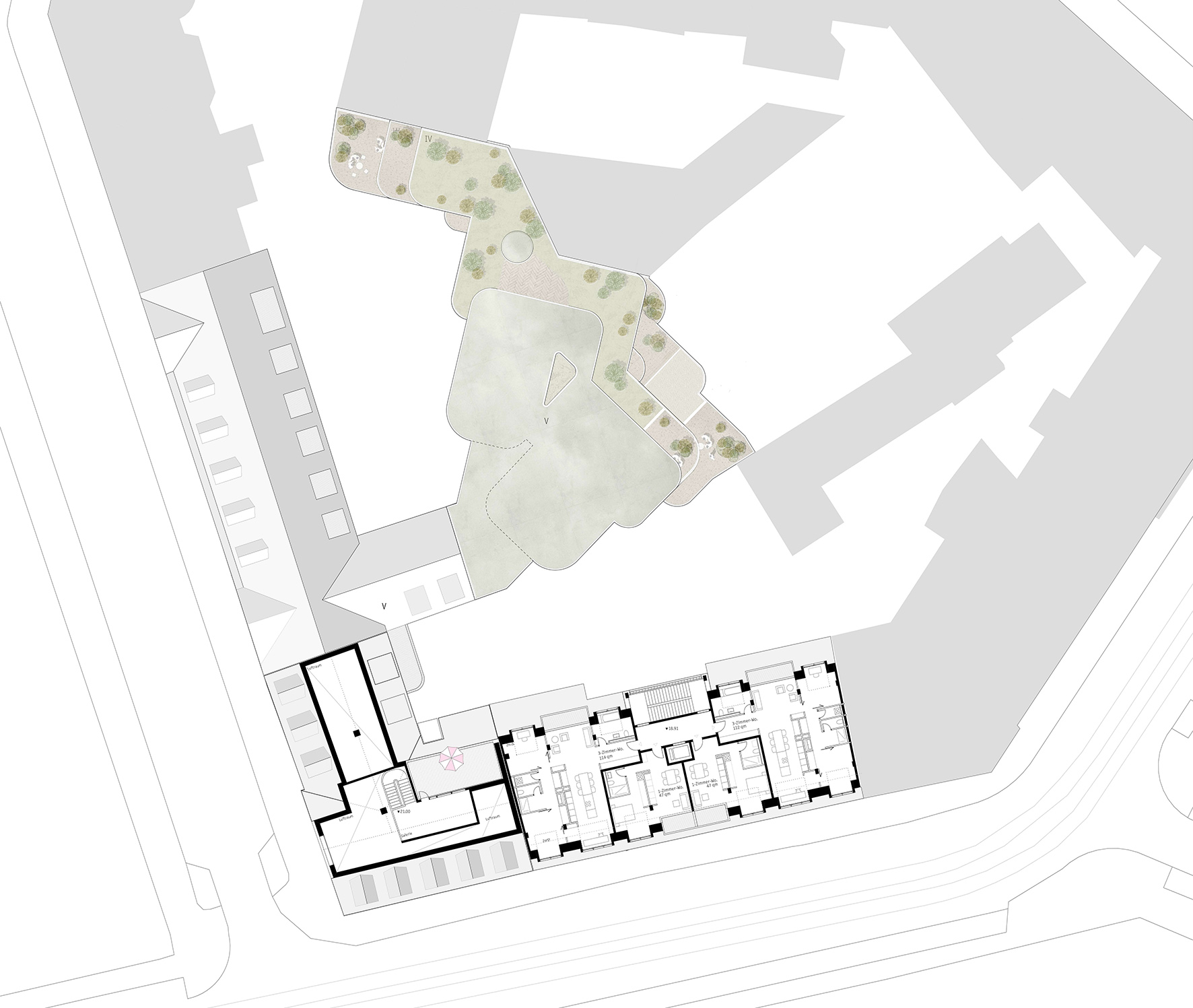 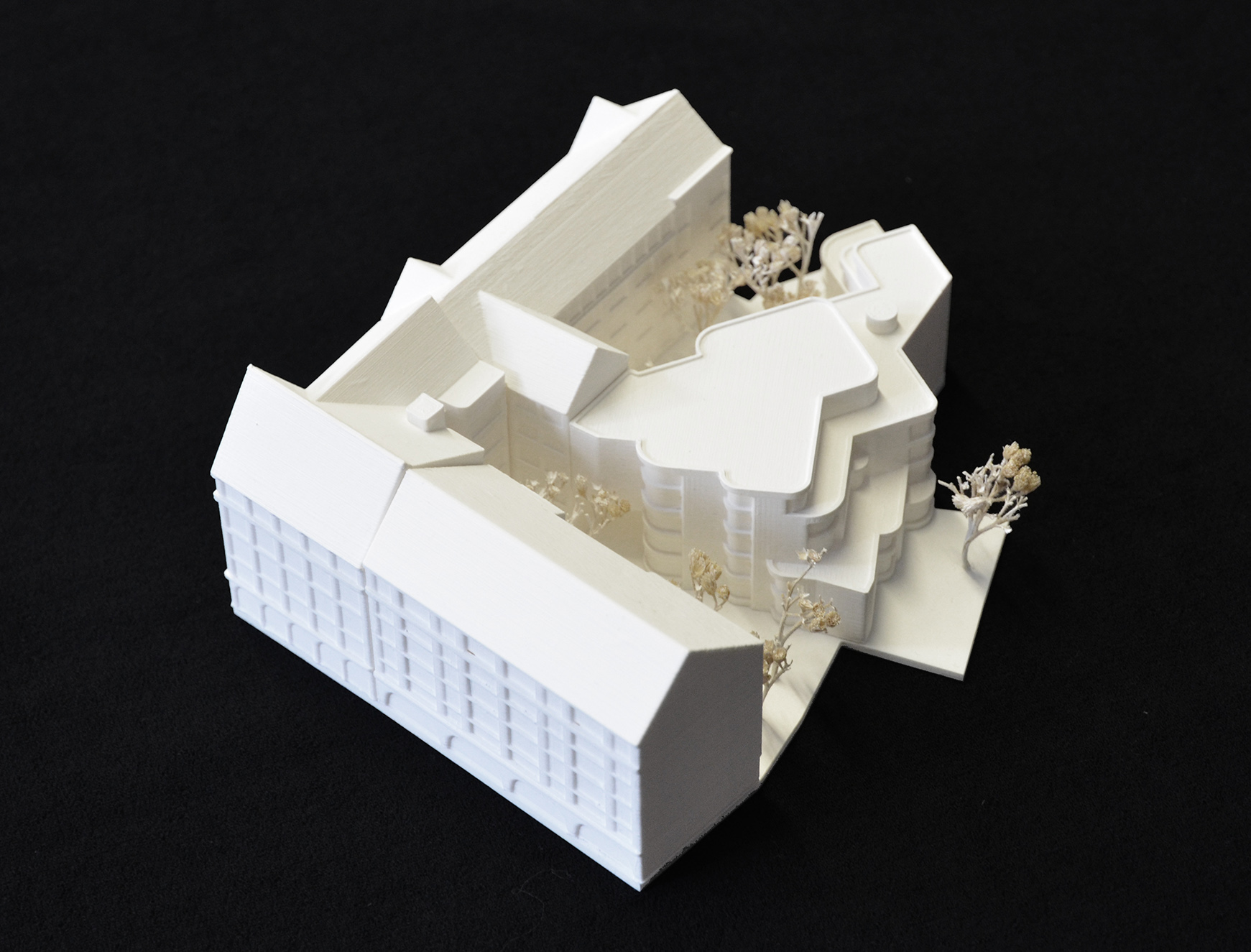 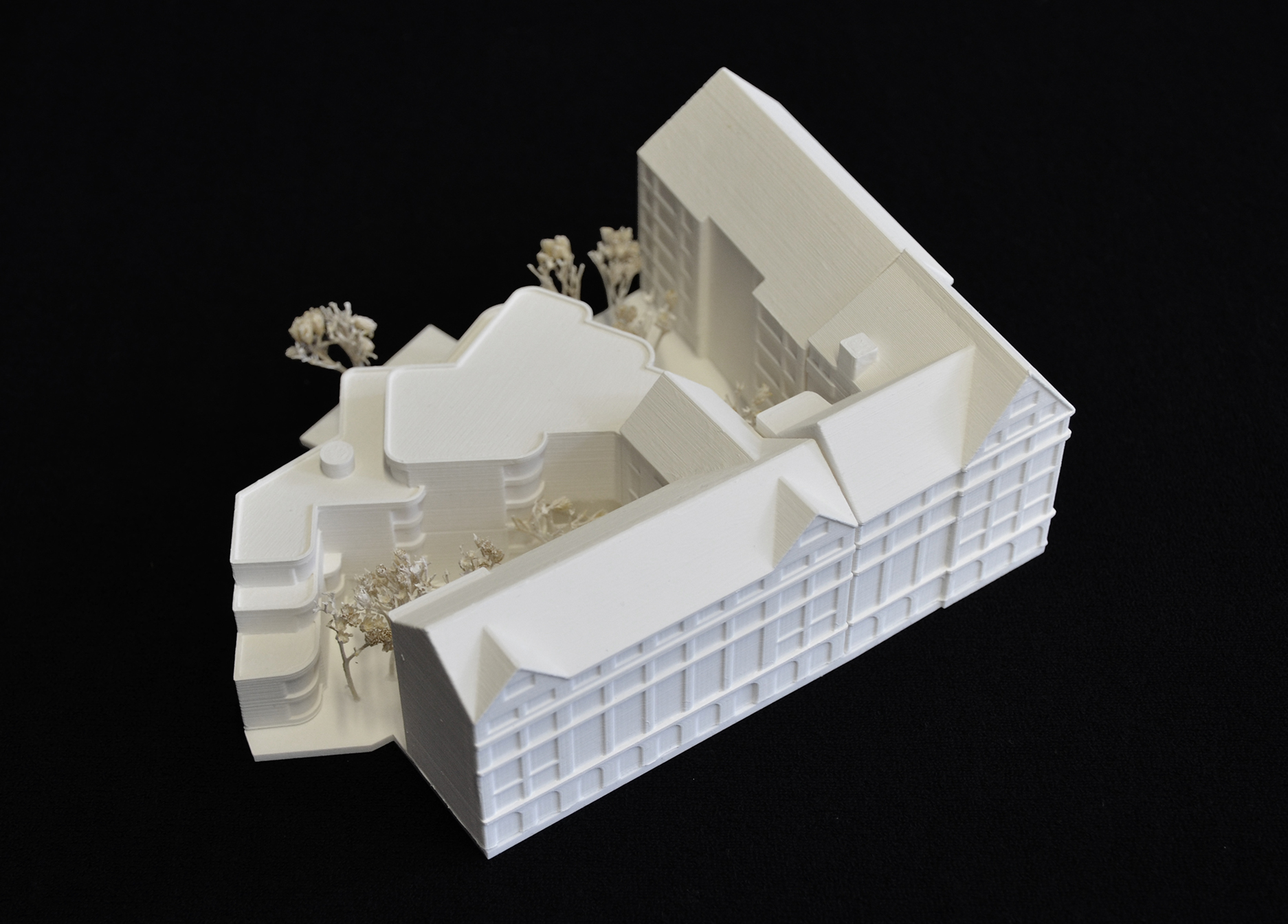 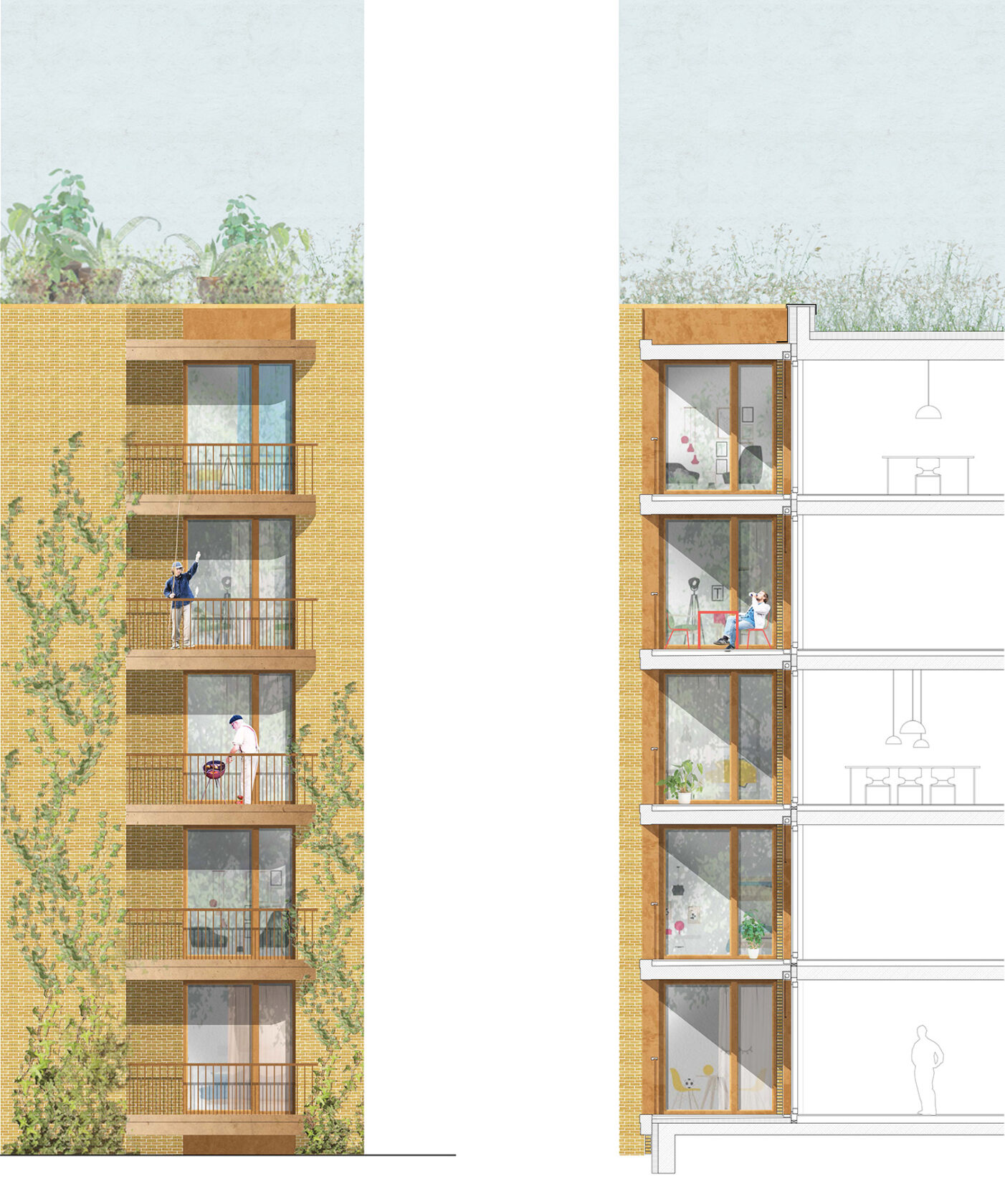 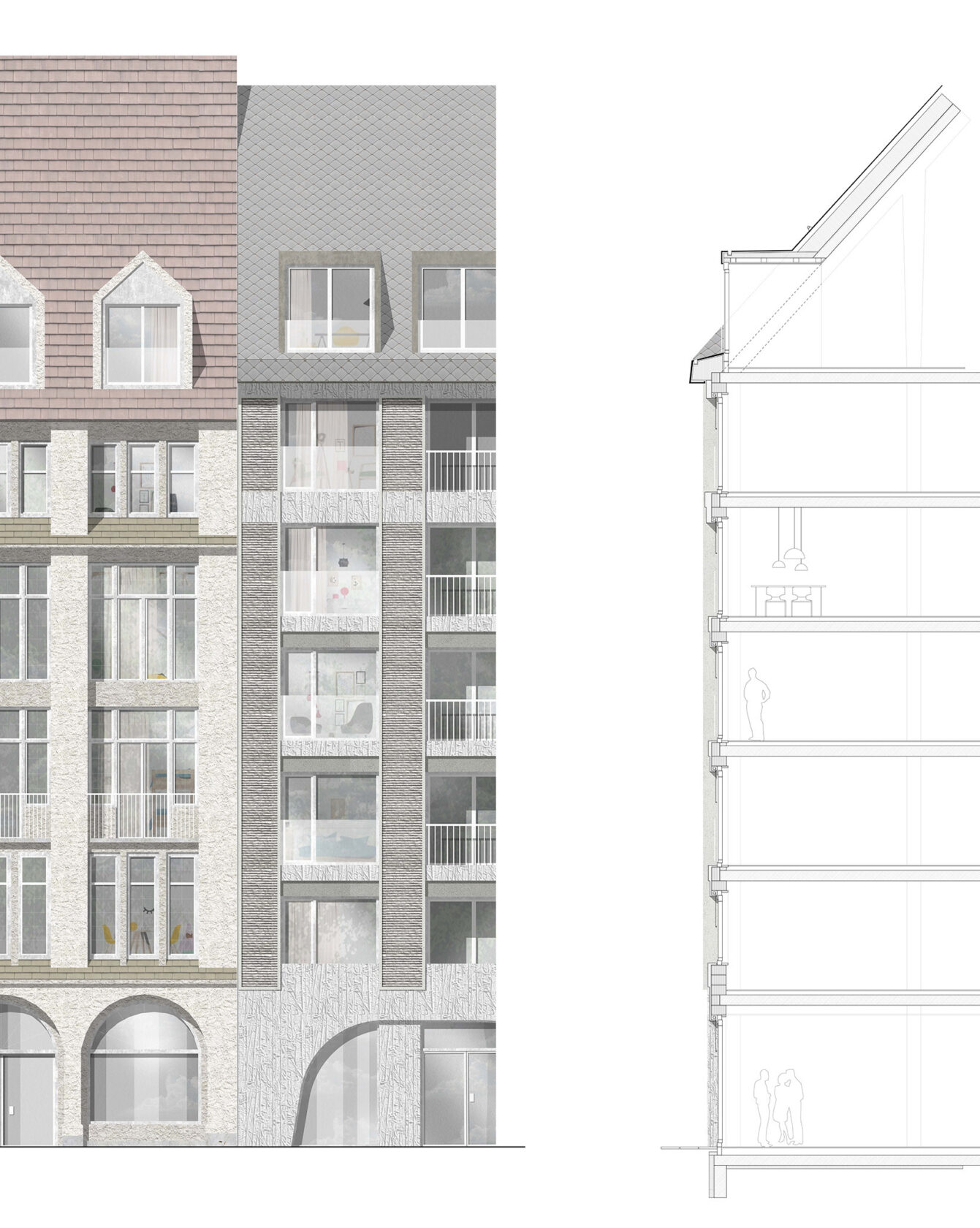 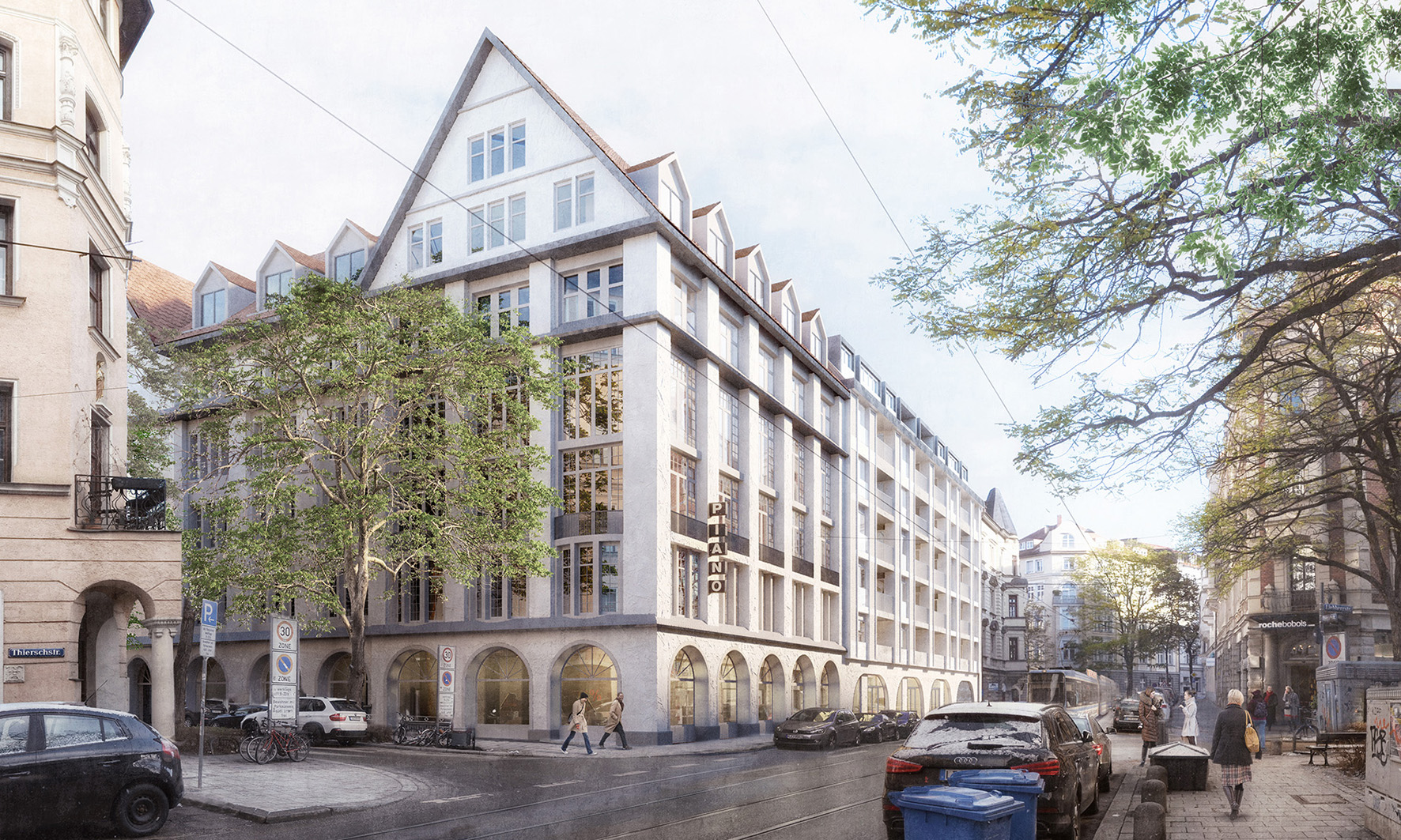 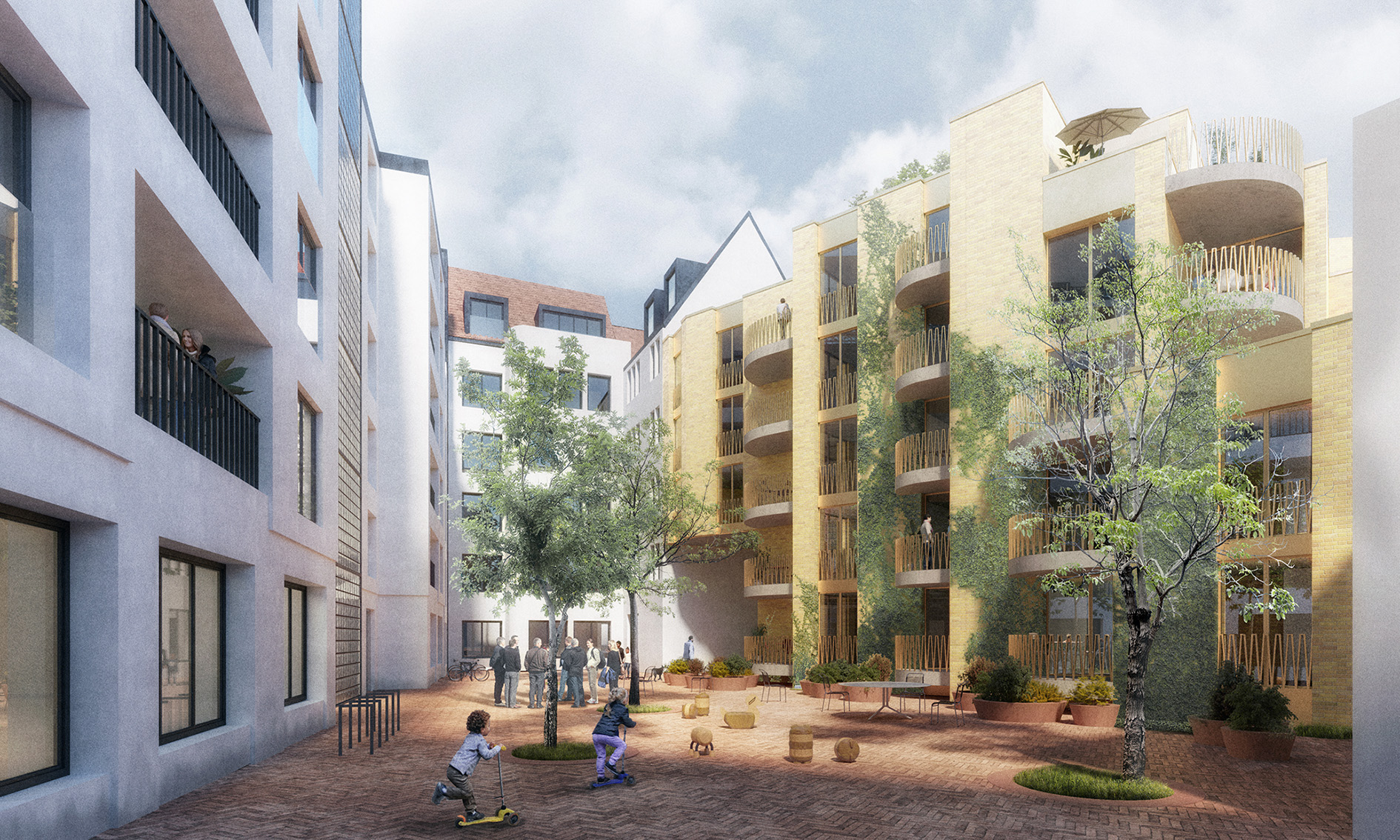