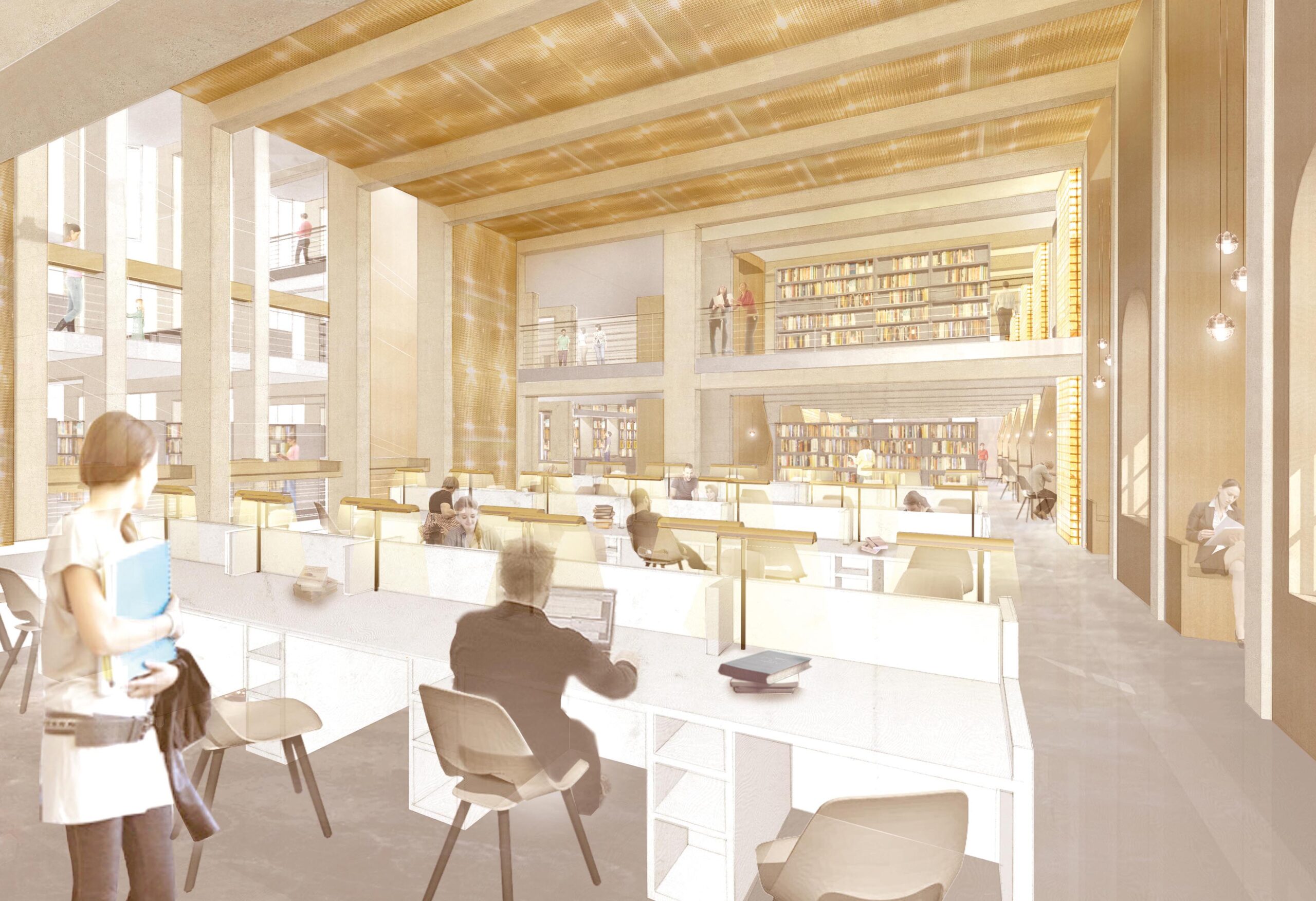 Our work on the design for the Philologicum was accompanied by our engagement with the monument at two different levels. Firstly, it was important for us following demolition to install a room structure inside the hollowed-out façade, a structure that would not only support the historic wall in a technical sense but would moreover make it an active component of the new usage. Furthermore, we wanted to develop an elementary support structure that would project itself independently into the room from the rhythm of the historic façade and create spaces of differing sizes and proportions in the style of the historic rooms.

The room structure is formed by a visible load-bearing system made of velvety, acid-treated prefabricated concrete frame-like elements and filigree ceiling elements cast together on-site. These frames protrude from the matrix of the historic façades into the interior of the building to different degrees, producing within these colossal ‘racks’ an impression of separate spatial units or intended vistas of adjoining rooms, depending on the viewing angle. The building volume thus gets its dominant, quasi classicist basic rhythm, developed from the historic façade.

In order to interweave this spatial load-bearing system developed from the historic building shell intensively with the building itself, the niches between the velvety concrete elements have been furnished with systematically developed furniture with a range of uses. The double wall and the spacious usage of this zone give the inside of the building, which currently appears rather bare and fragile, an extra differentiation and depth, thereby apparently reinforcing the protection of the Philologicum in its external appearance as seen from the inside.

The building shell is augmented on the west side between the projections and also receives its basic rhythm from the spatial framework that determined the design. Folded softly, it falls like a large curtain over the framework and joins up, laterally recessed, with the historic building fabric. The netlike appearance of the curtain without prominent horizontal divisions results in a powerful, autonomous structure that avoids competition with the buttresses in its historic, three-storey arrangement and proportions. 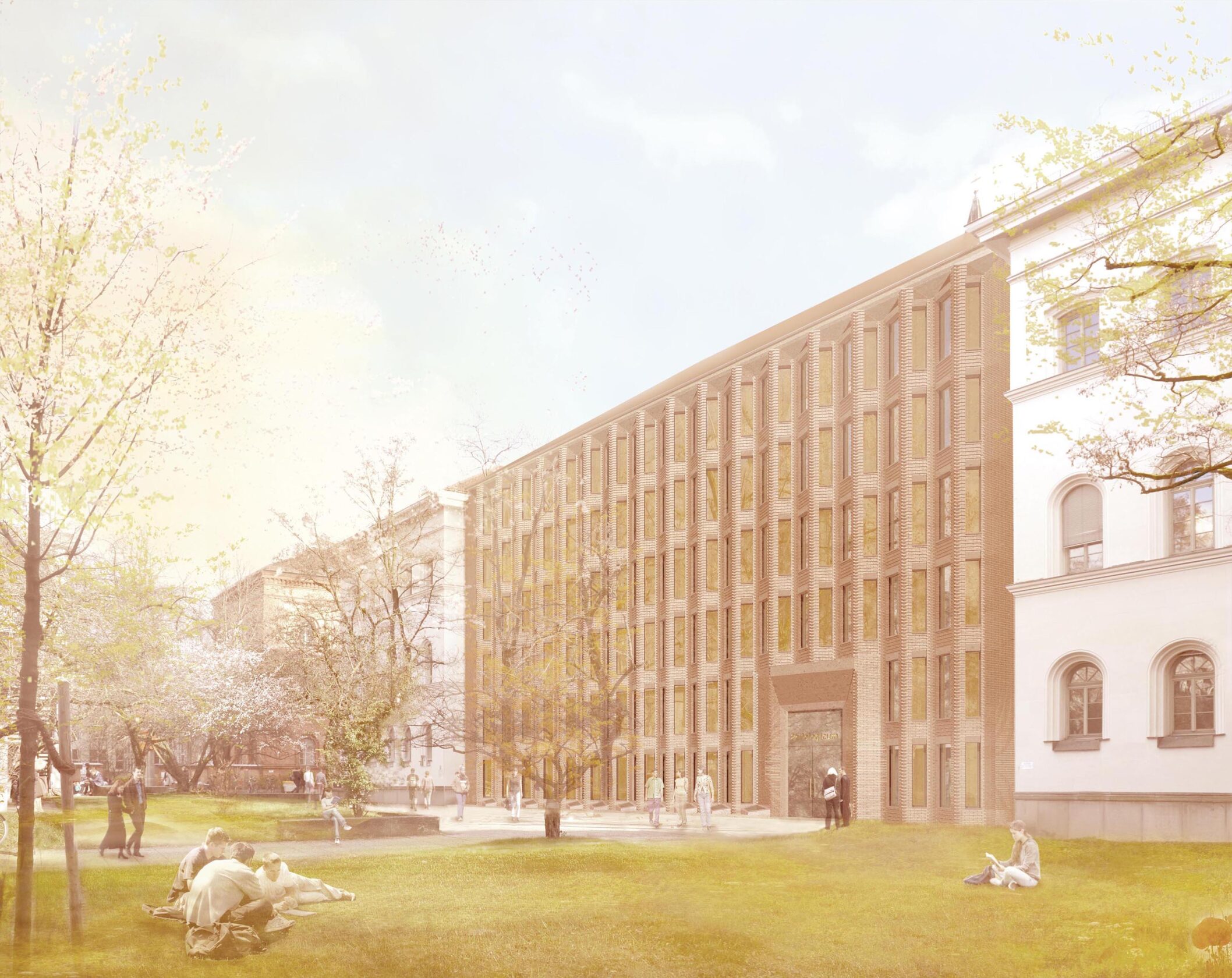 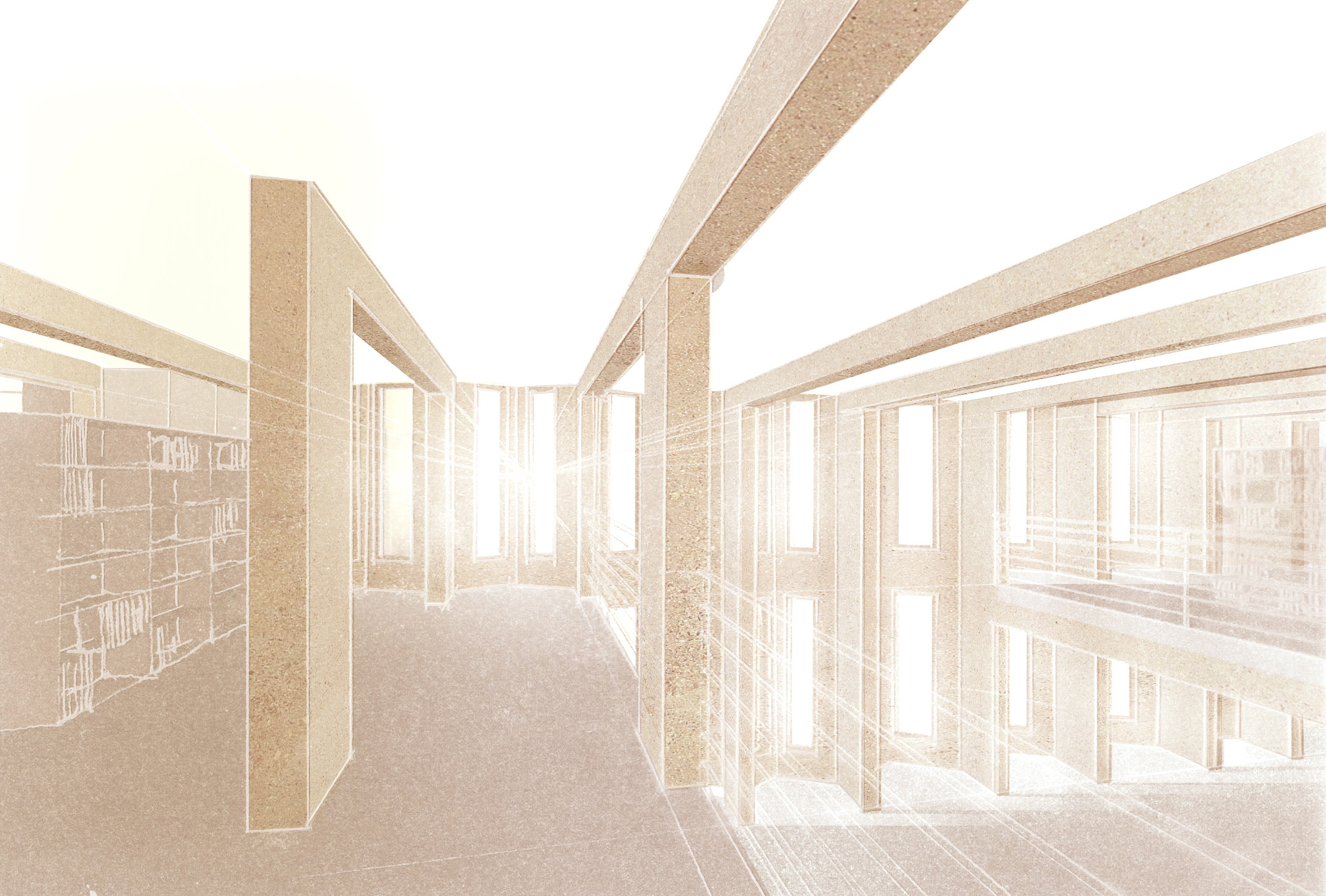 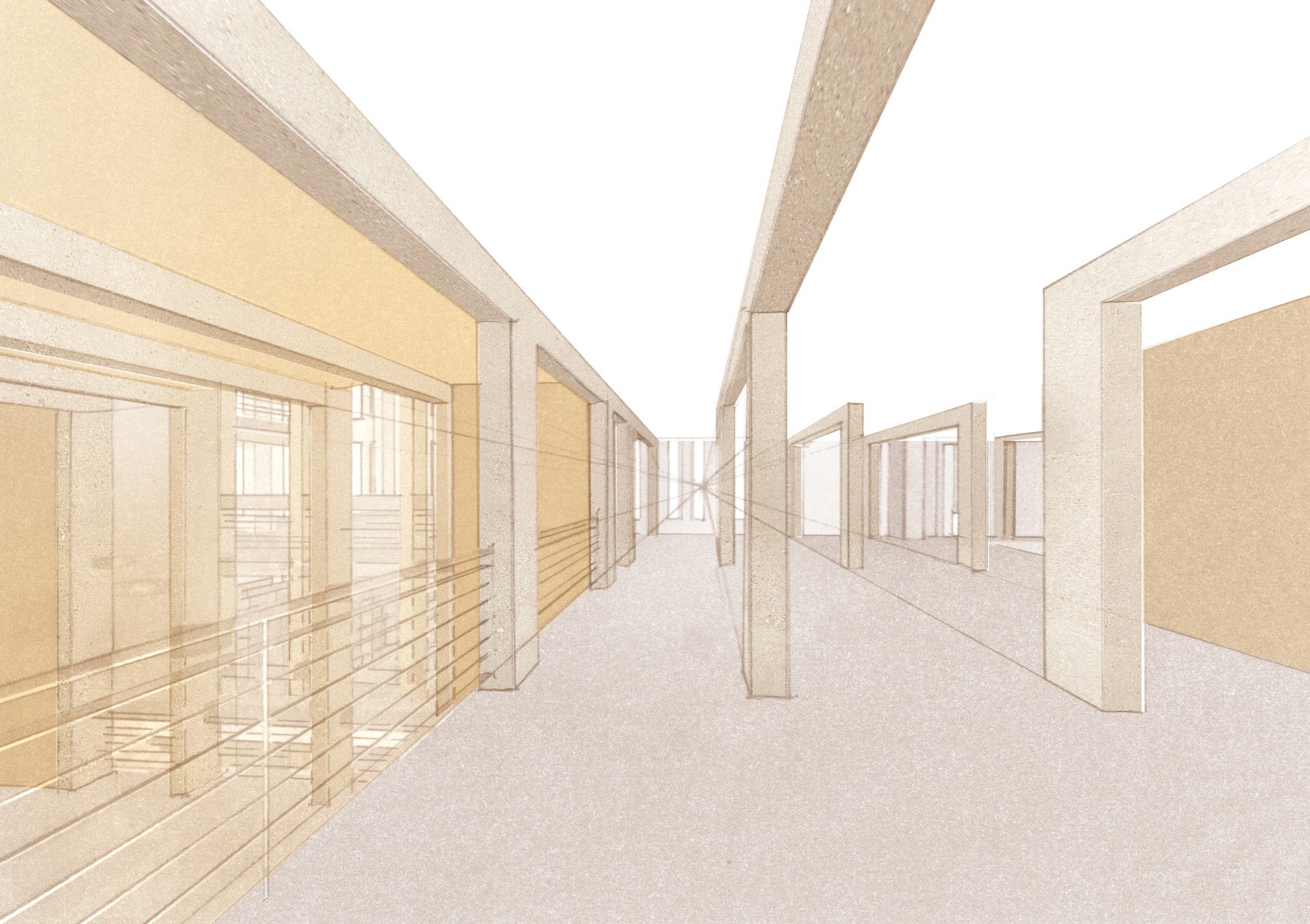 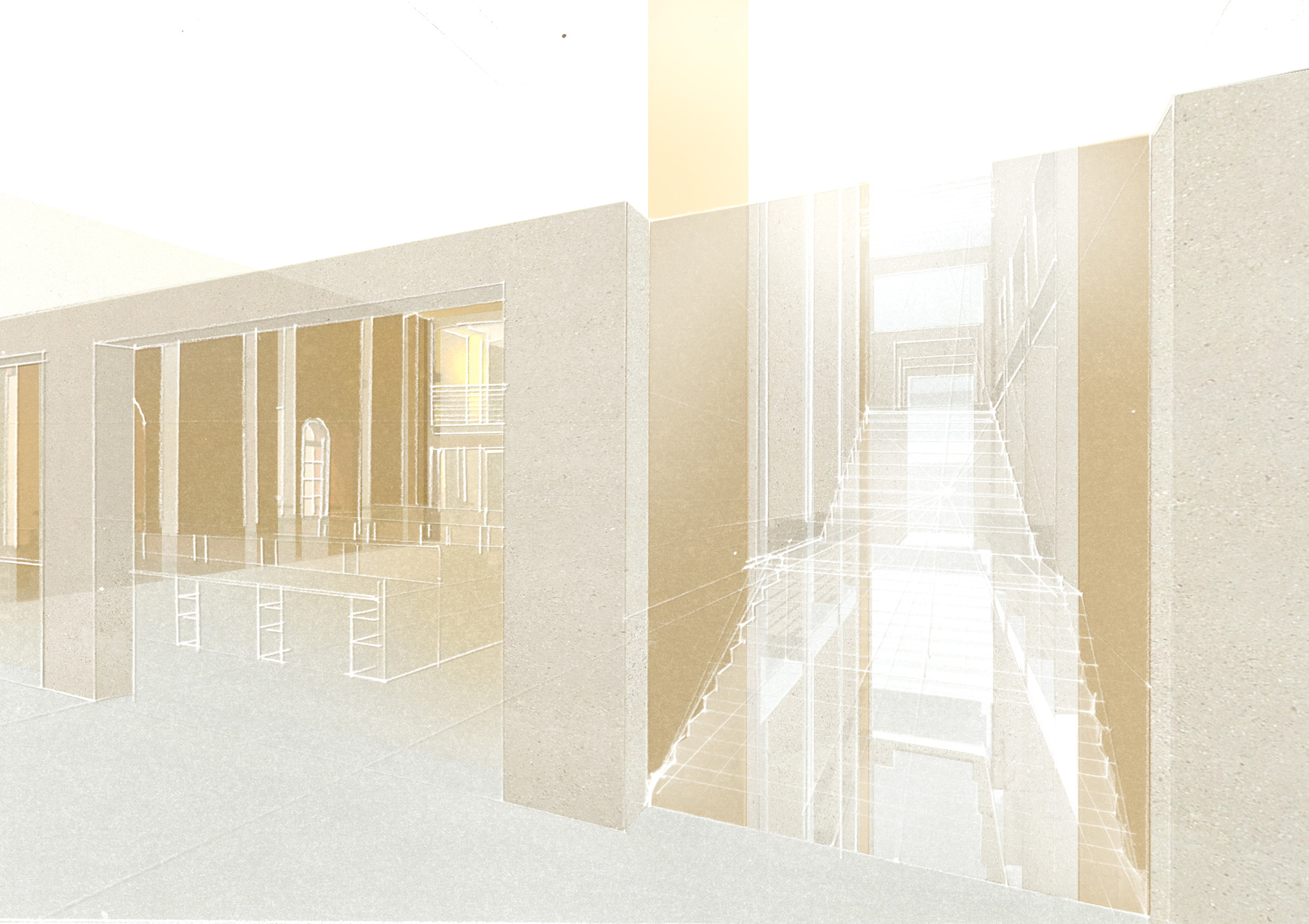 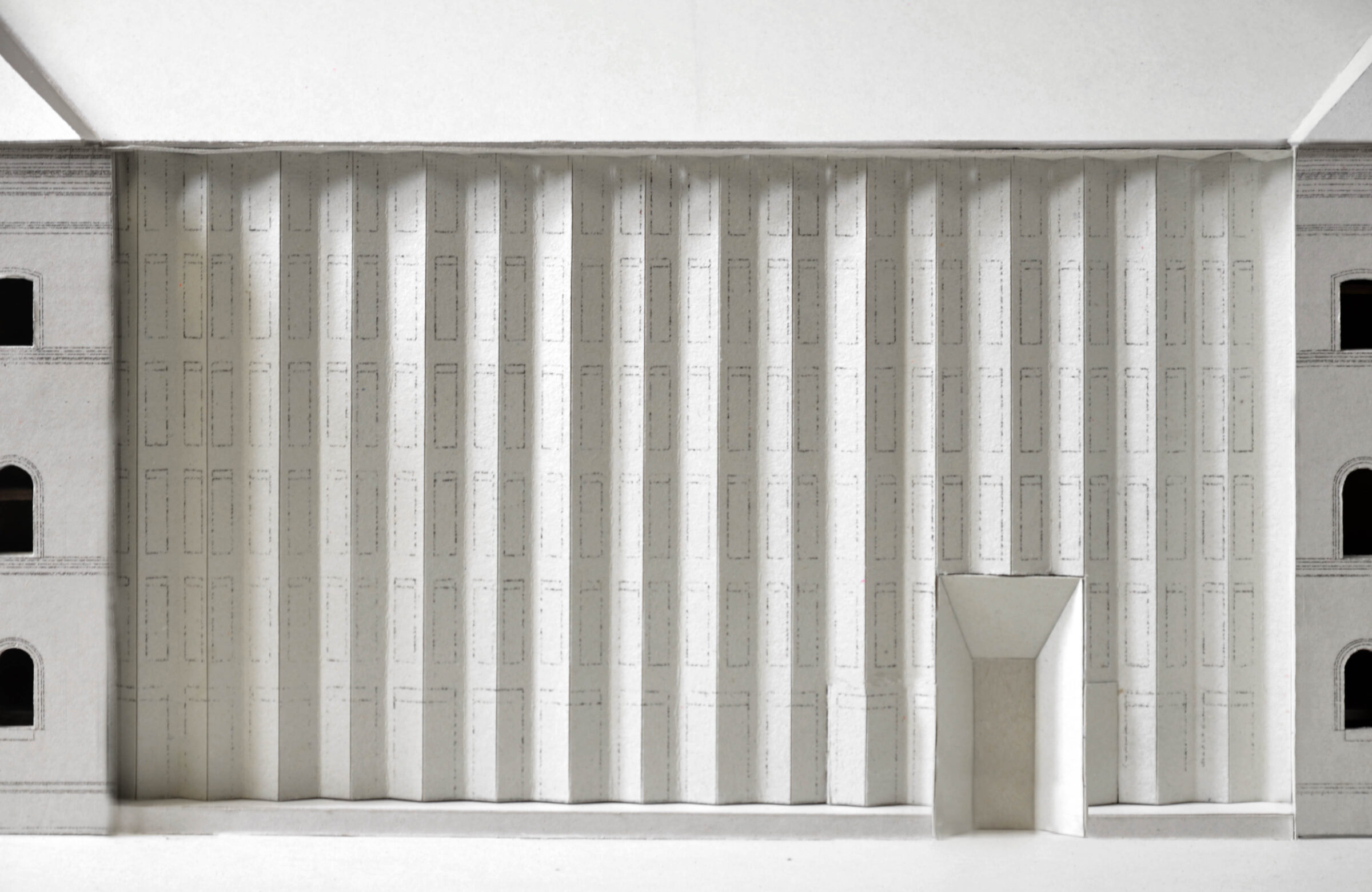 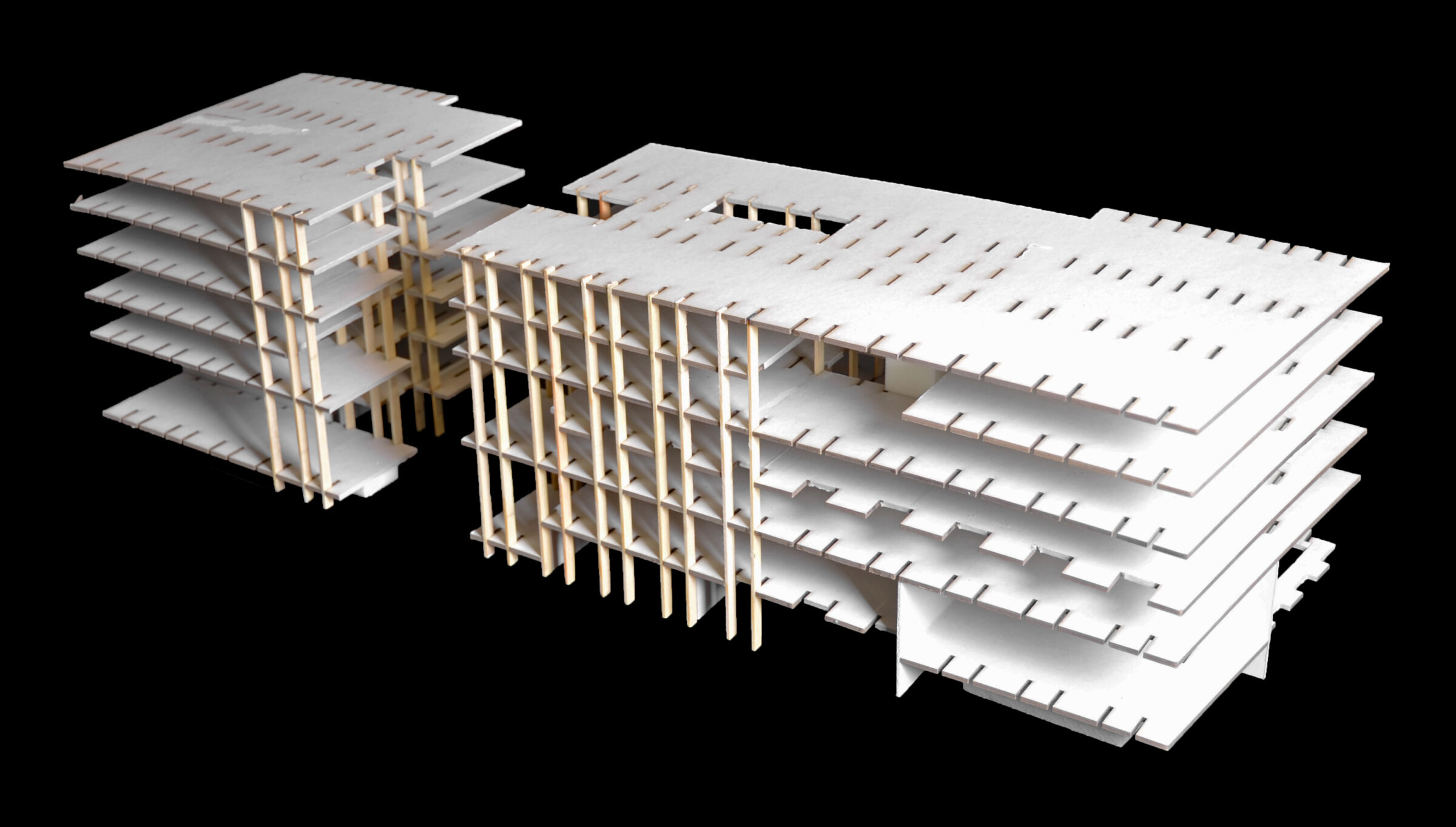 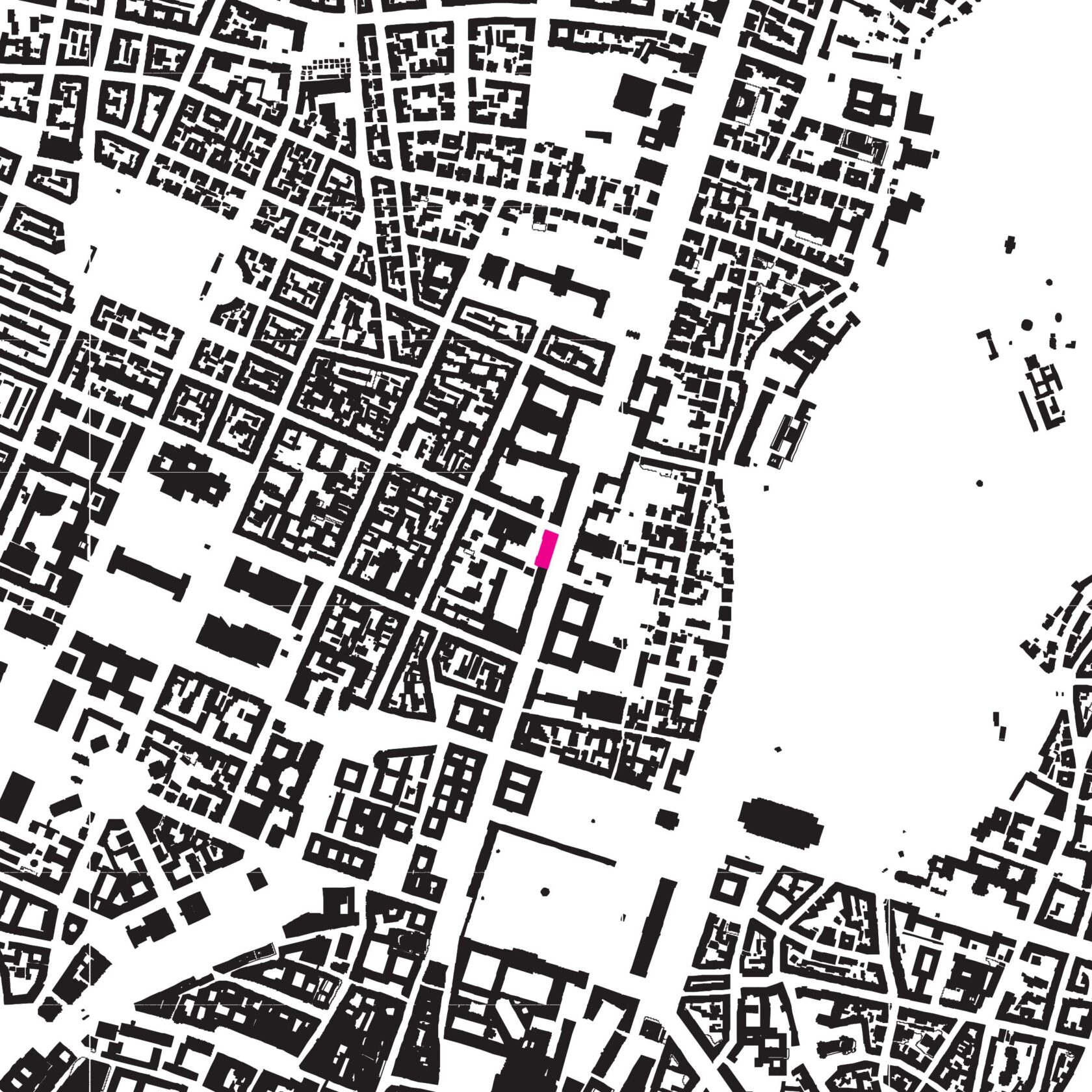 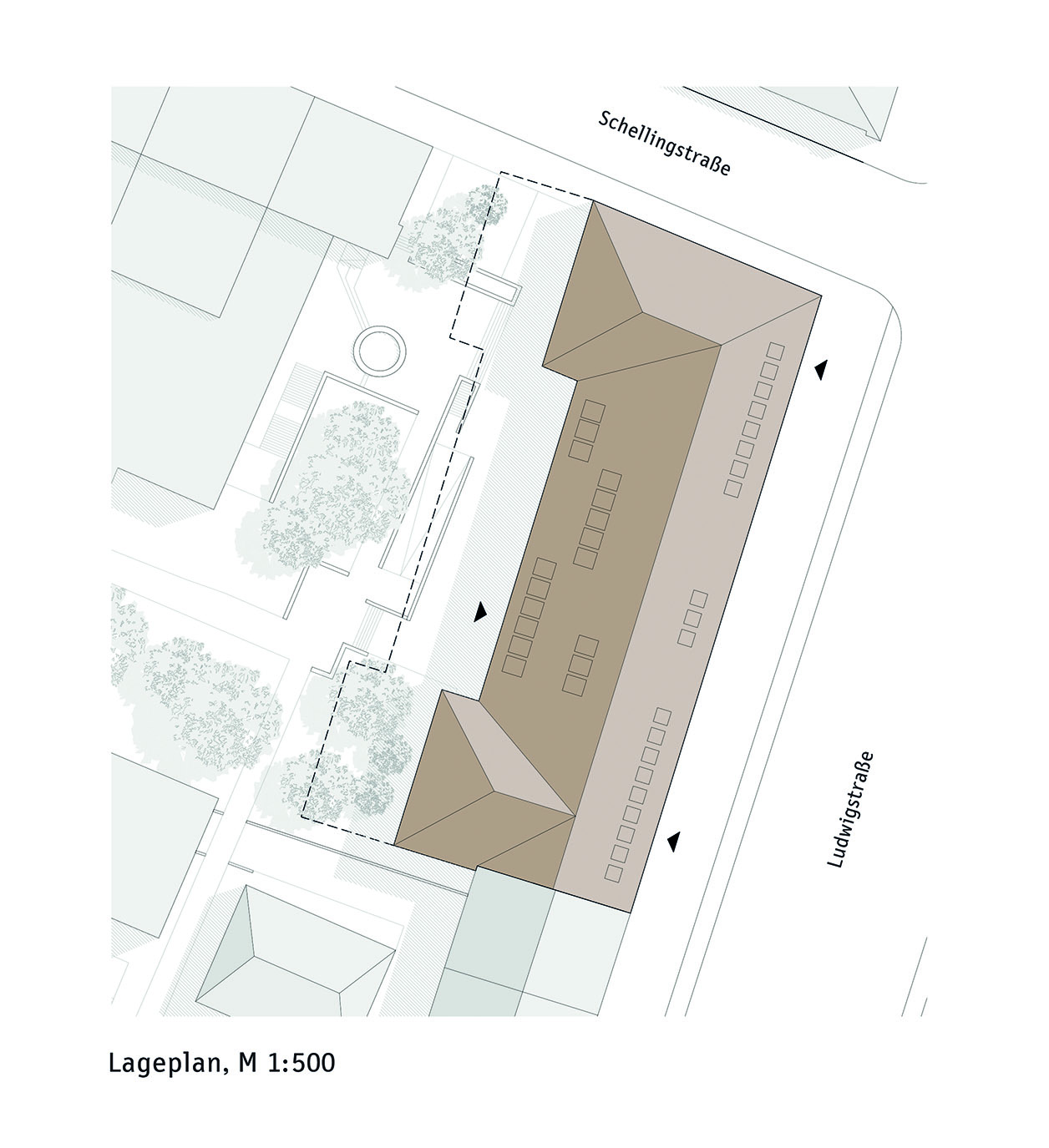 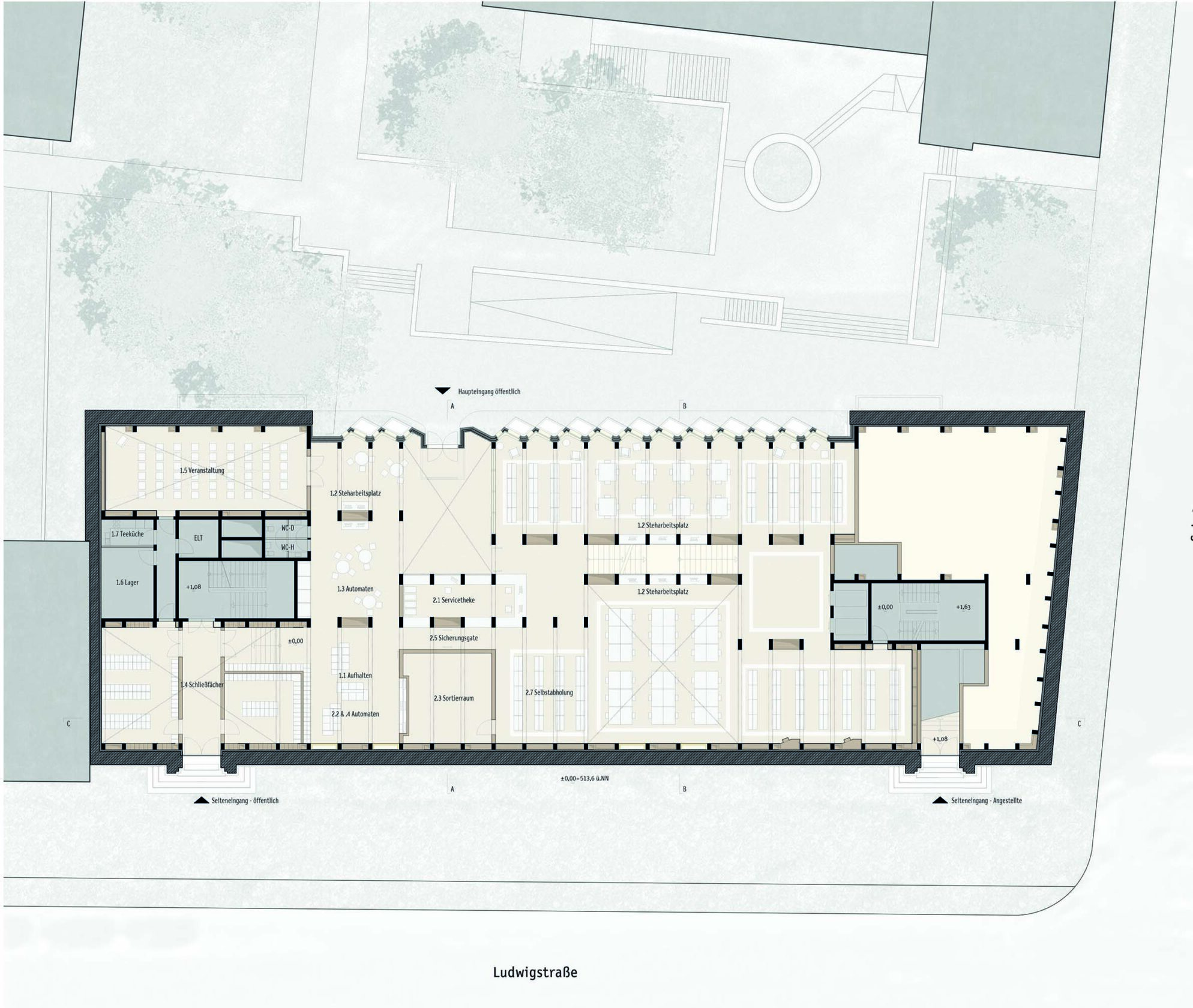 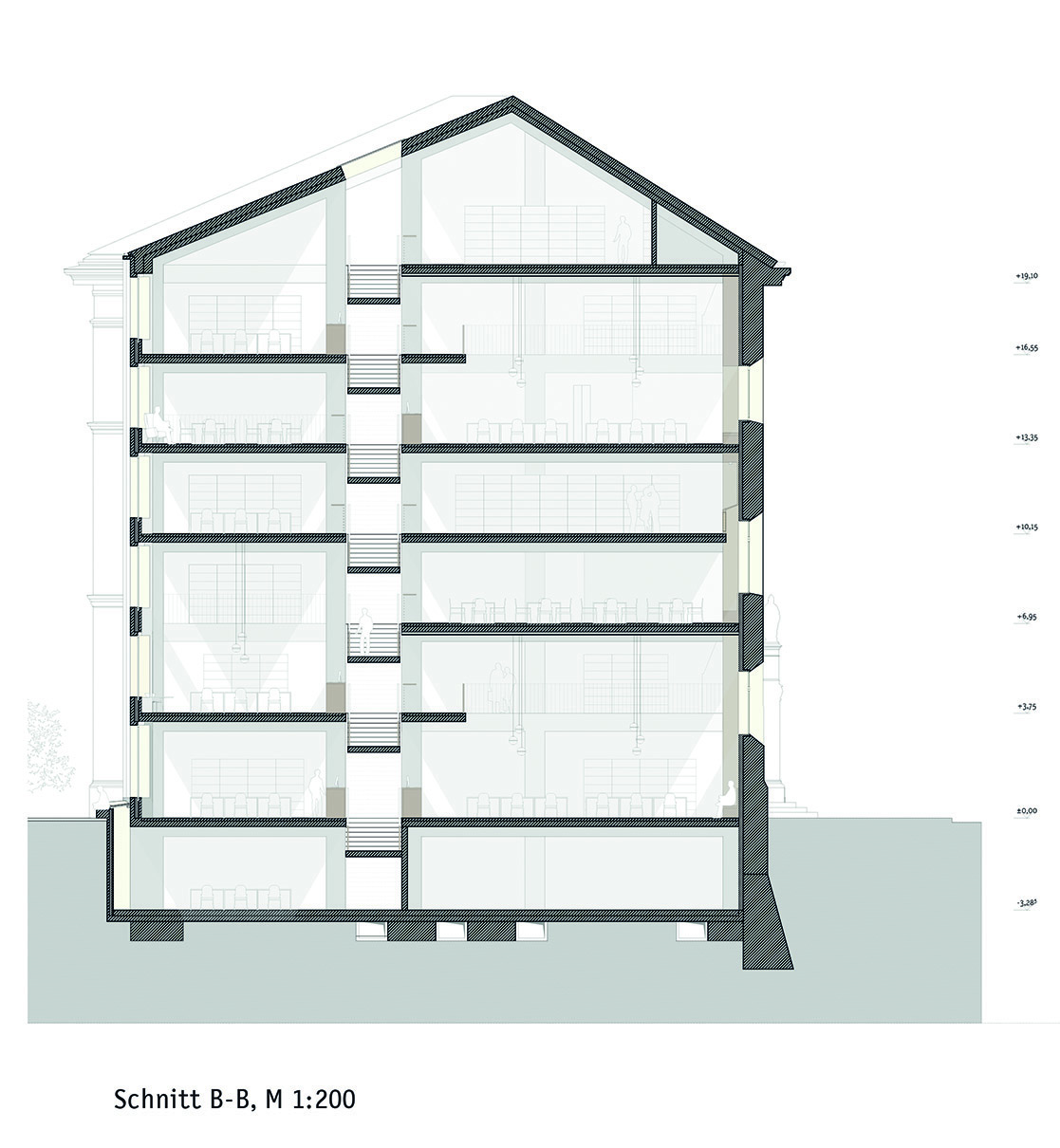 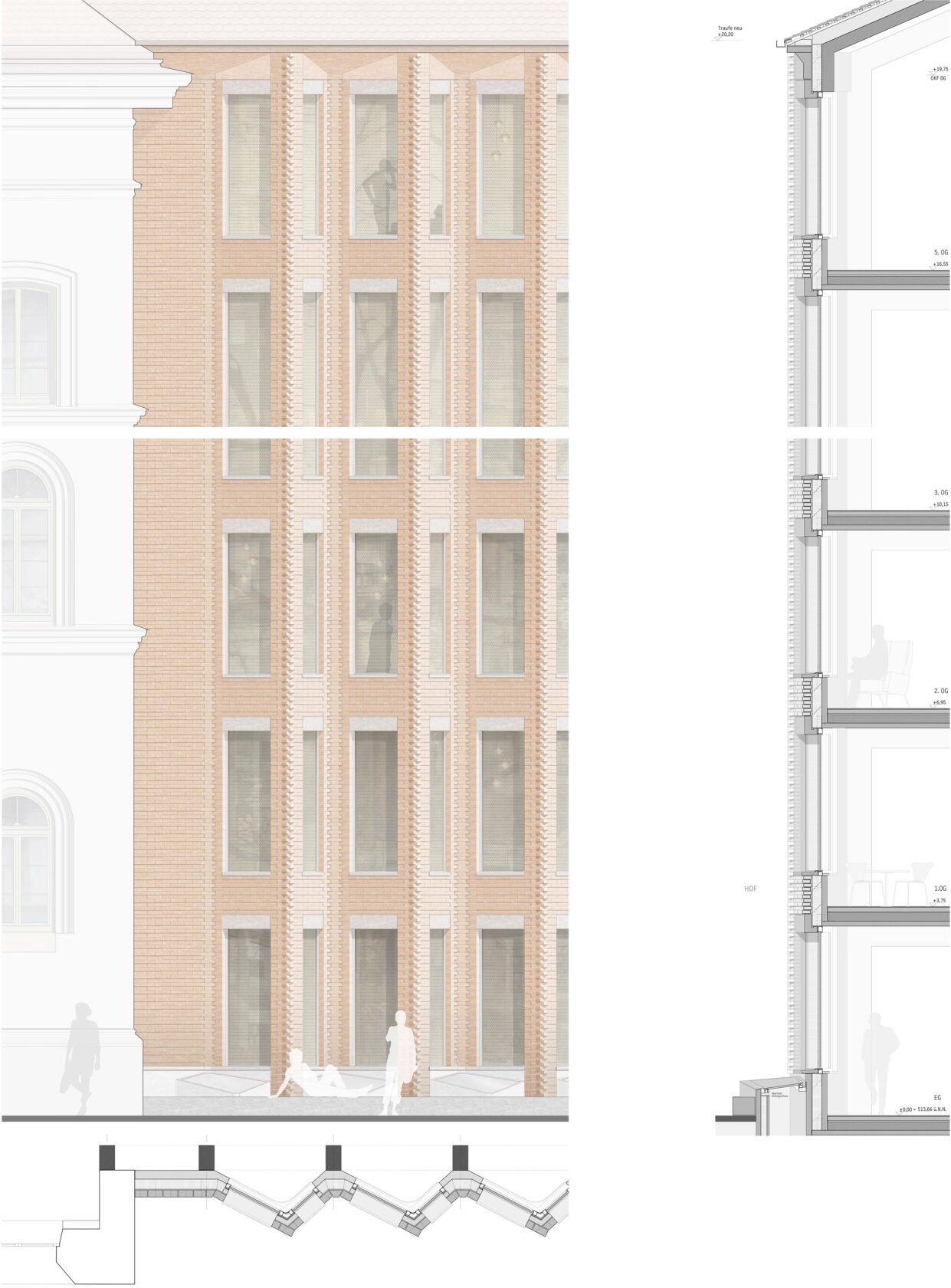