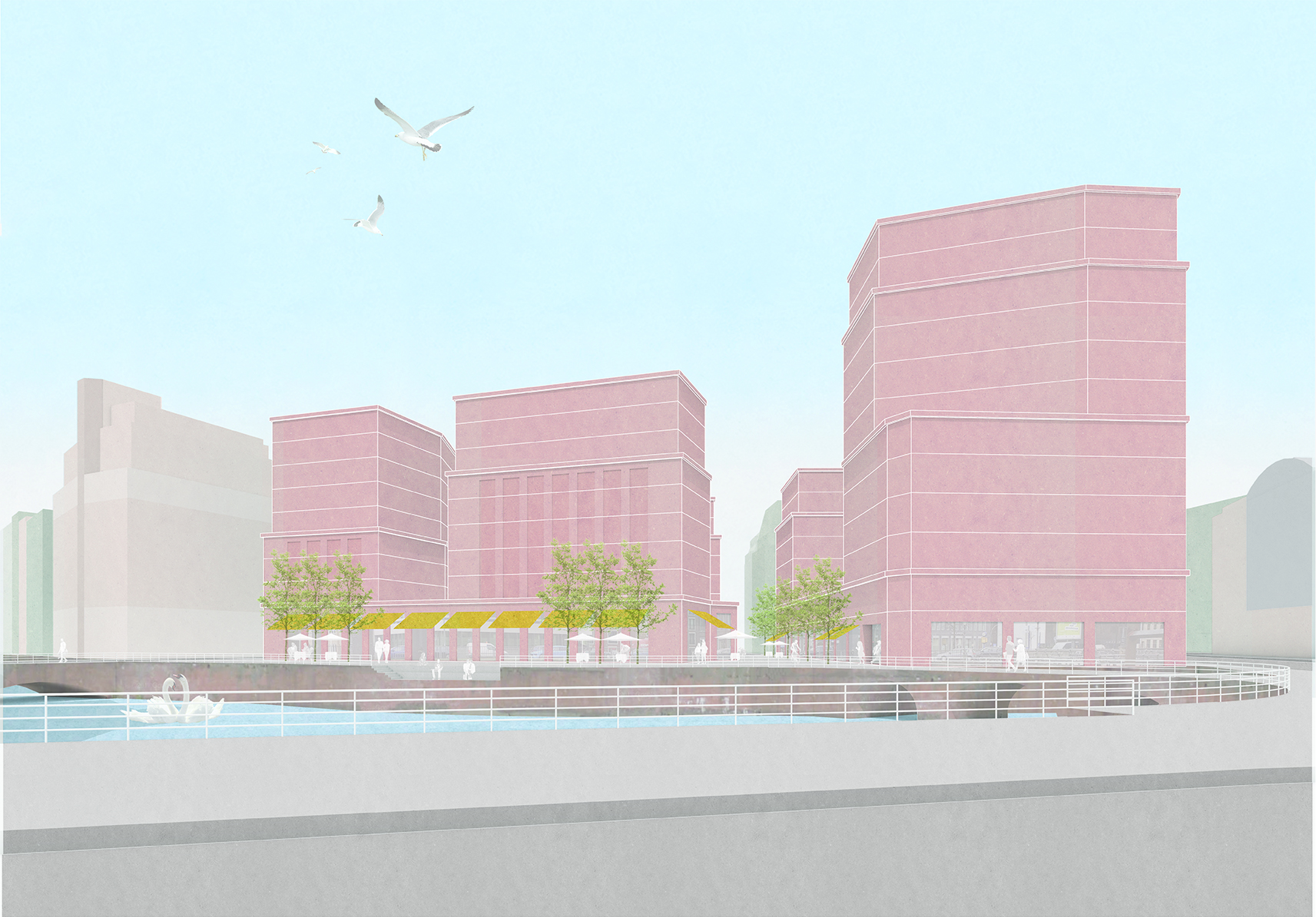 The development of Nikola Island in Hamburg’s old town is to be examined in two variants (preservation of the bank building and replacement new building) – a hybrid building complex in a location that is significant in terms of urban history. Although the original small-scale medieval parcelling has been reshaped to a larger scale over the course of history, certain site-specific features can still be felt today.
The new building on parcel 1207 confidently reestablishes itself at the water’s edge and frames the square to the southeast. The Brodschrangen will also be rebuilt as a perceptible alley in historical style.

Alternative conservation
Existing situation
Characteristic for the location is the situation at the old harbor “Bei der alten Börse”, where the building does not stand at the water’s edge as is typical for the surroundings, but is set back and thus opens up one of the few places where one can approach the water before the urban space widens uniquely to the south coming from the densely built-up old town in the direction of the Speicherstadt.
Extension
Towards the old town, the identity of the site is conserved by preserving the old building. The southern part of the building is replaced by a clearly structured, efficient new building. It sees itself as a flexibly usable, sustainable space offer. Towards the square, the building appears as an independent solitary building similar to the existing situation.

Alternative new building
Urban space and outlook
As described in the “Alternative conservation of existing buildings”, the existing character of the place is also sharpened in the new building variant: The square An der Alten Börse is bordered to the southeast by the new building moved to the water, the Brodschrangen is reproduced in its historical dimension.
The replacement new building will be built on the footprint of the current existing building. Thus, parts of the old building’s façade could be preserved or recreated in their classical order – a reminder of the identity-creating bank building.
Along the streets, the buildings fit into the typical Hamburg cityscape as a continuous perimeter development. The buildings are systematically divided into symmetrical “corner buildings” and “intermediate buildings”, each with a development core. Towards the south, the building volumes develop into independent, upright building sections. 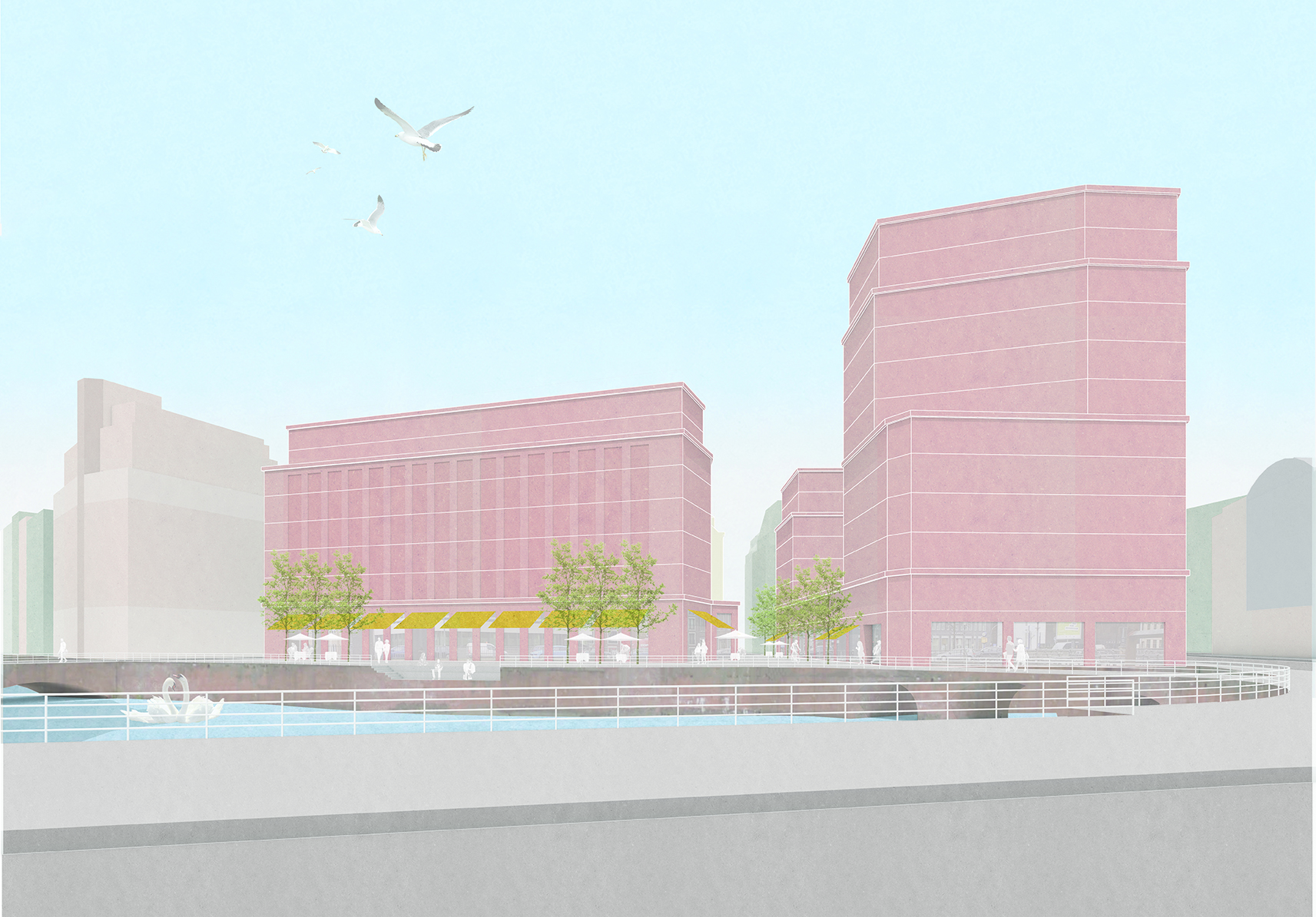 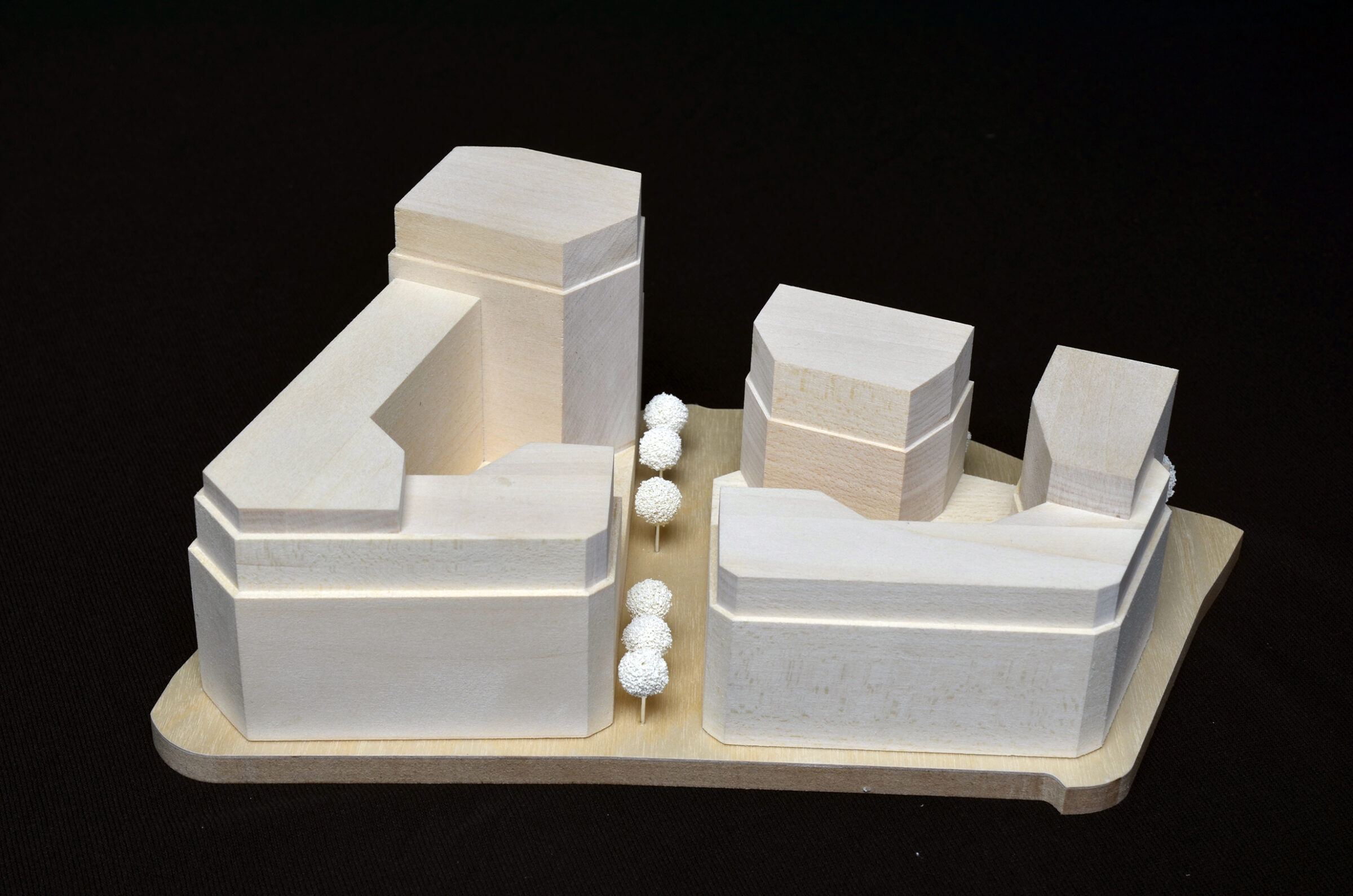 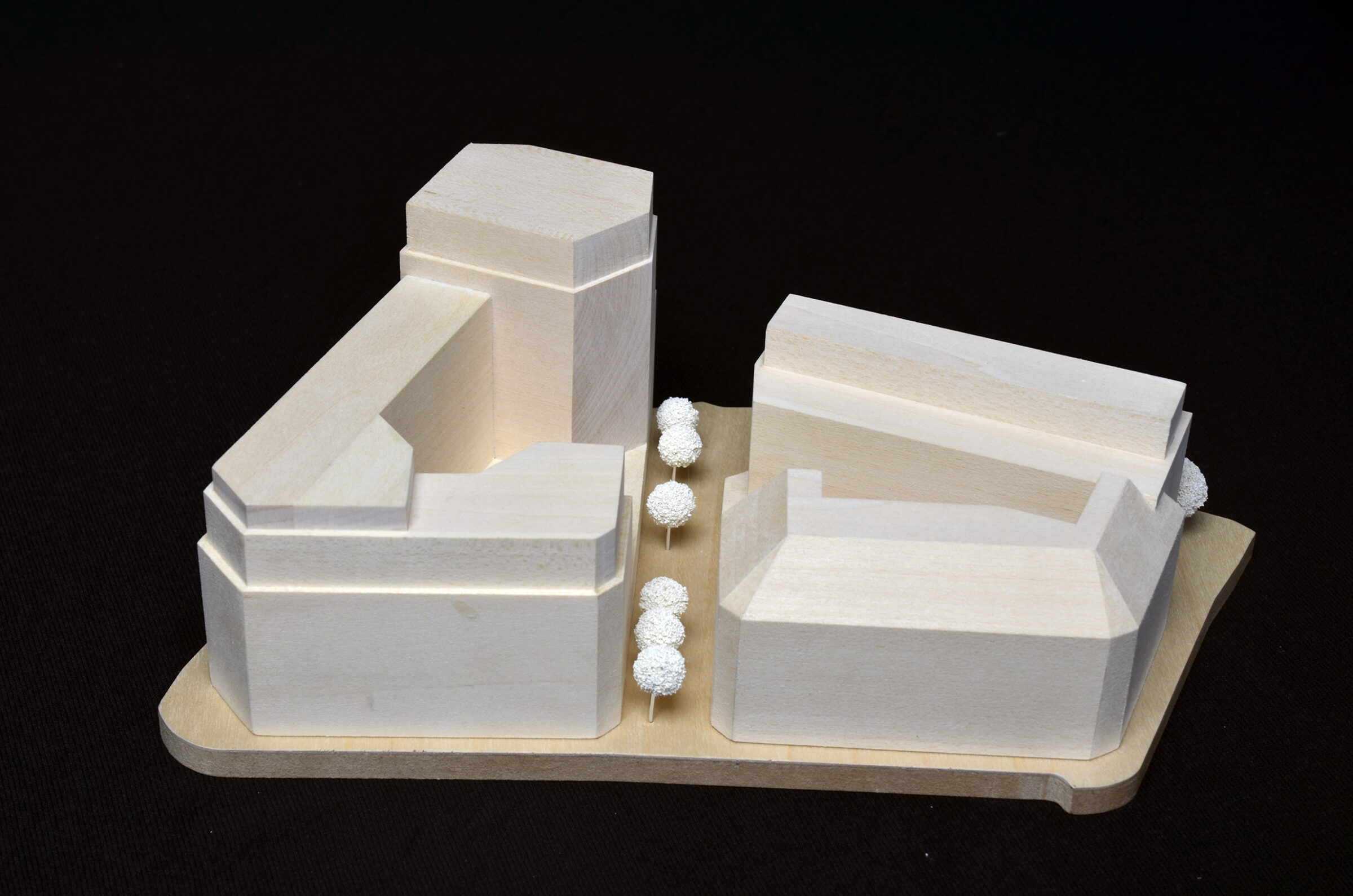 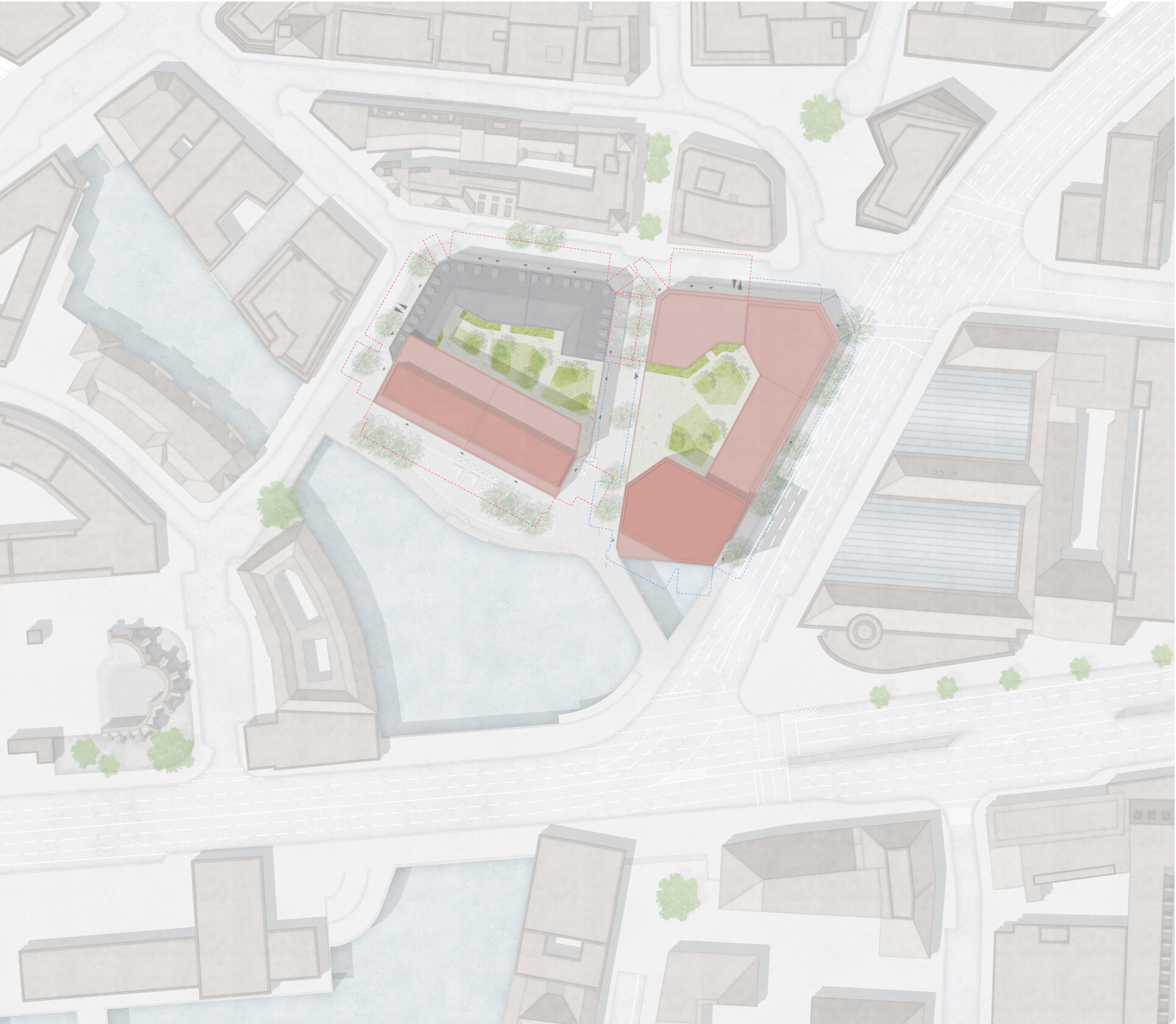 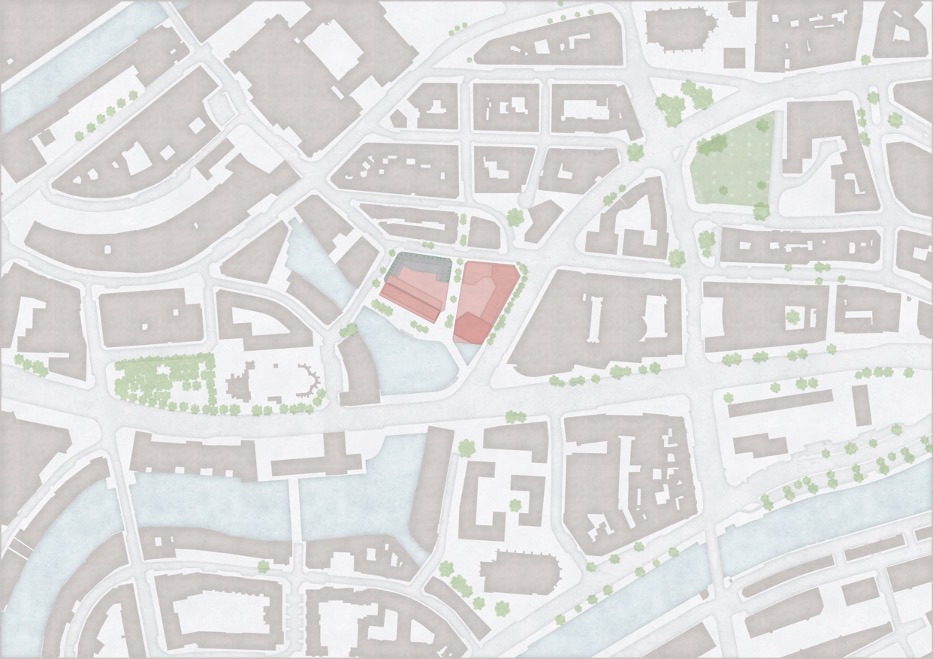 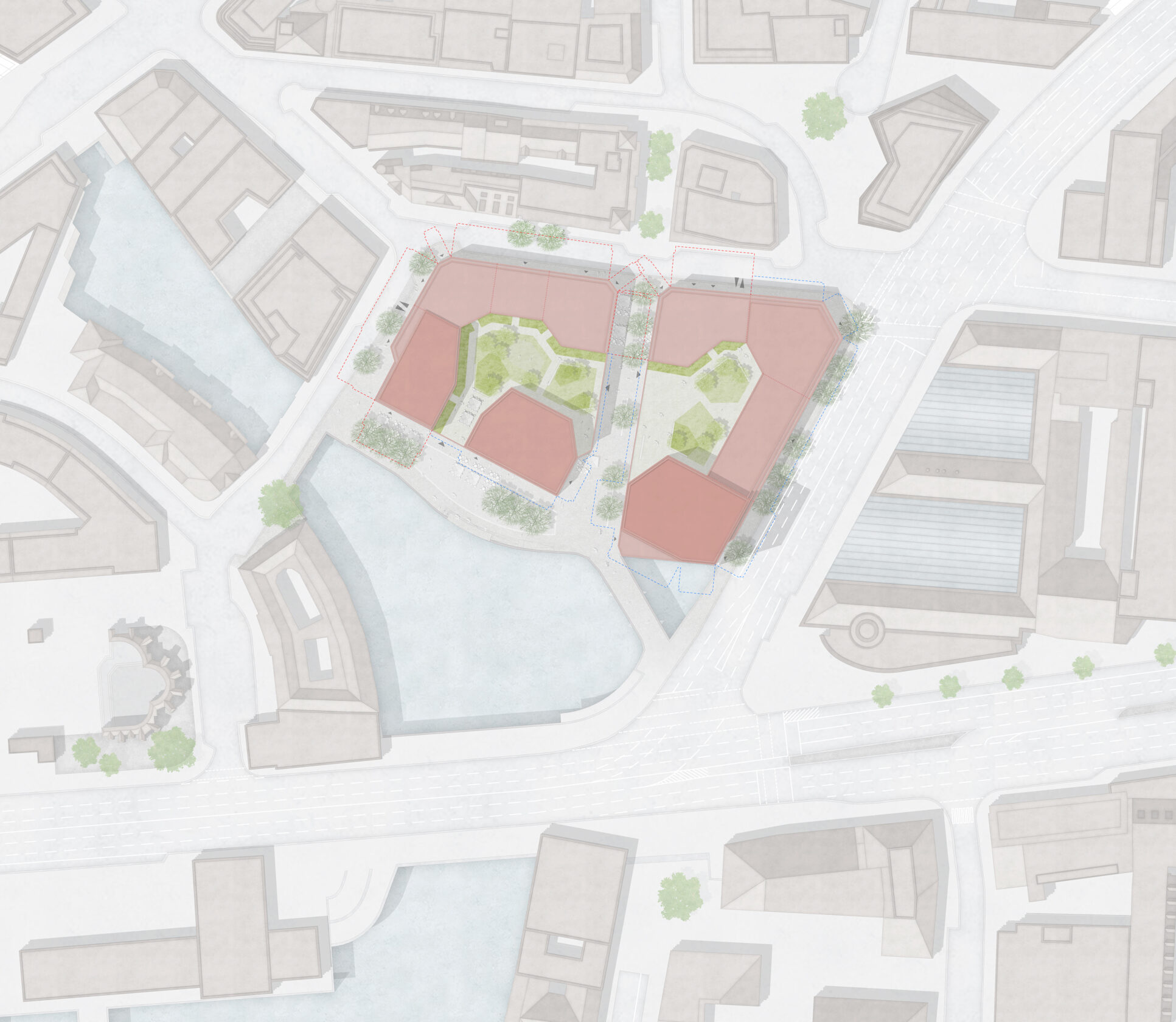 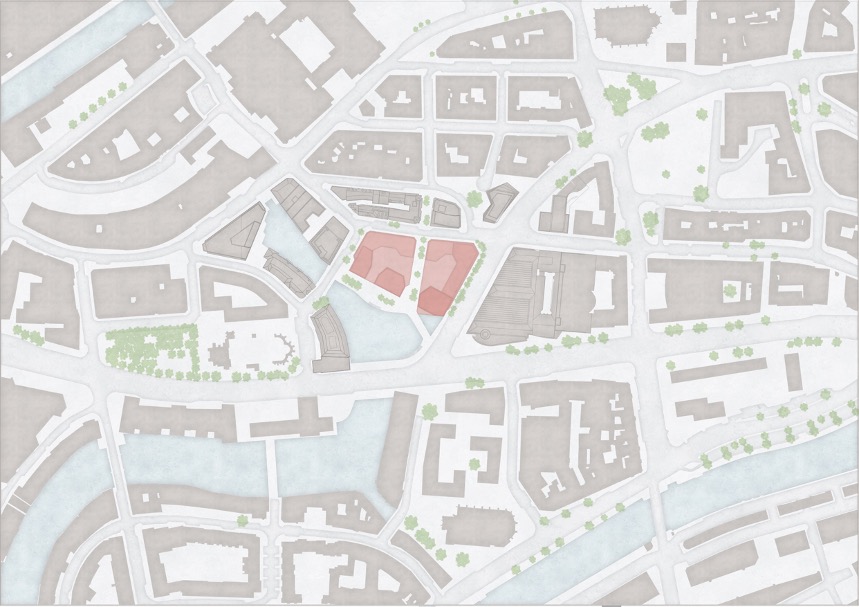