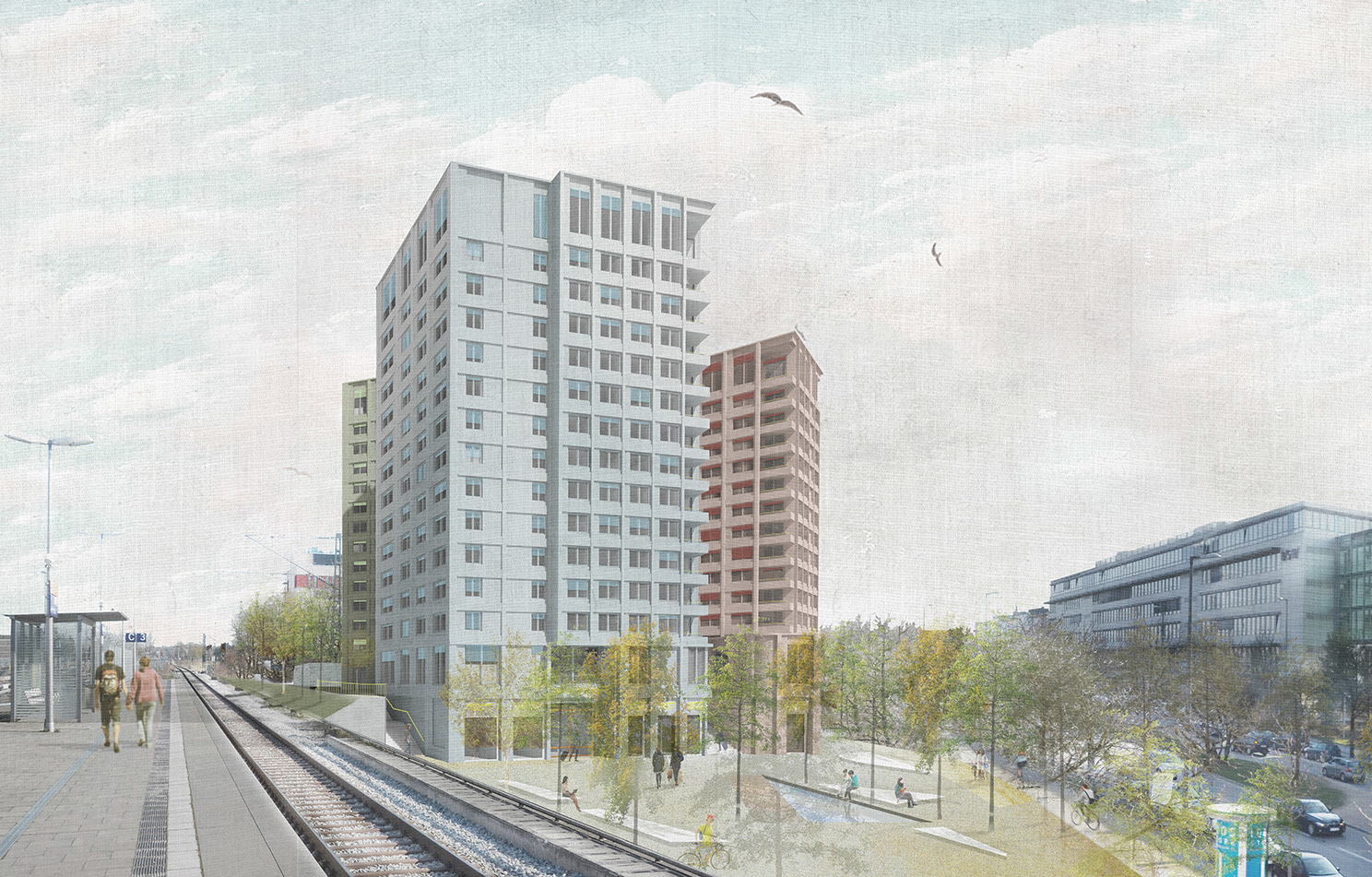 The aim of the design is a dense building structure without isolated courtyards as well as front and rear sides. In order to achieve this, we have arranged three towers as a building group in such a way that the constellation can be interpreted as a whole, as a solid block but also as individual, filigree parts. The resulting plateau, “the in-between”, both separates and connects the individual buildings. It becomes a substantial part of the structure.

Analogue to the American megastructures of the Wilhelminian era, the rugged structure enables the optimal orientation of all apartments towards the outside and thereby generates the best possible lighting and ventilation. Despite the high building density appropriate to the location, there are unexpectedly wide vistas, both over the city and also into the countryside to the south right up to the mountains.

Generously dimensioned outside staircases lead from the forecourt to the plateau of the boarding house. This is a peaceful courtyard for resident and guests, cut off from the bustle. Groups of trees with seating create informal meeting points within the dense sequence of spaces at which residents can meet by chance or arrangement. Both the adjacent café and the communal kitchen have a small seating area and enliven the courtyard.

Starting from the direct connection from the underground garage and from the lower space across the lobby, the plateau represents the central access level to the towers. From here, one enters the respective lift lobby, from where the lifts take residents to all 14 residential floors. The spacious and airy atrium is illuminated naturally from above and, via an inner, circumferential passageway, gives access to the 14 flats on each floor. The good orientation, the daylight, plus an open communication structure contribute to a high quality and identity of the access structure. Sound-absorbing underviews of the corridors and atmospheric lighting complete the pleasant atmosphere.

The façade is formed of ashlar frame elements, which generate a superordinate grid of horizontal and vertical structure. The surface is silky matt, e.g. structured over sand-blasted surfaces, and differentiates the towers through different supplements in three natural colour shades. 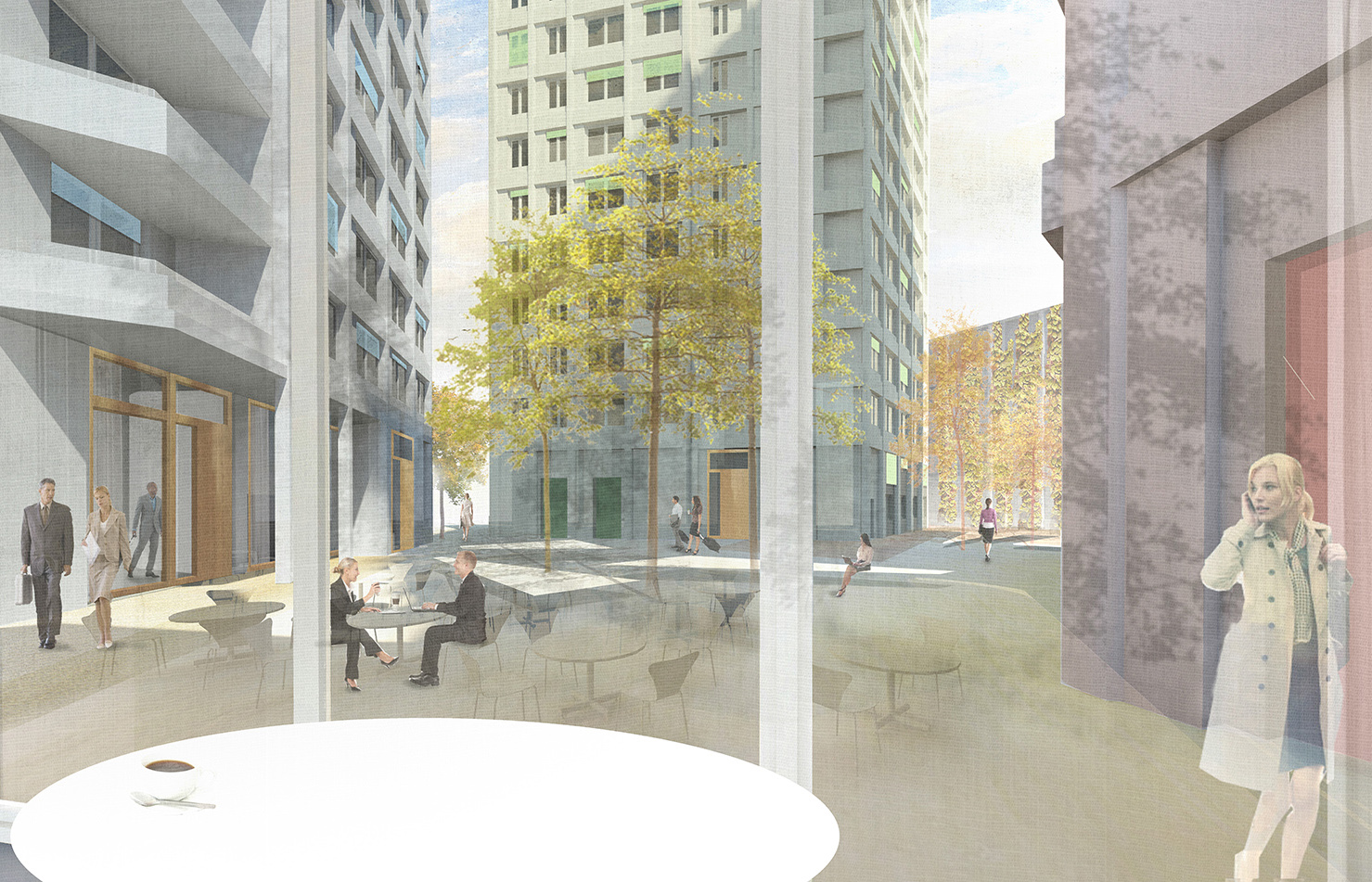 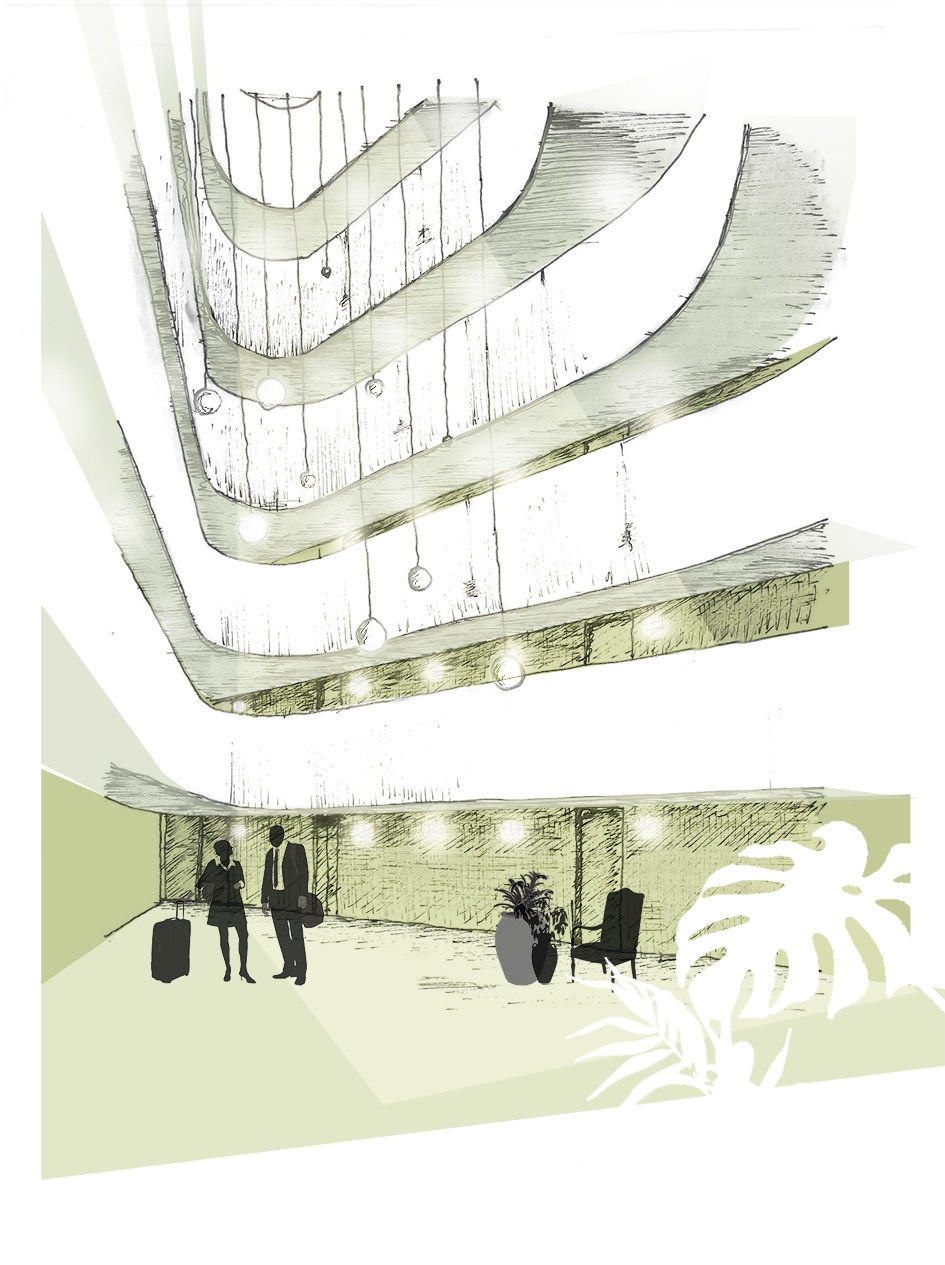 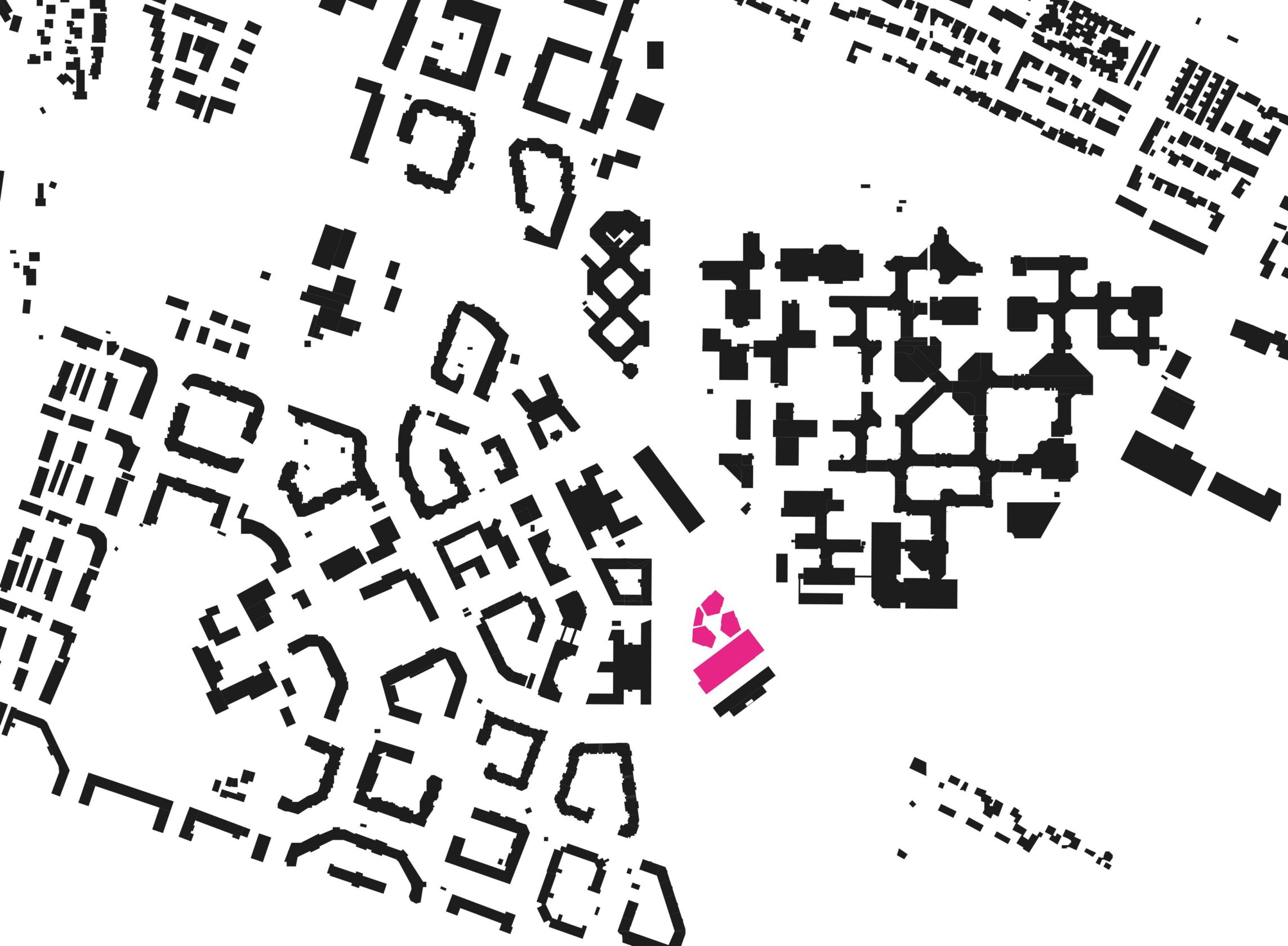 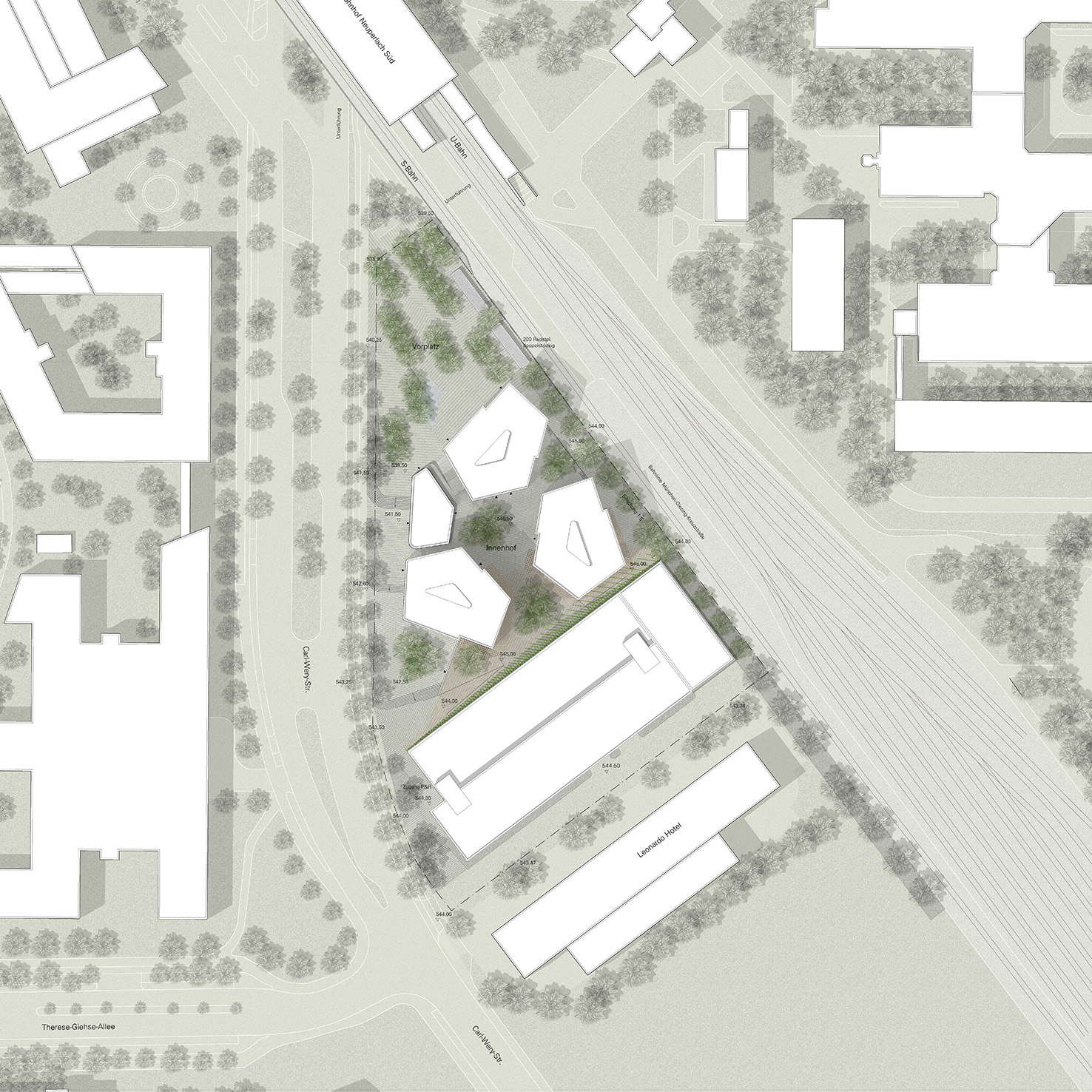 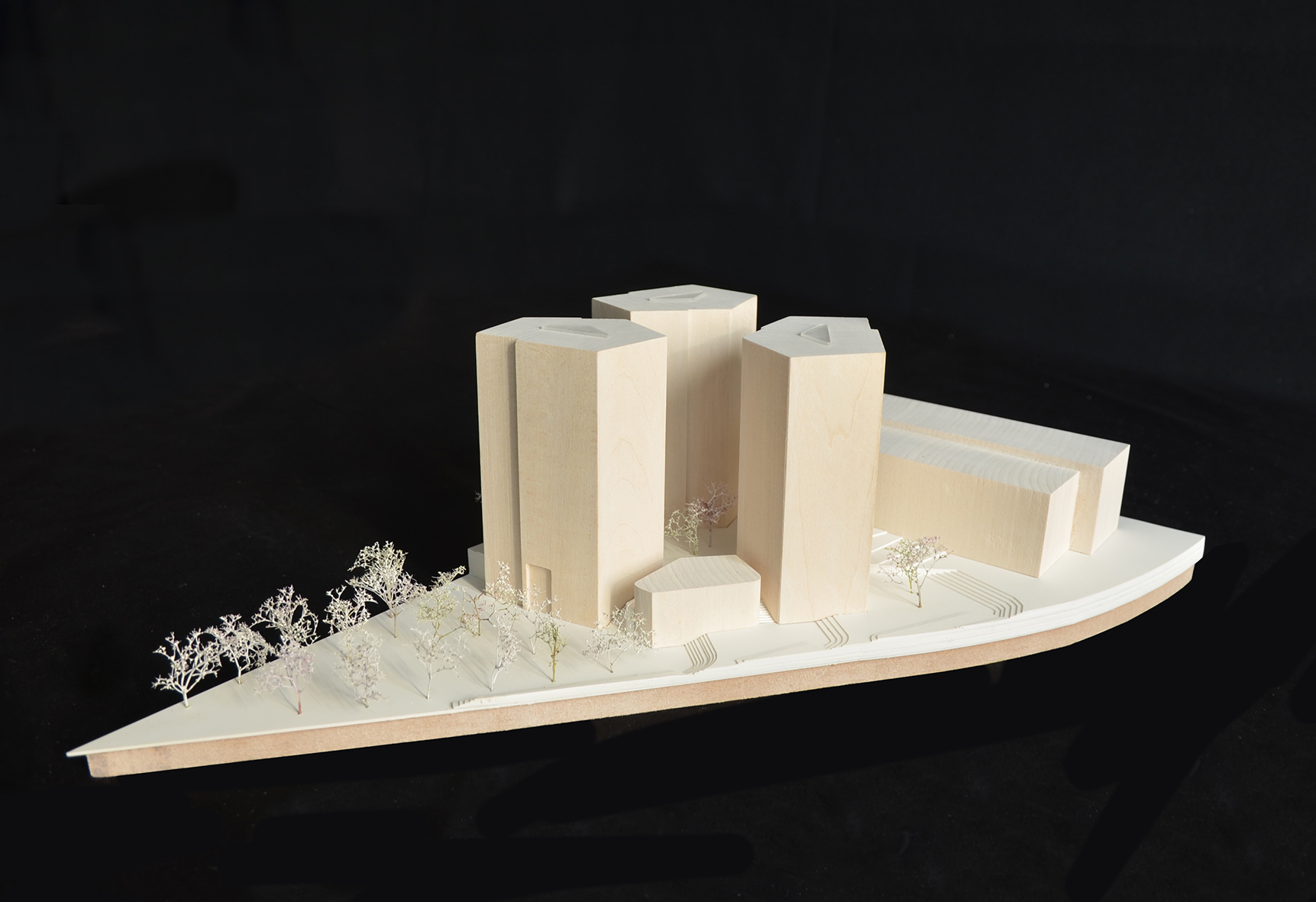 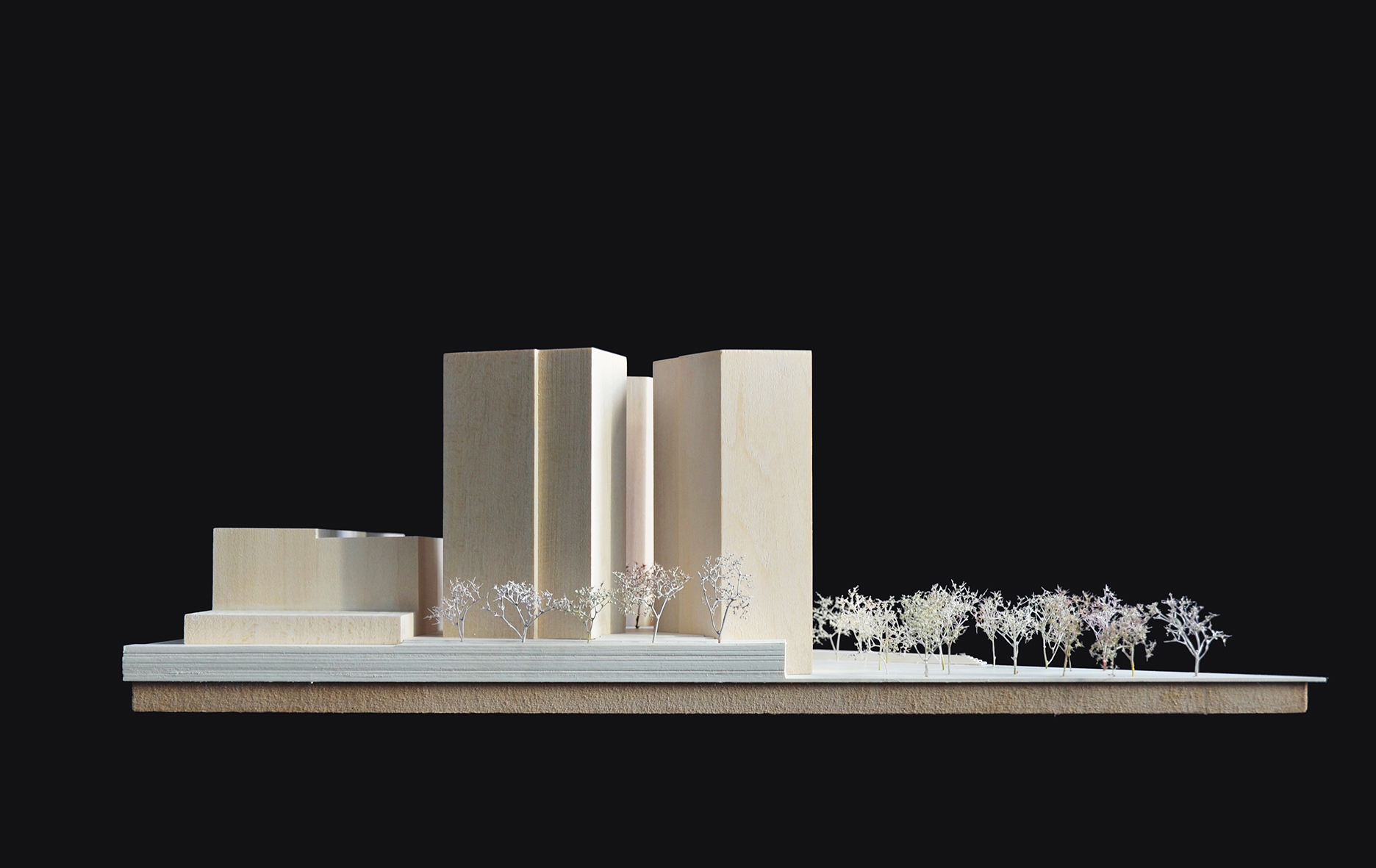 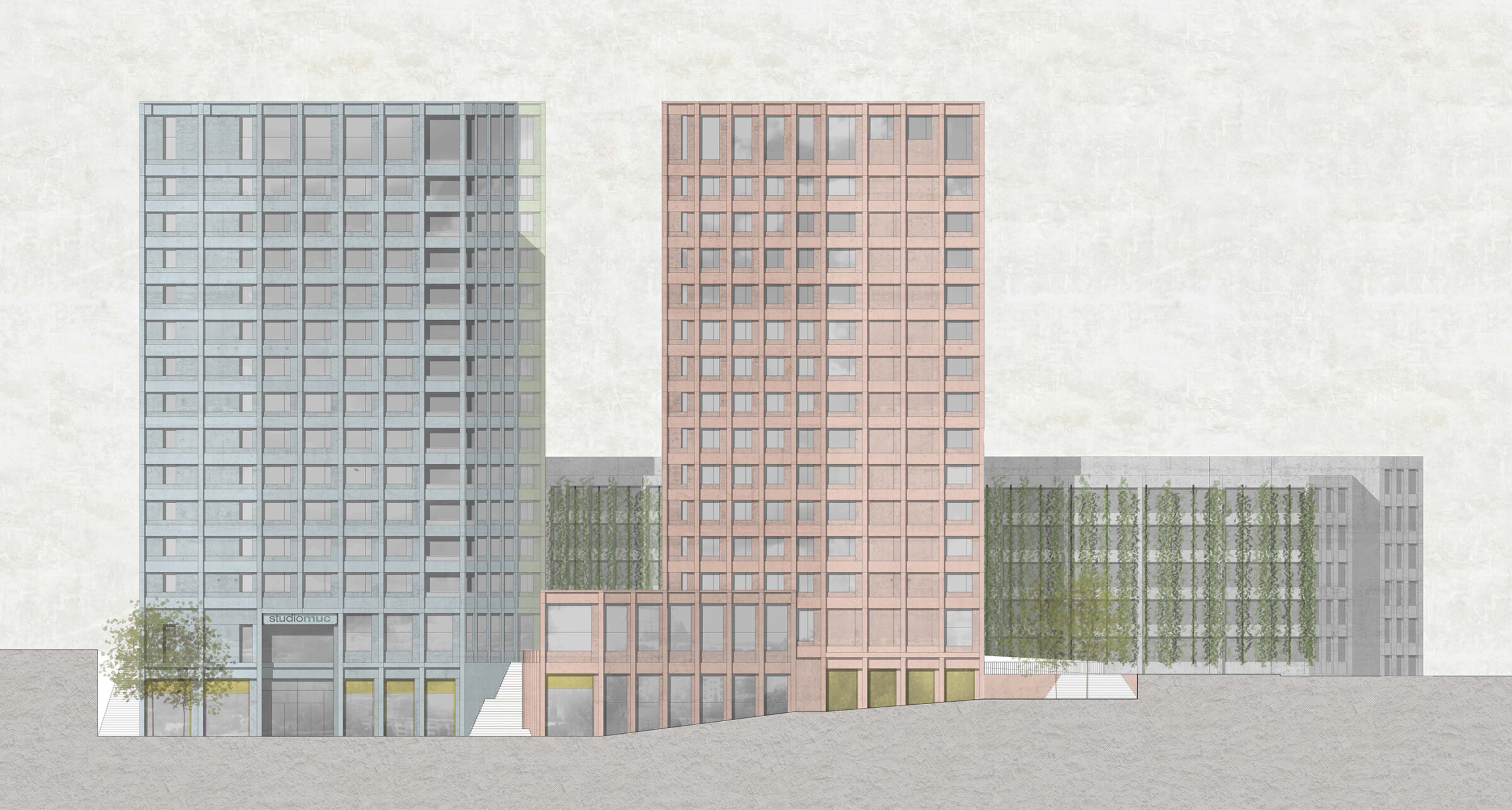 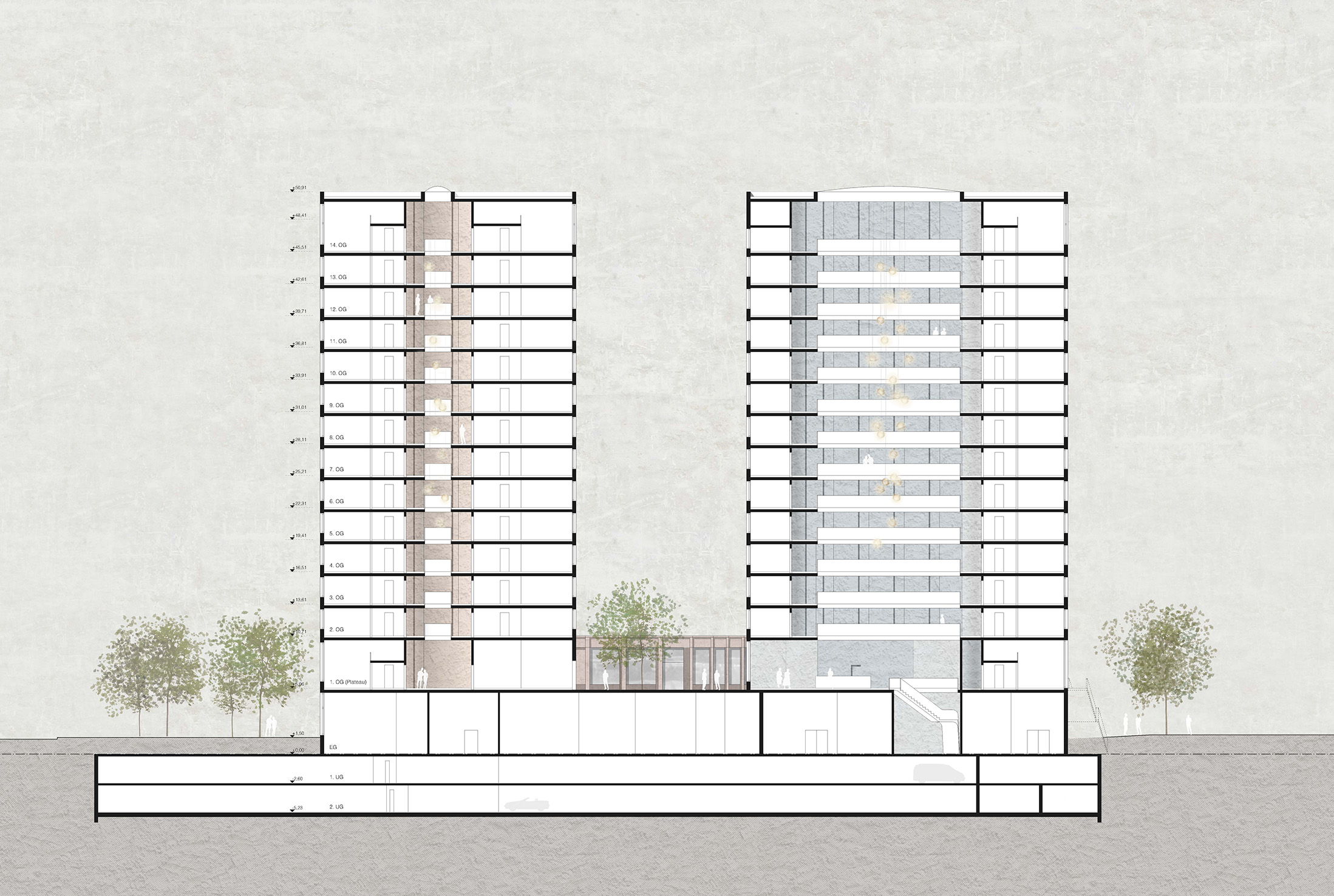 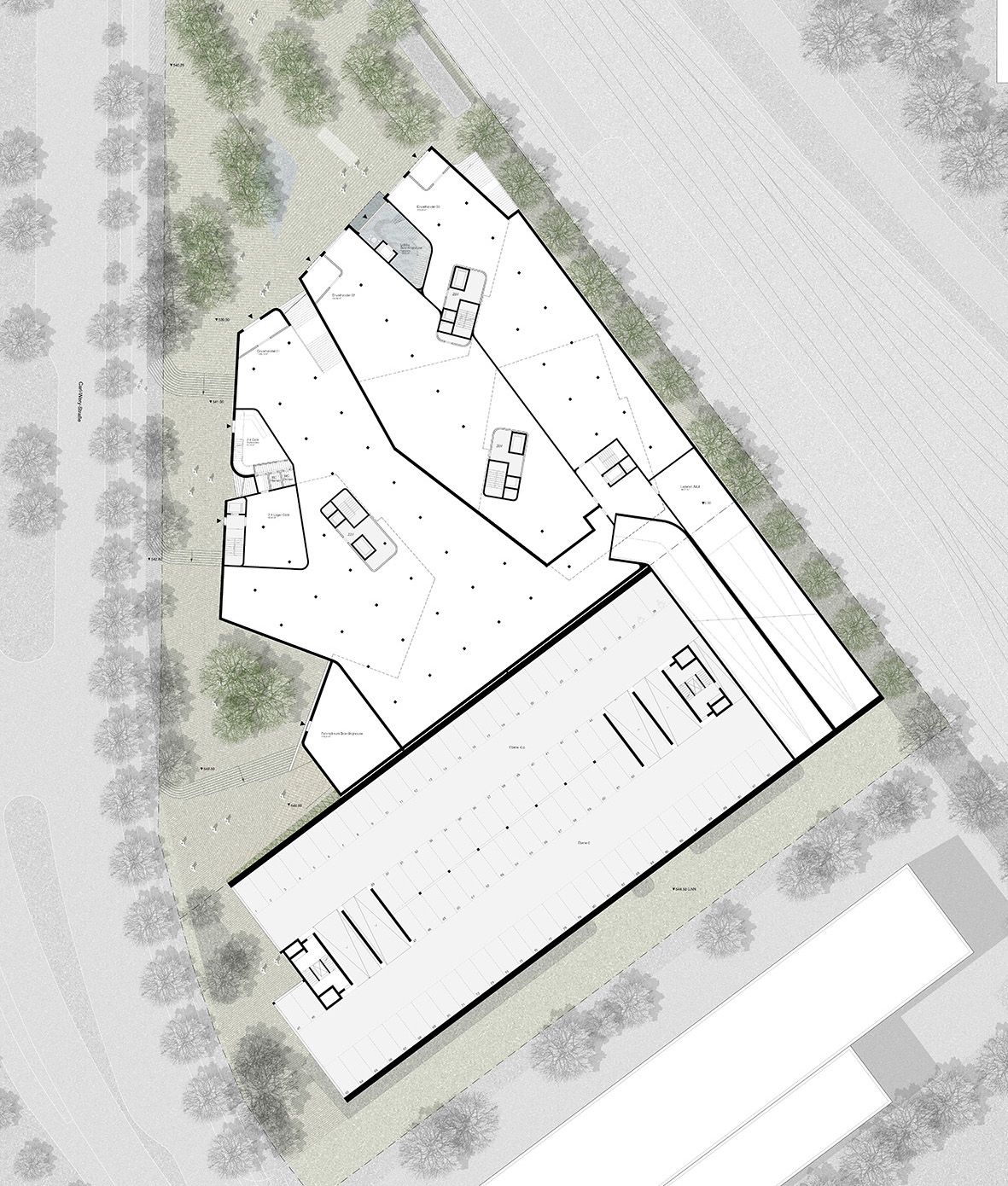 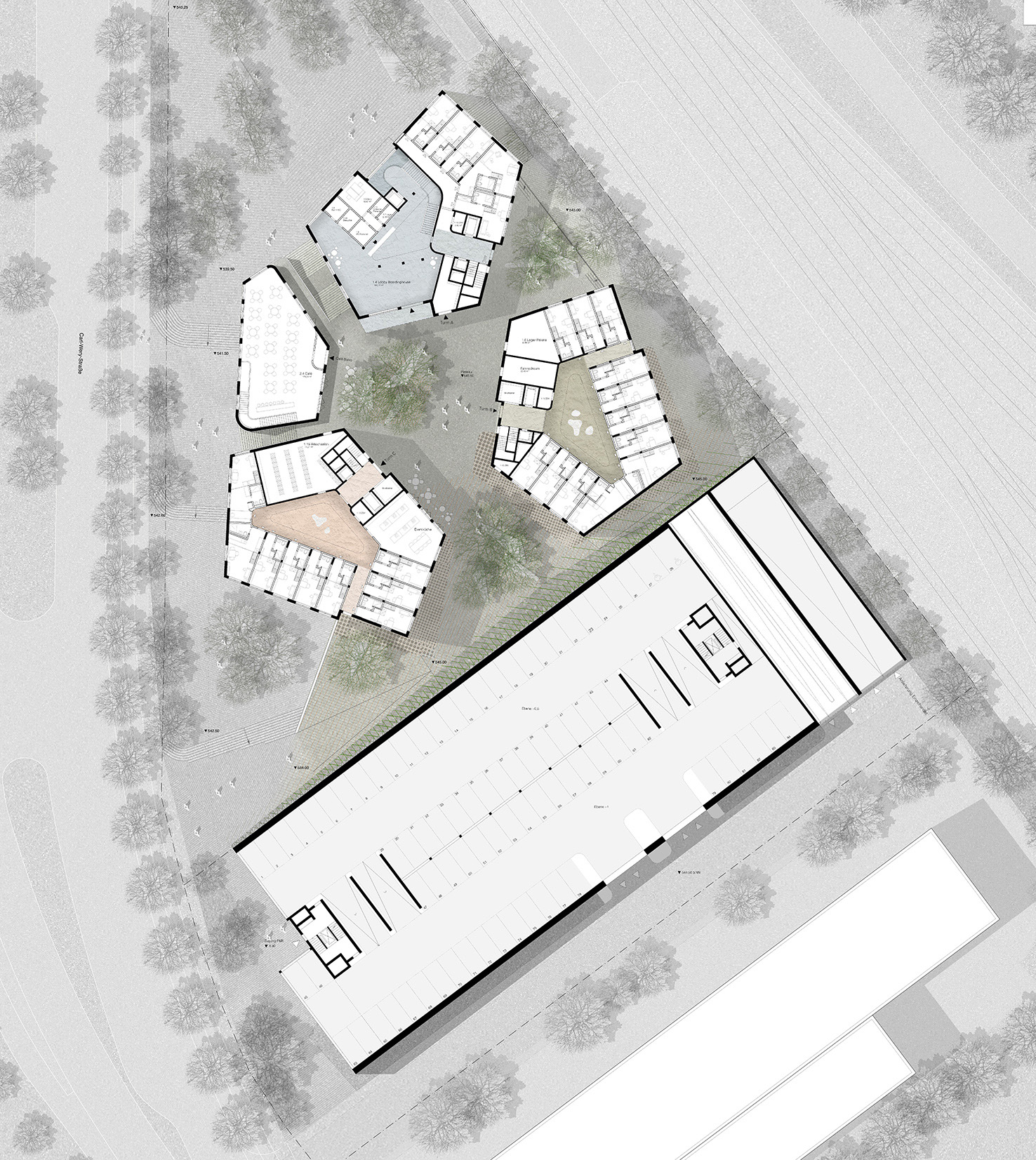 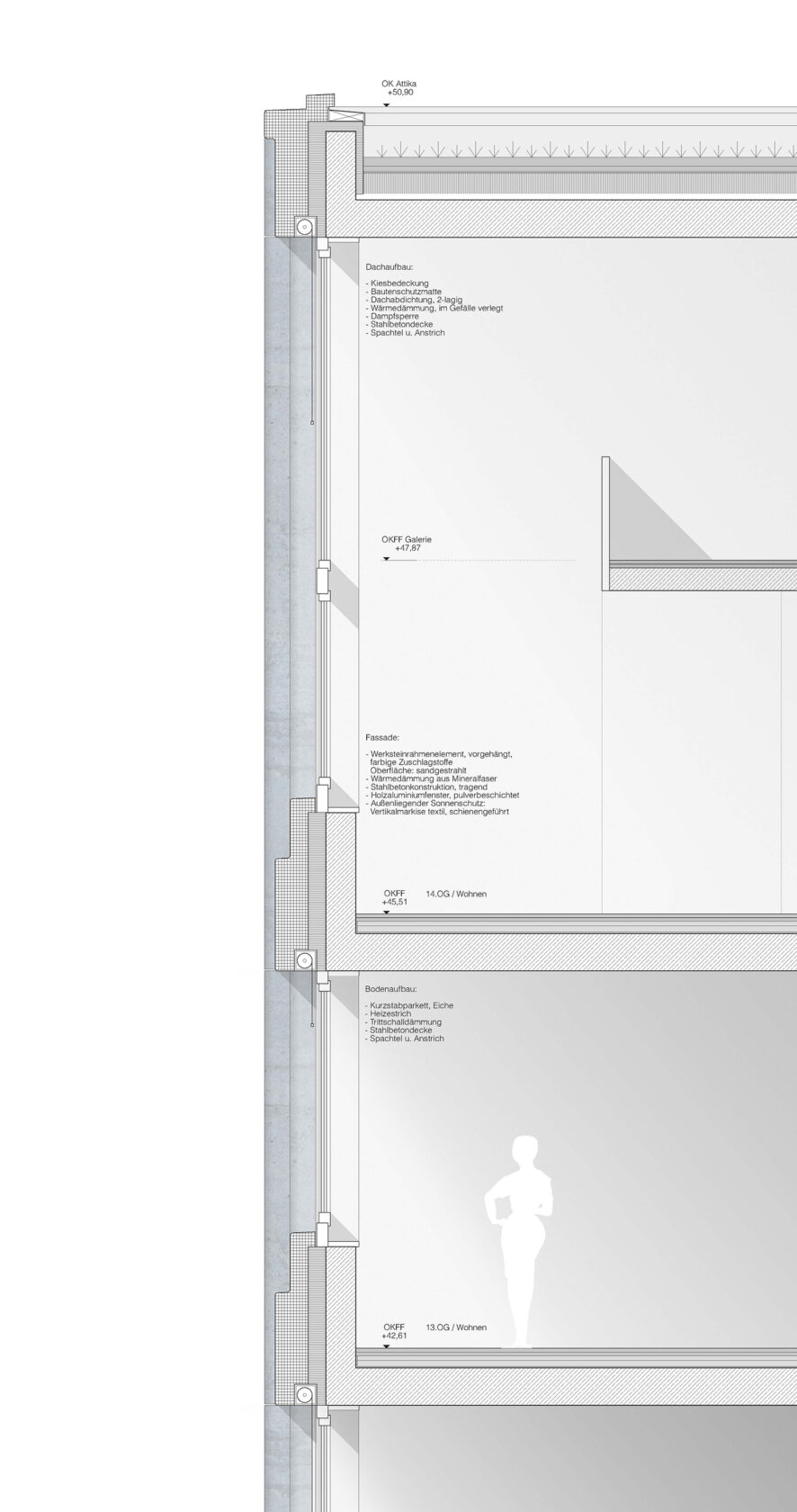 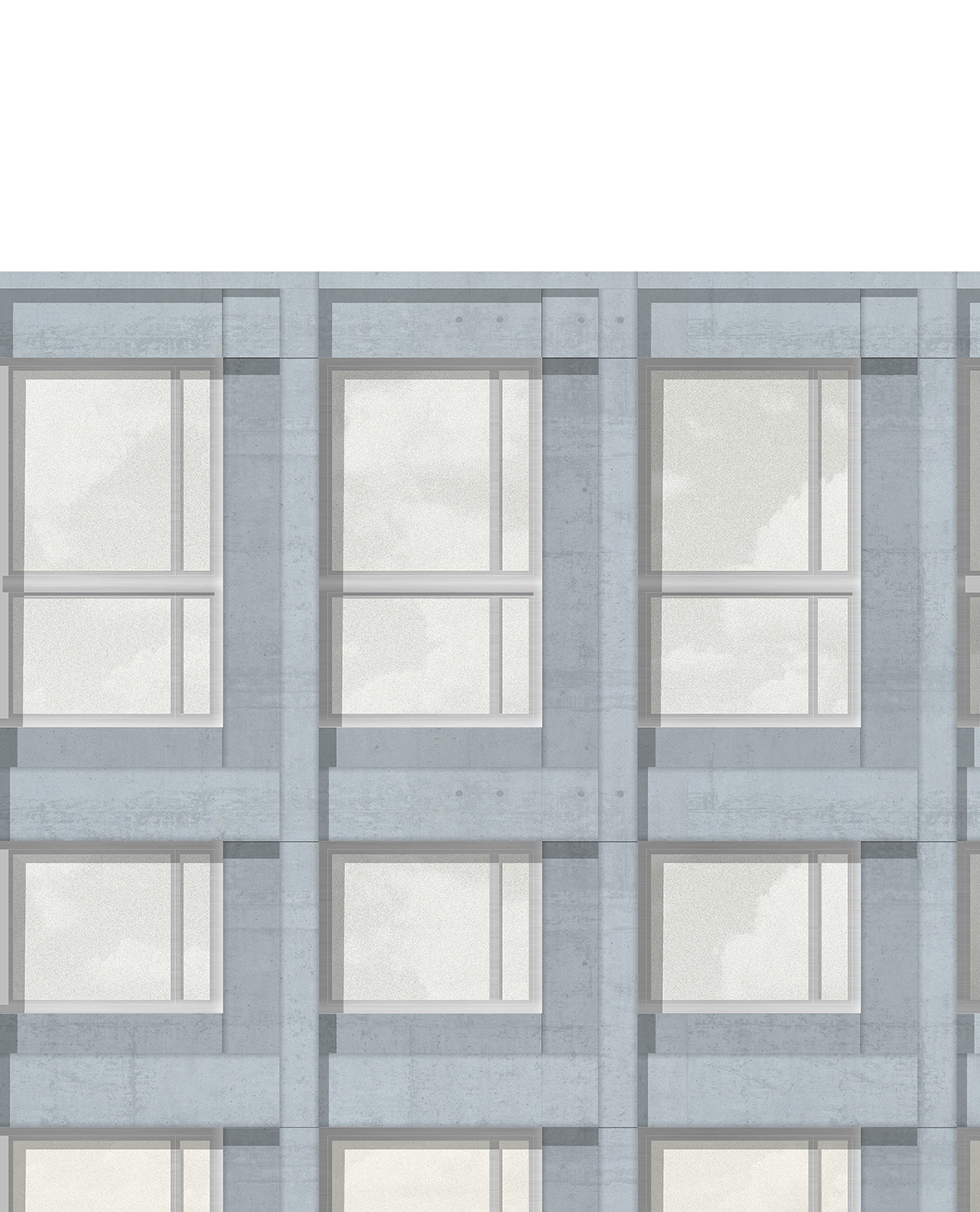 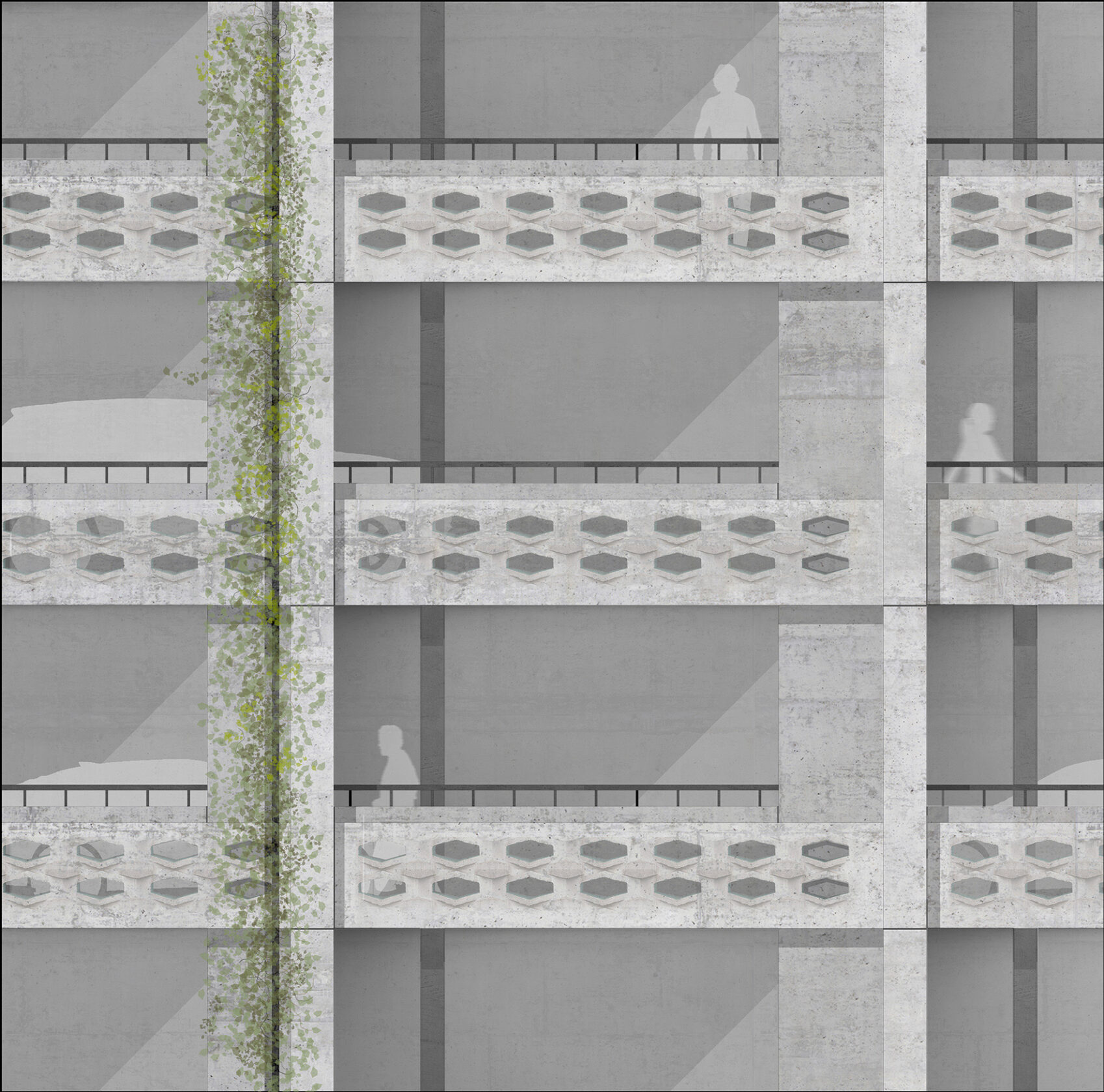