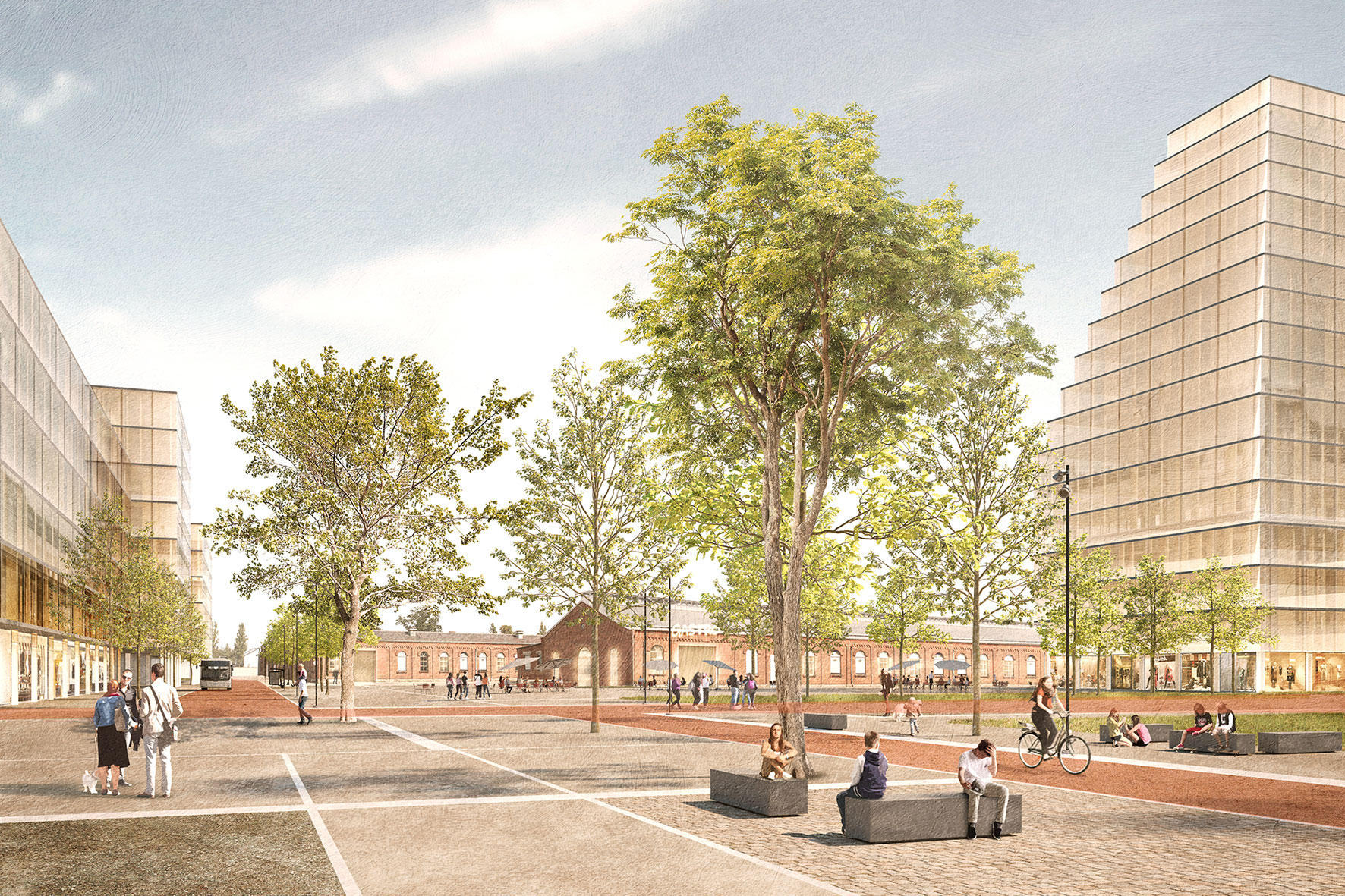 The former industrial site in the northeastern part of Ingolstadt offers a unique opportunity to establish a new central urban quarter directly between the historic old town and the Nordpark.

This urban quarter can be a decentralized center for its surroundings.

For this purpose, a concise block structure is superimposed on the existing orthogonal grid. This efficient basic structure forms the continuous and at the same time in the use flexible and diverse carpet for new building areas. The structure creates orientation and continuity as well as a coherent urban space.

The city square at the new high-rise building takes the central role in the outdoor space structure and creates space for urban life, diversity and, above all, identity in the area of tension between the urban space, the historic shed roof hall and the new city district including the high-rise building.

Further west is the more residential square at the historic water tower, integrated between trees and natural elements.

The new block structures tie in with existing standards, such as the shed roof hall, and create clear orientation and at the same time optimal living conditions through an orientation both outward to the city and inward to quiet and partly private residential courtyards.

At the central square, the listed hall with its identity-creating character is connected by a new high point to an ensemble with post-industrial charm.
In the south, the development with special uses such as kindergarten and senior living, but especially with a low and small-scale building structure, connects to the area of existing single-family and small row houses on Anzengruberstraße.

The building heights are moderate in the interior of the area with largely 6-story buildings, but still a challenge for the surrounding area in Ingolstadt. At the same time, however, the high density creates the prerequisite for a functioning urban fabric and a lively neighborhood and represents the logical consequence in a rapidly growing city in order to avoid endless urban sprawl and quality-less land consumption. 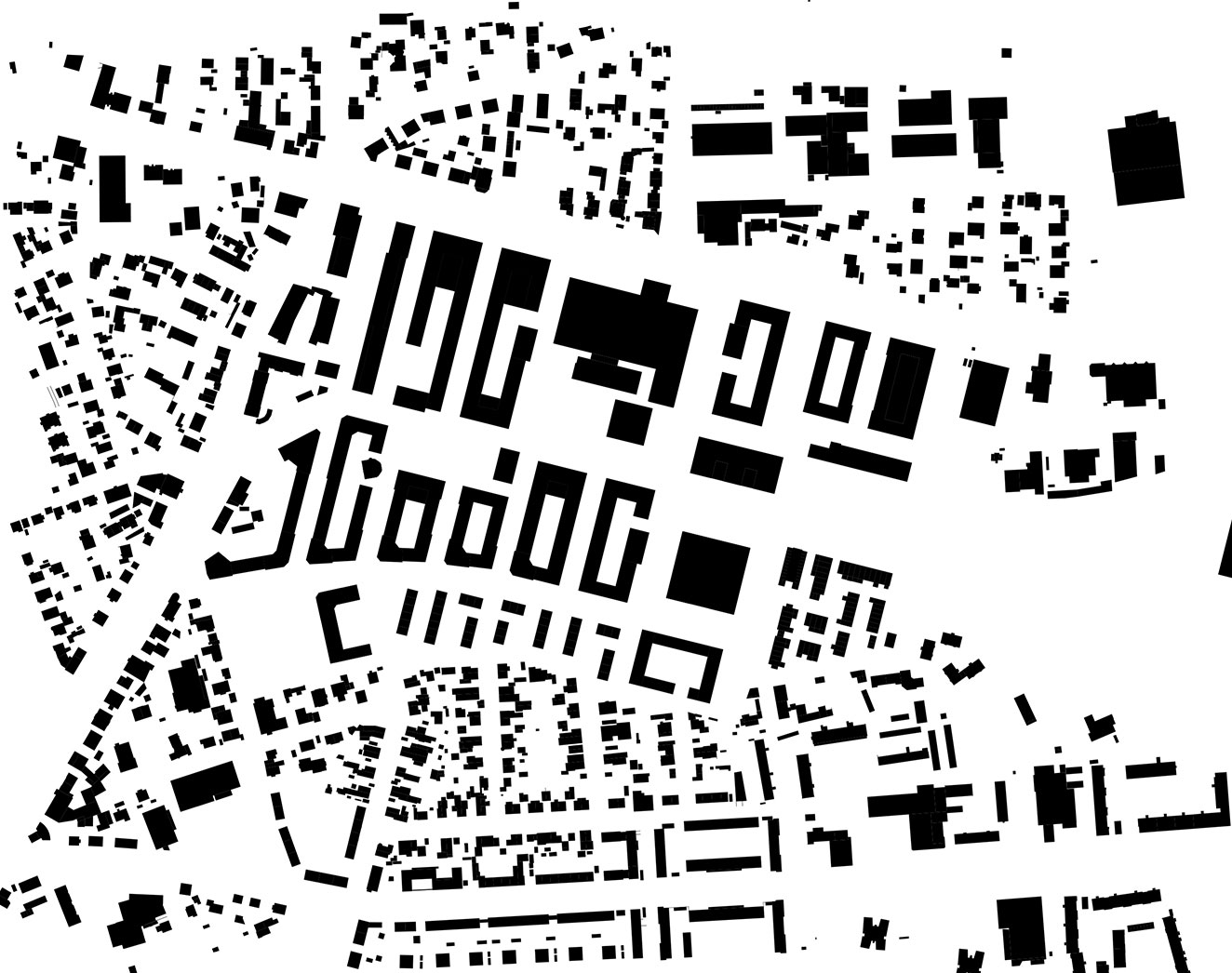 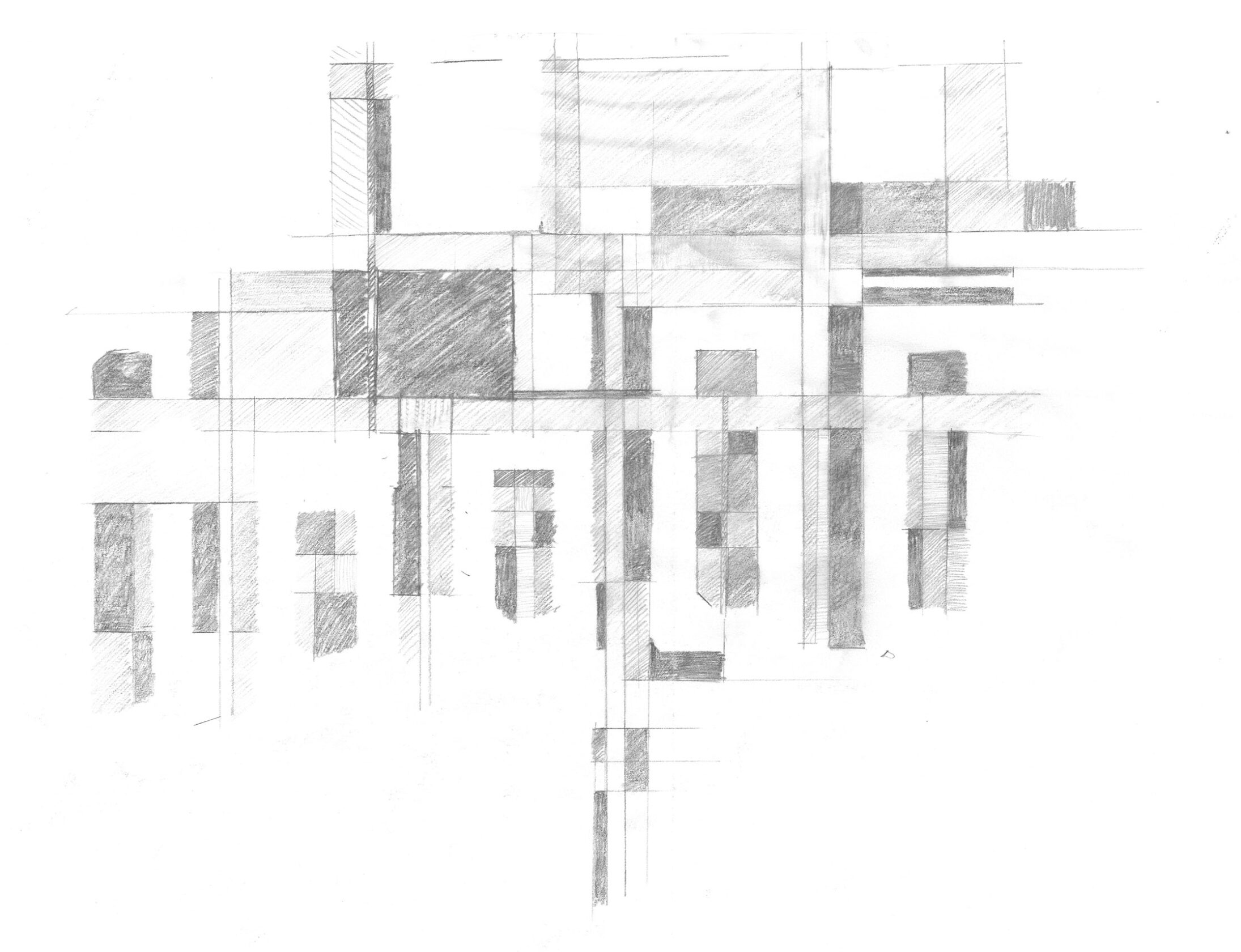 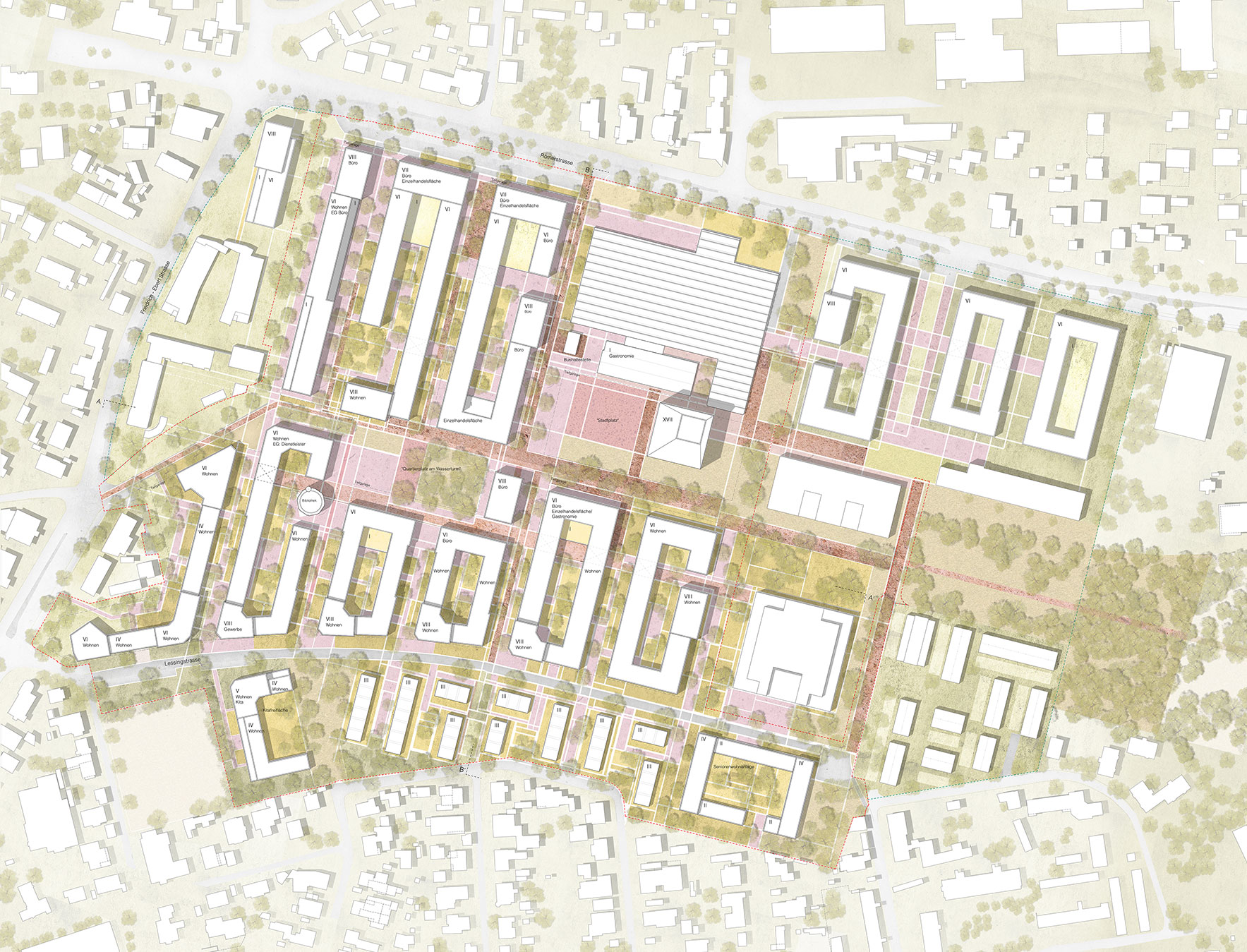 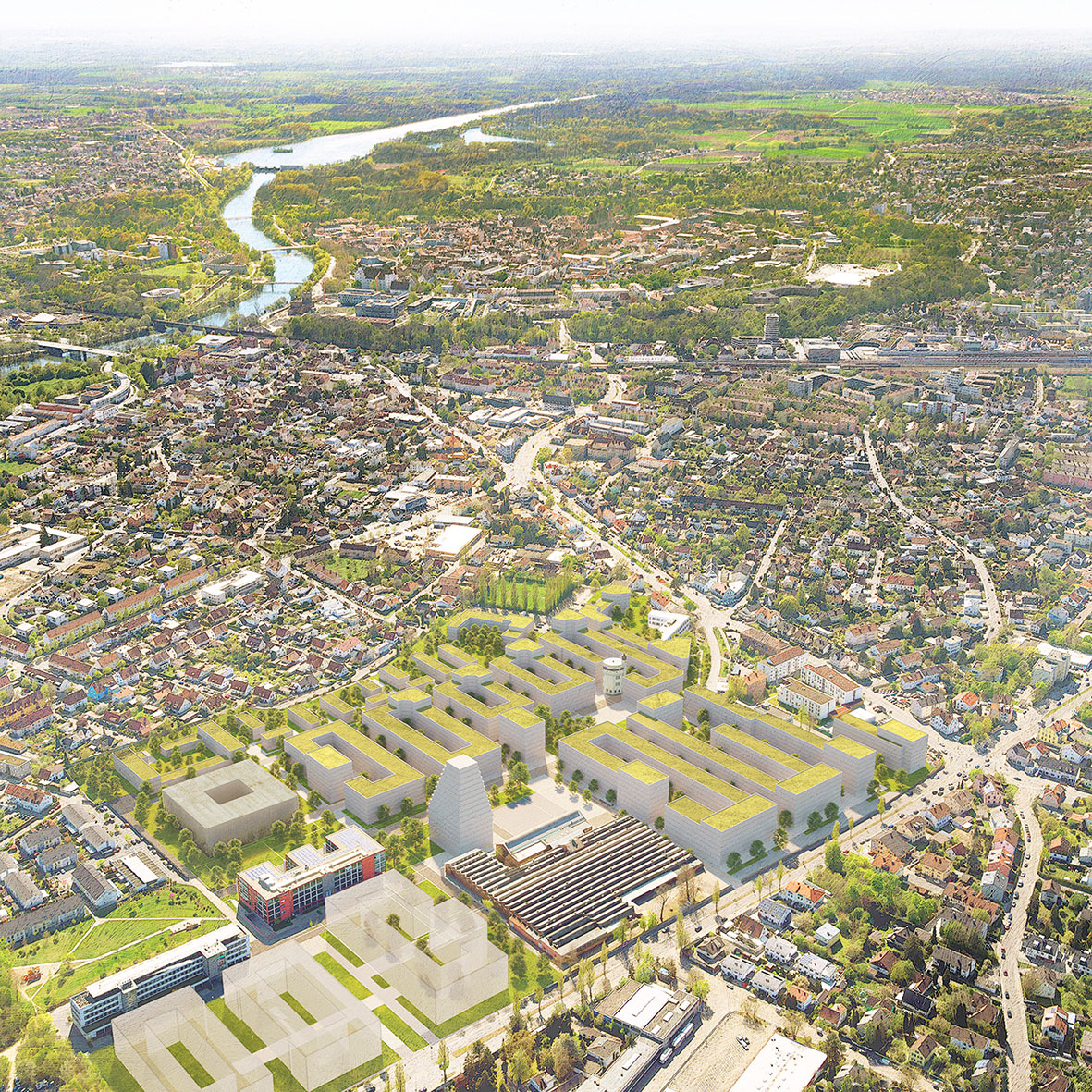 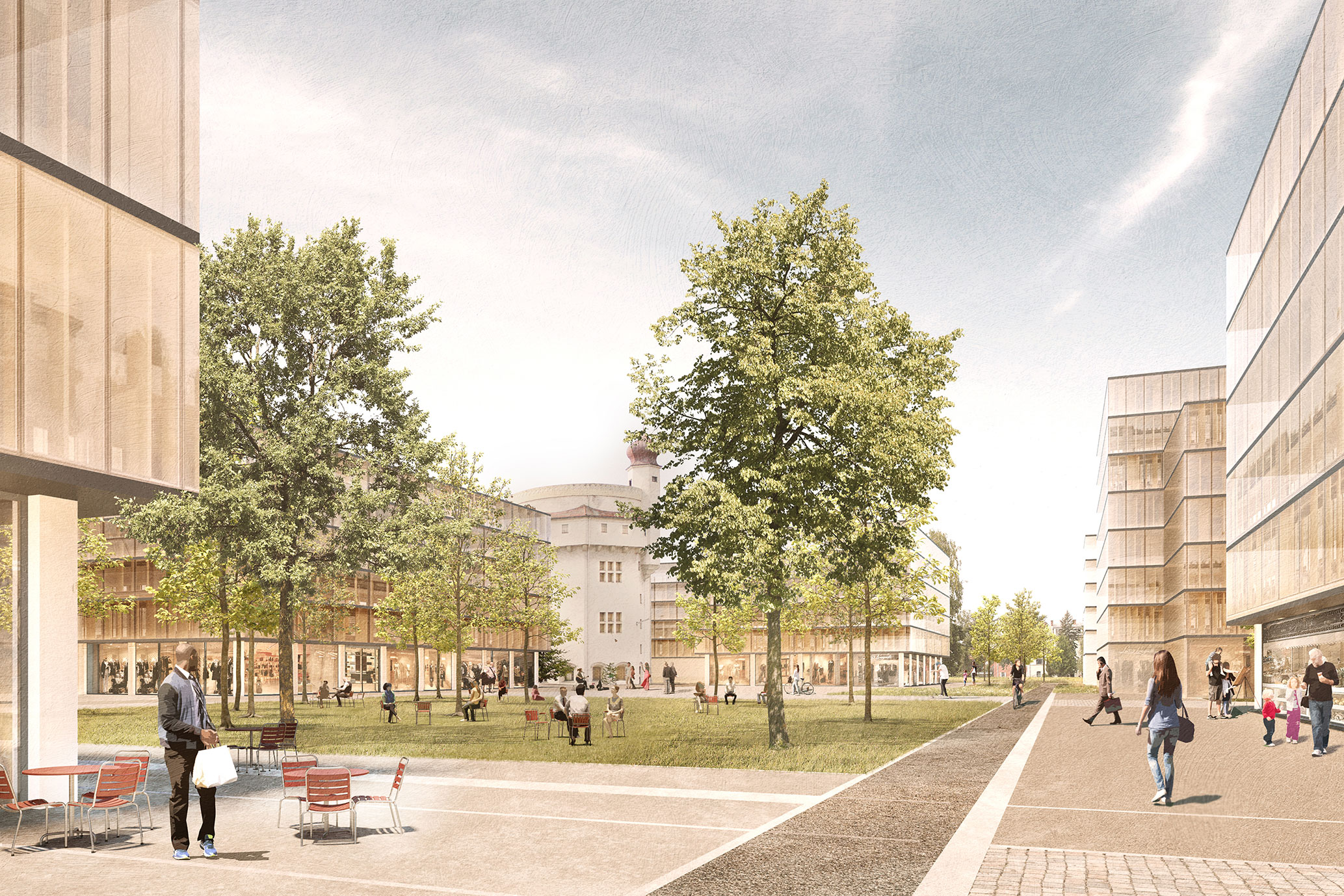 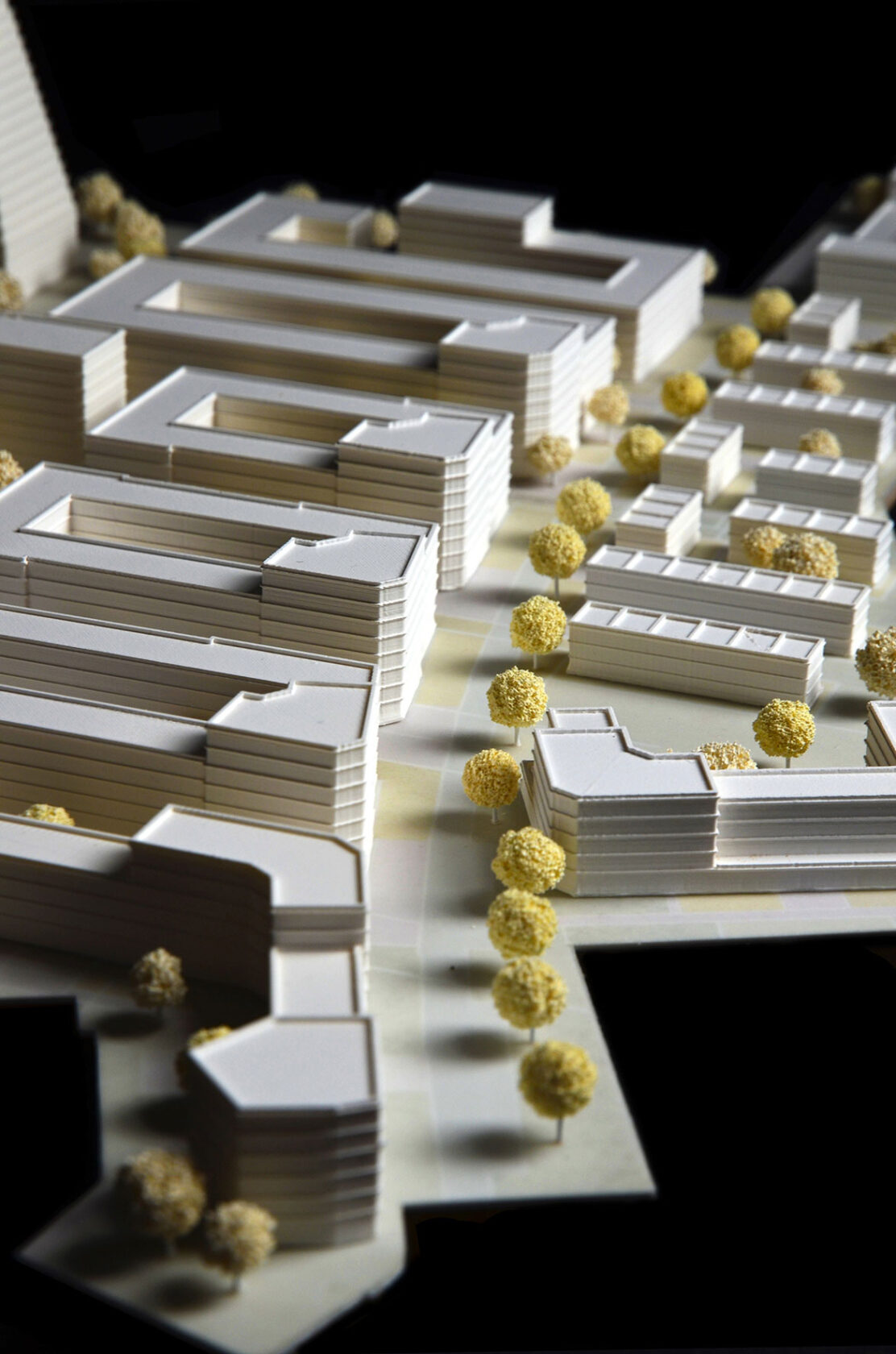 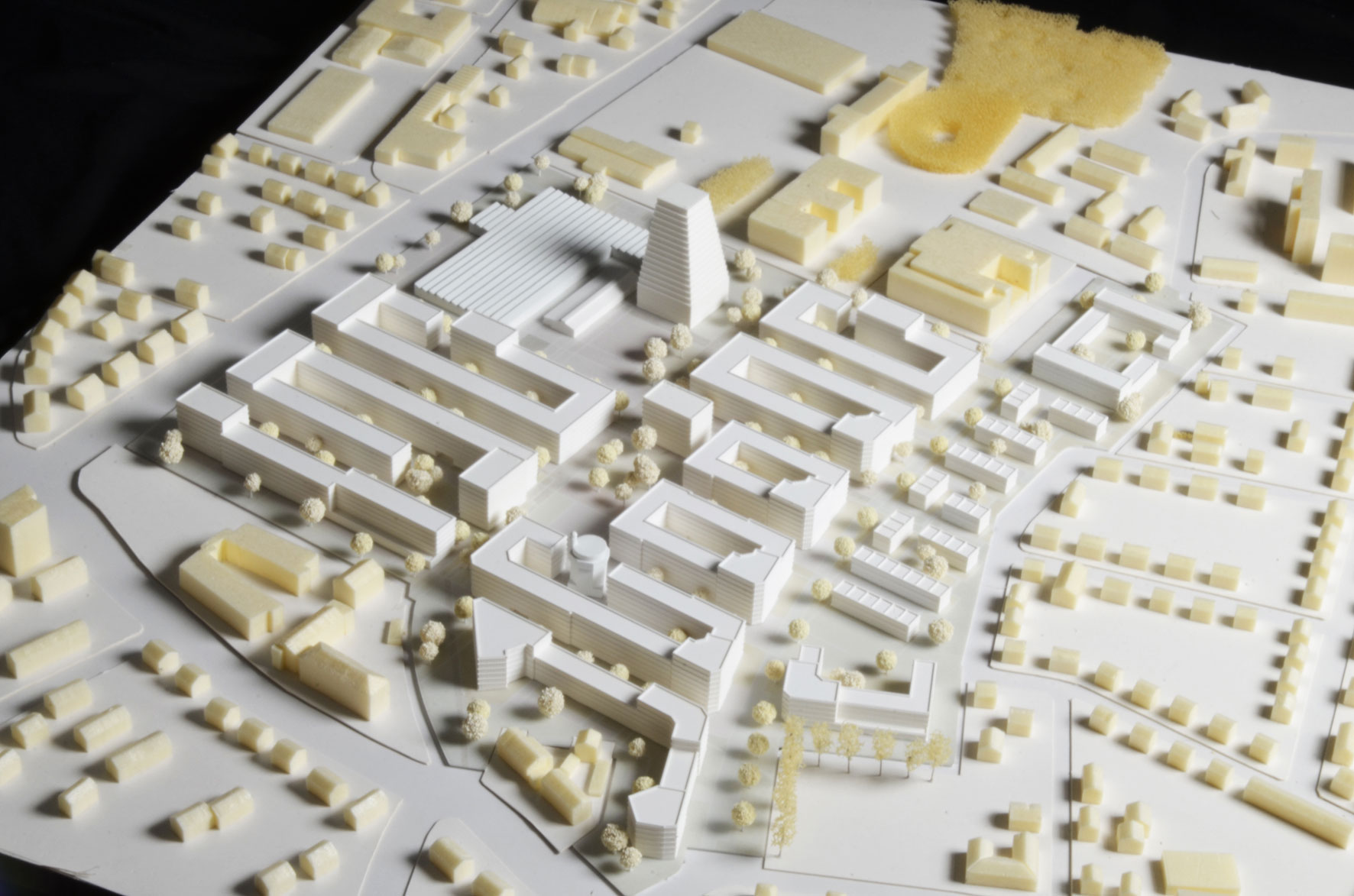 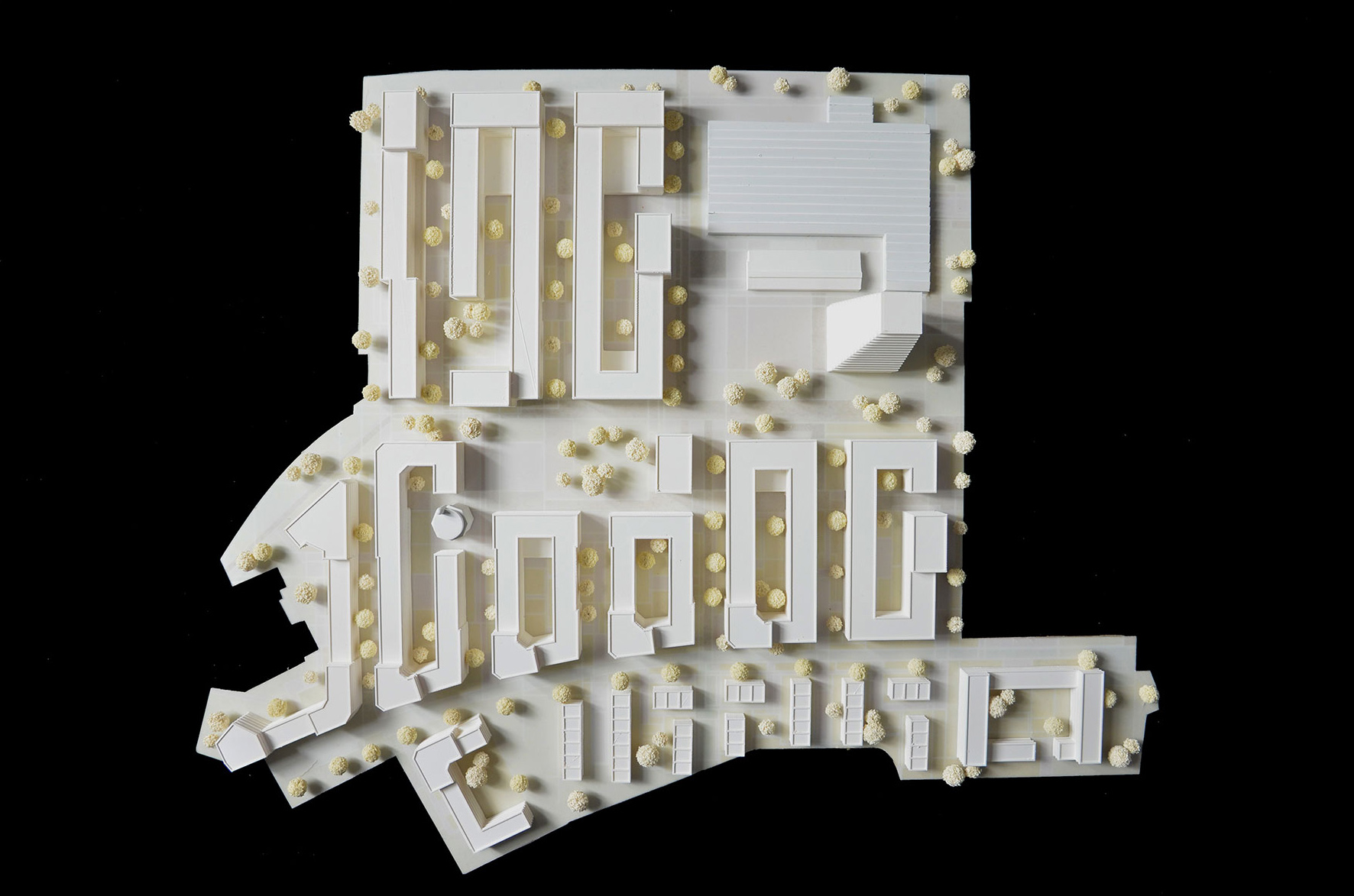 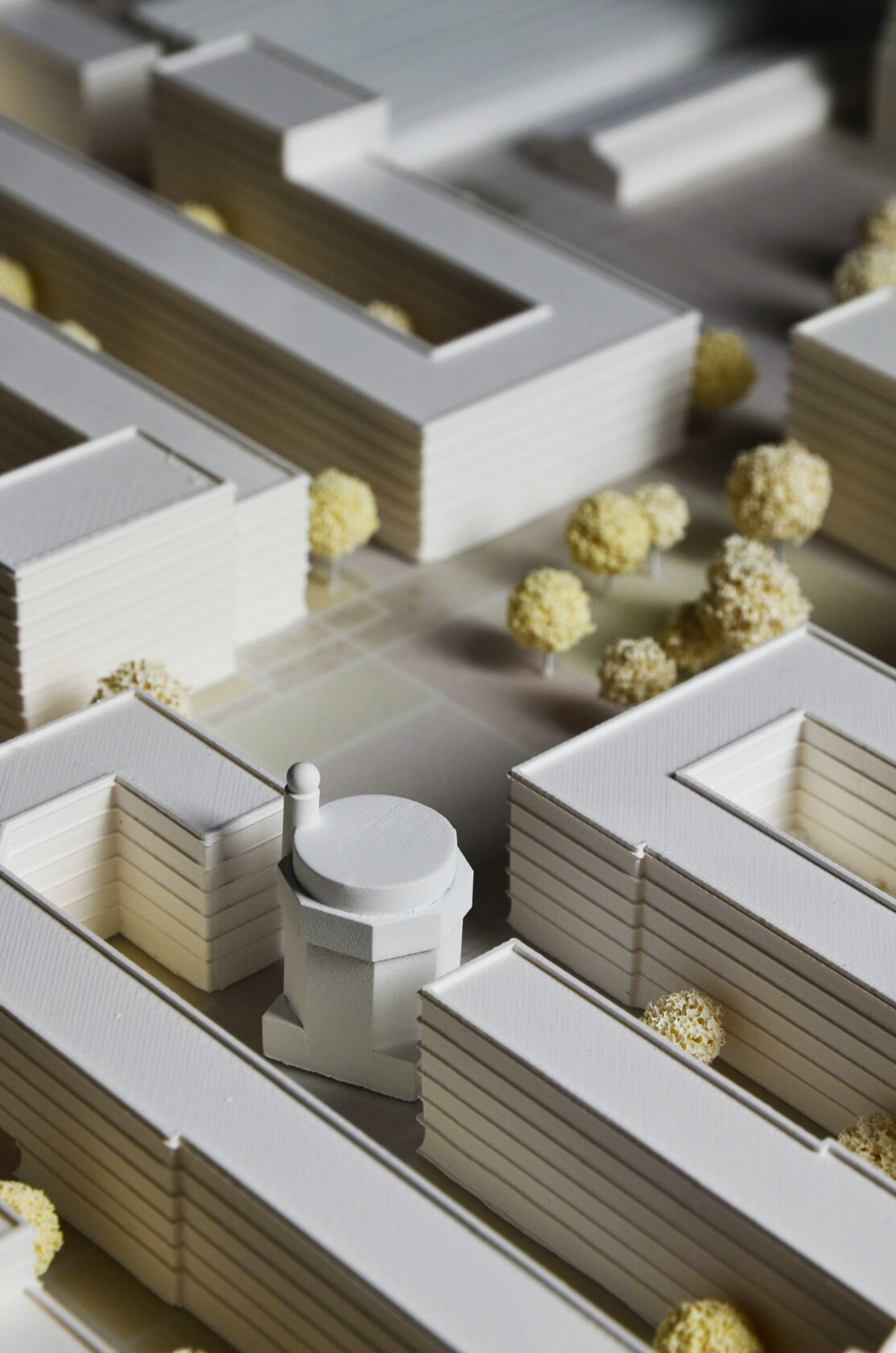 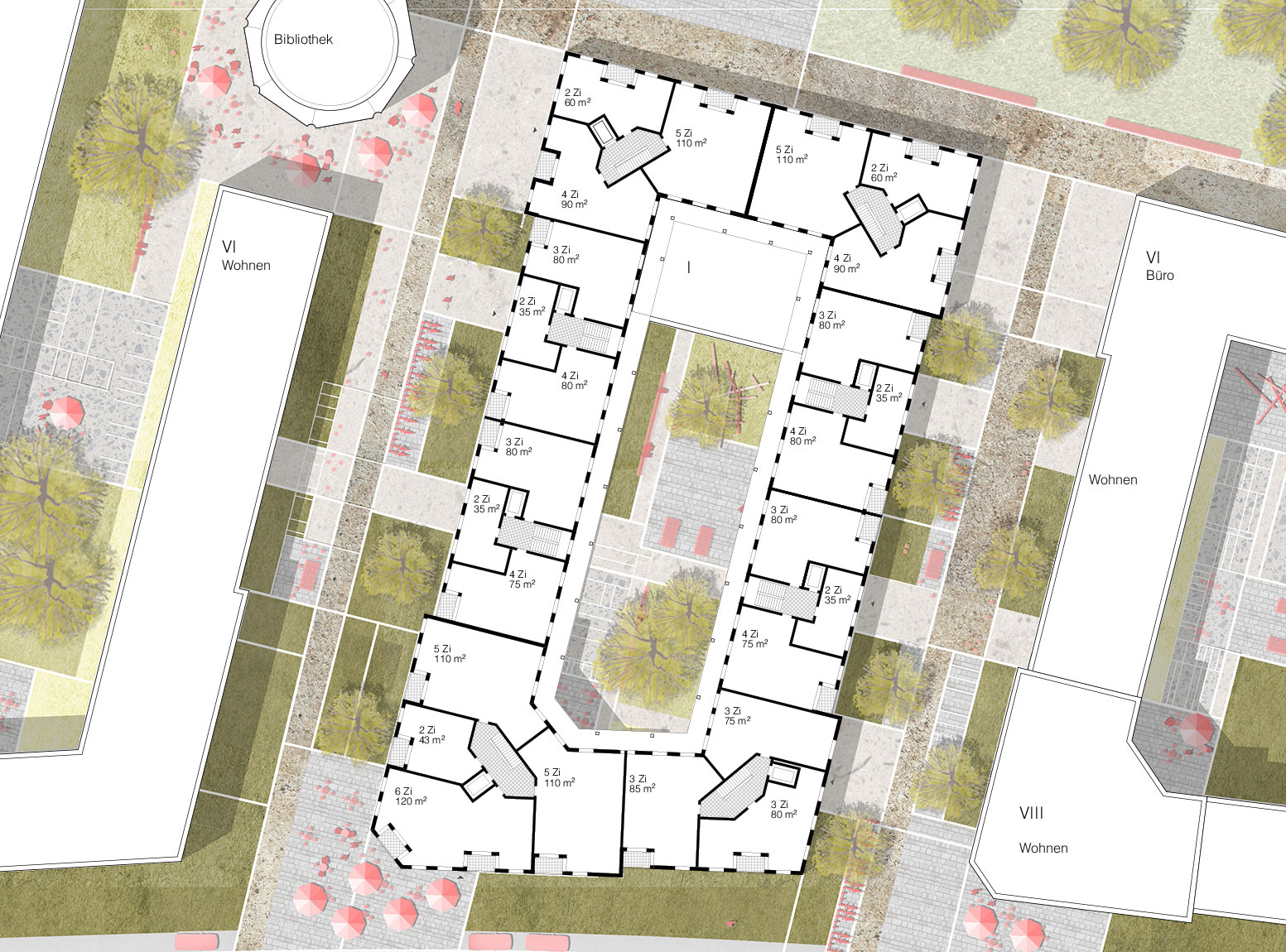 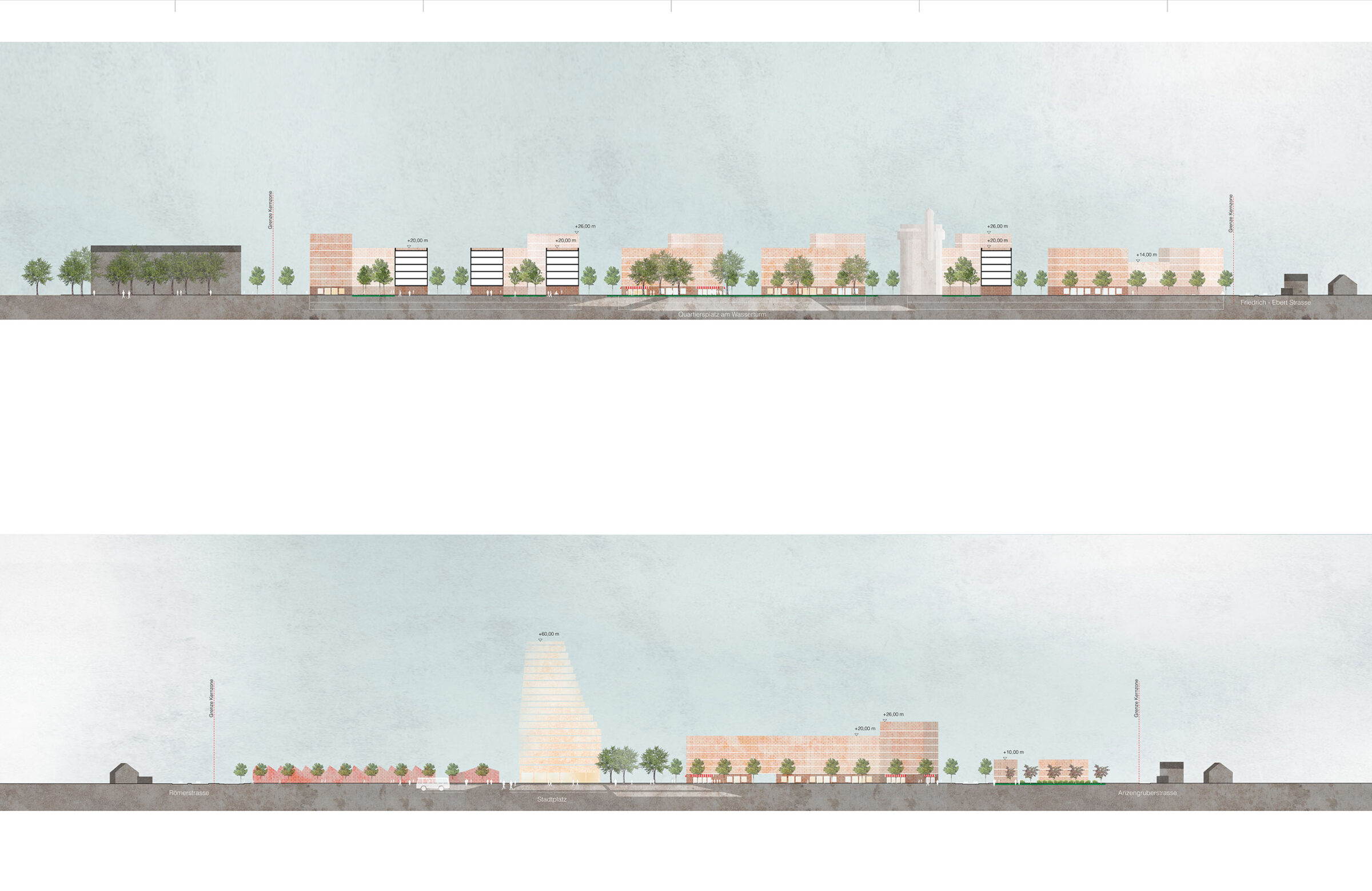