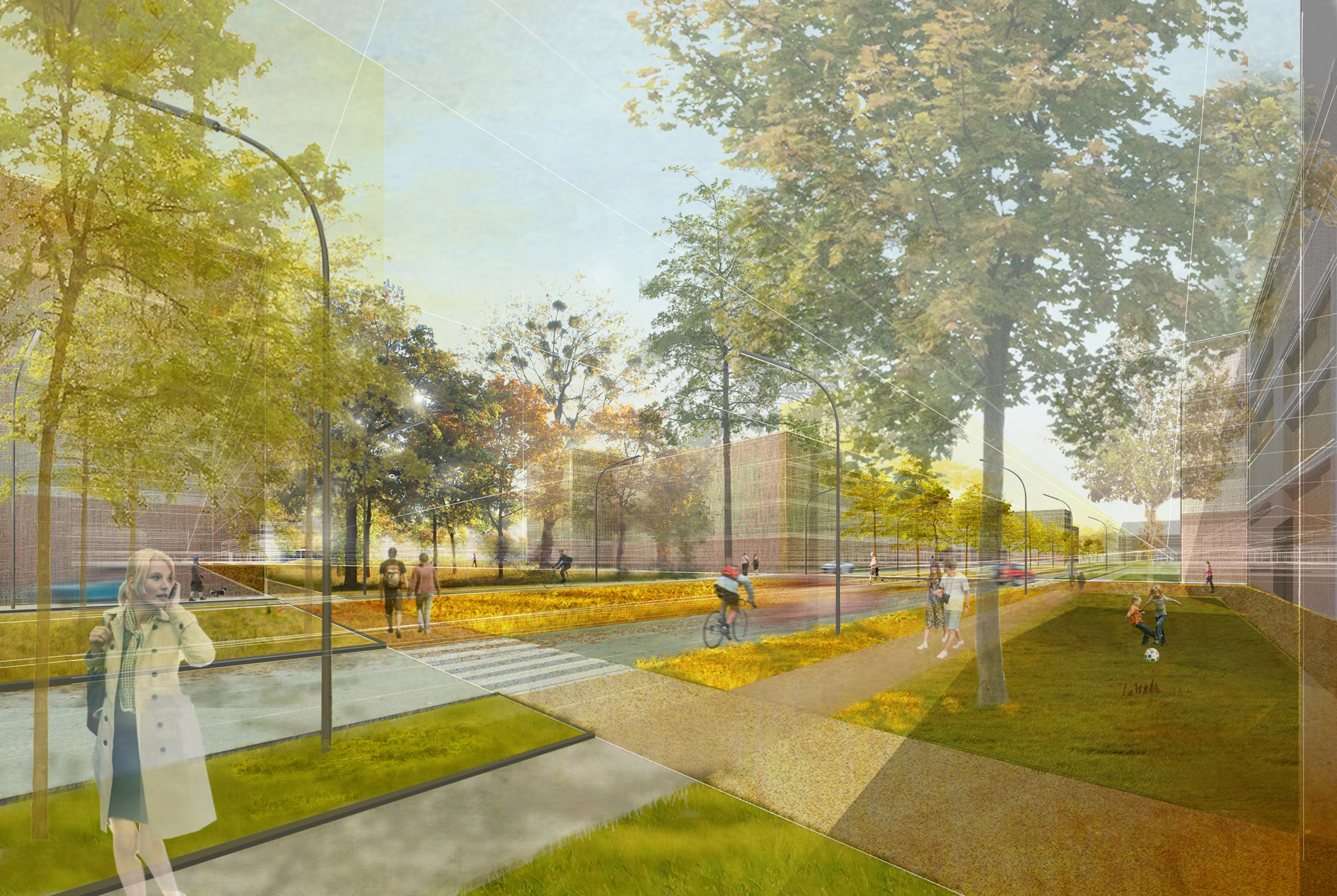 Apart from a moderate height development, surrounding buildings offer little in the way of binding rules, so our aim on the site of the former Bavarian Barracks in North Munich was to develop structures out of themselves that would enable an autonomous and high-quality neighbourhood development. The design defines a uniform, original character across the whole area and follows two important principles. On the one hand, the existing orthogonal order complete with the trees already there, and on the other hand, the interweaving and interconnection of the open spaces across all buildings and building sites.

For this purpose, we retained most of the existing avenues of trees as a “green” common theme and added to or replaced them in their form and function of street areas according to requirements. This ensured that the new housing area would have a quality of mature structures that is often missing for decades in new housing developments, plus a spatial identity. At the same time, identities that have already arisen through interim usage can be preserved and passed on in the existing structure, which should result in a lively neighbourhood.

As the central element within the area, the park focuses the essential qualities of the district. Directly adjacent to more urban areas, shops and a tram stop, as well as being an interface to the “green” common theme, the park will become the heart of the district in the best possible sense. The customising of the central park enables both peace and recreation as well as sports activities in the immediate vicinity and contributes to the achievement of sustainable urban development with short distances.

The development structure itself is designed with different openings to the environment within the individual building areas. This continuous yet lively structure surrounds the consciously staged, individual locations and free spaces and at the same time assists orientation. In particular the networking of open spaces, paths and perspectives across the street area defines the great coherent character of the site. The result between the building lines is a texture that integrates both private open spaces and public green areas and brings the two harmoniously together. 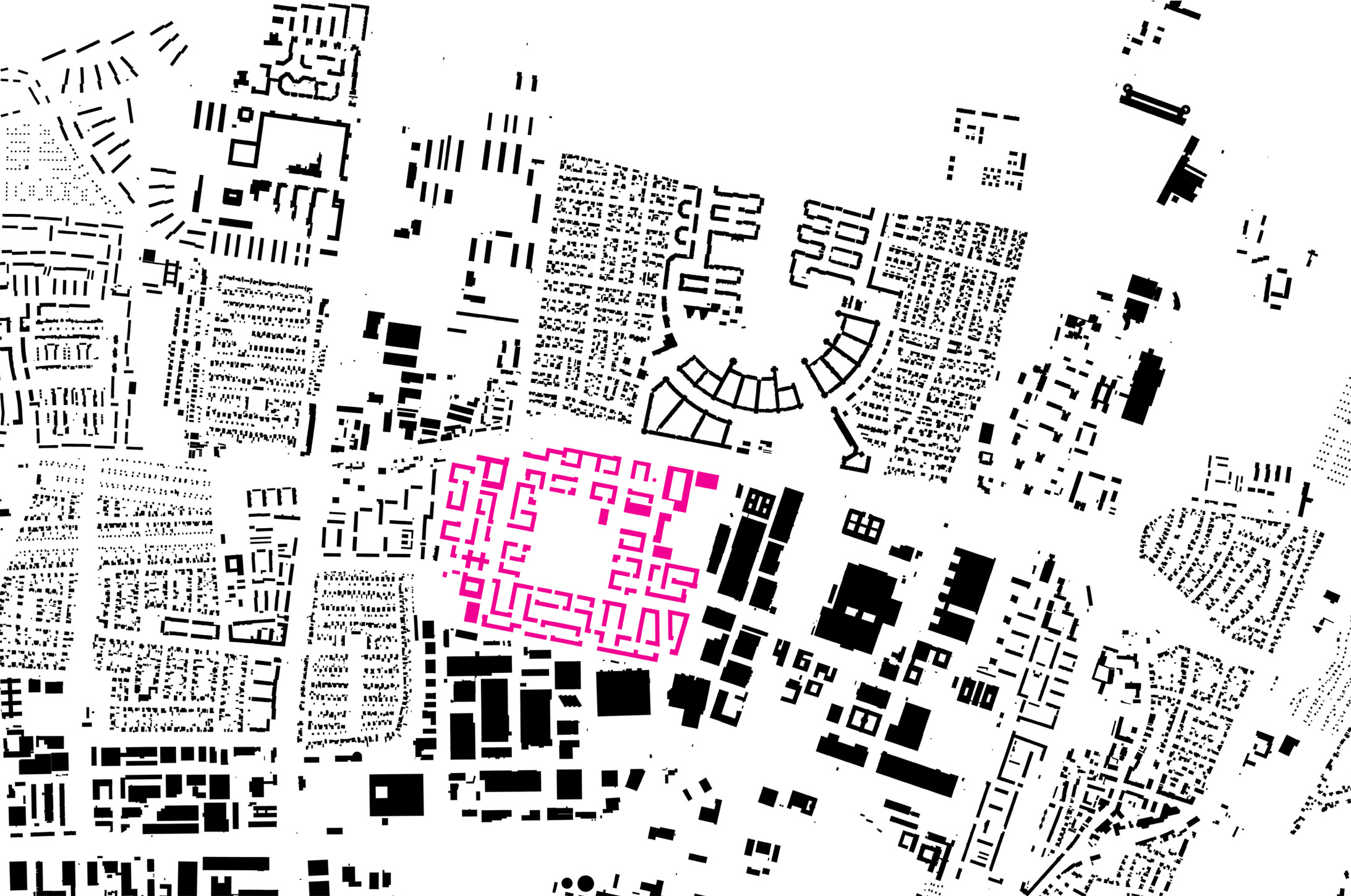 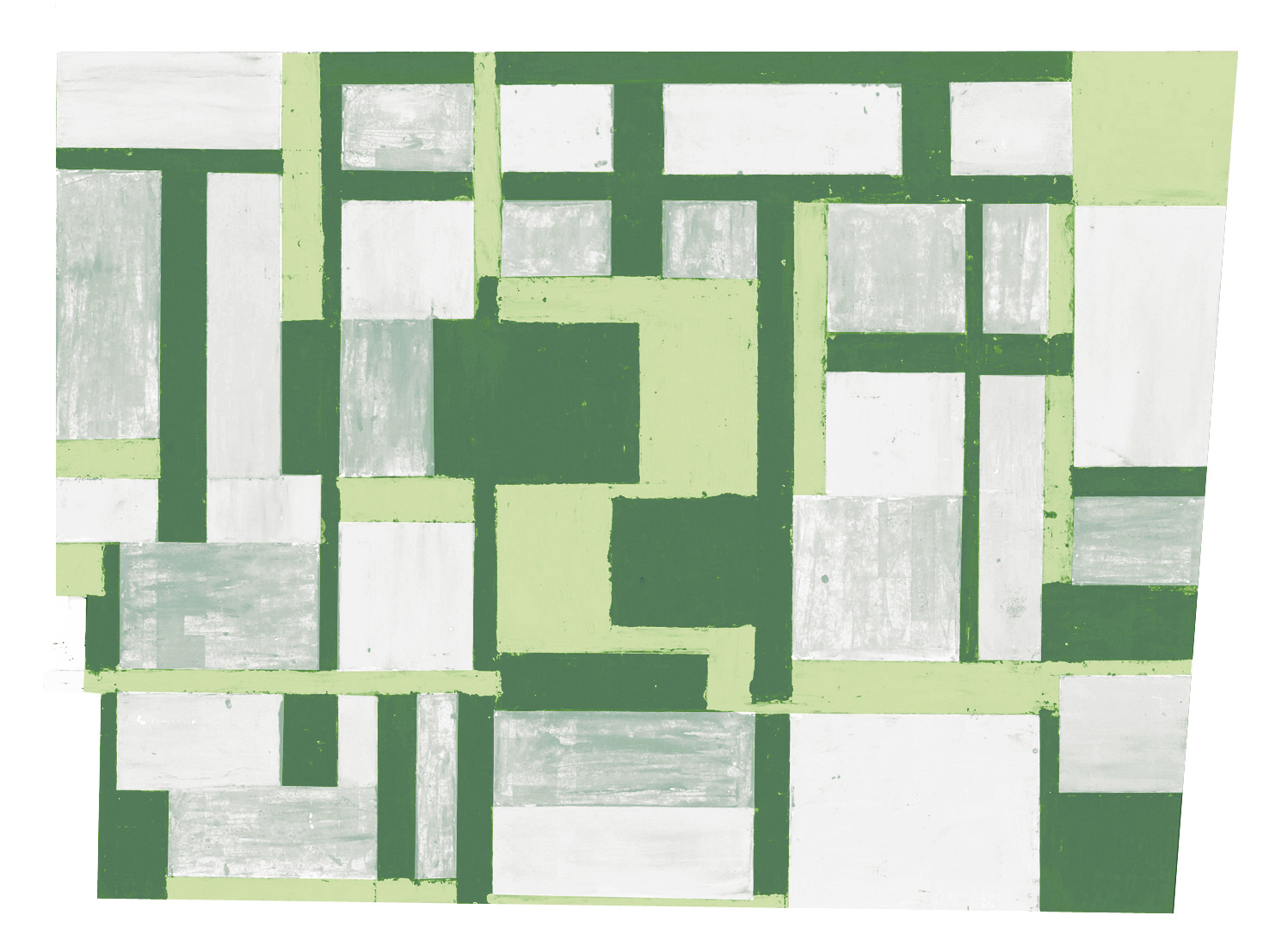 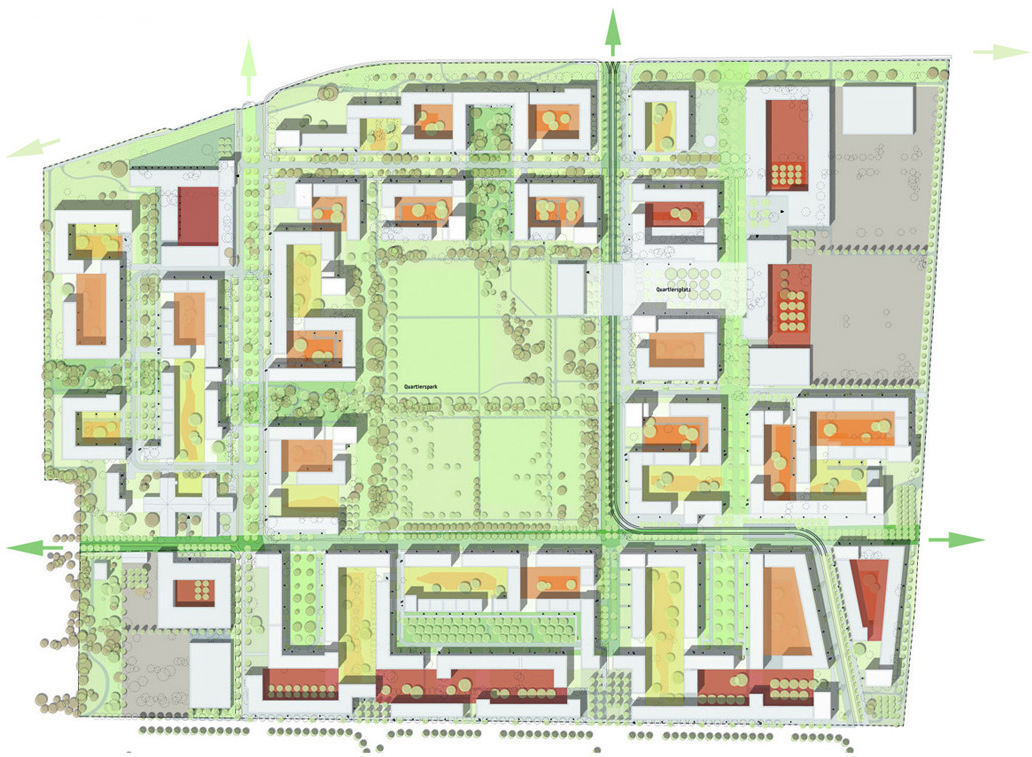 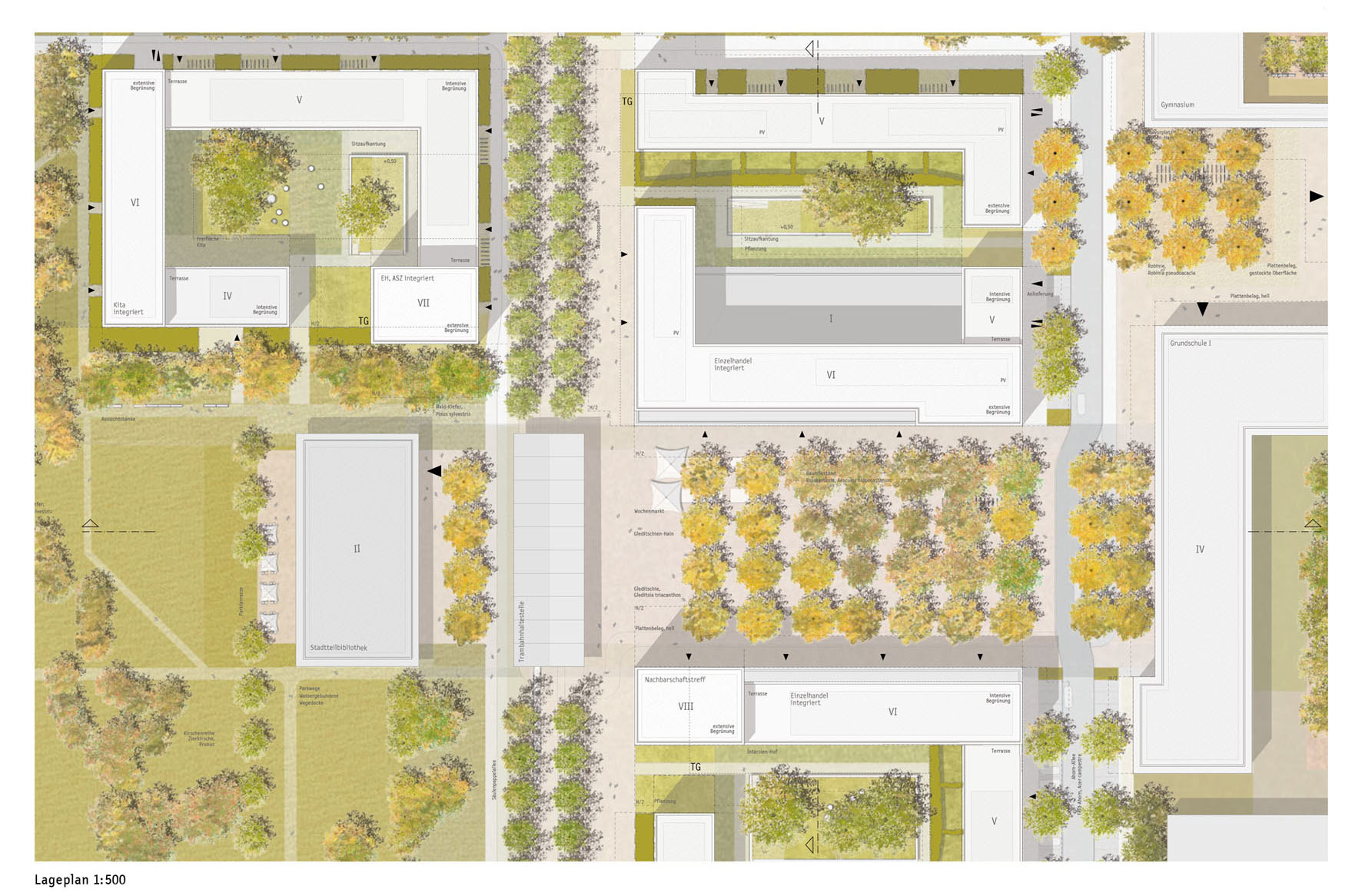 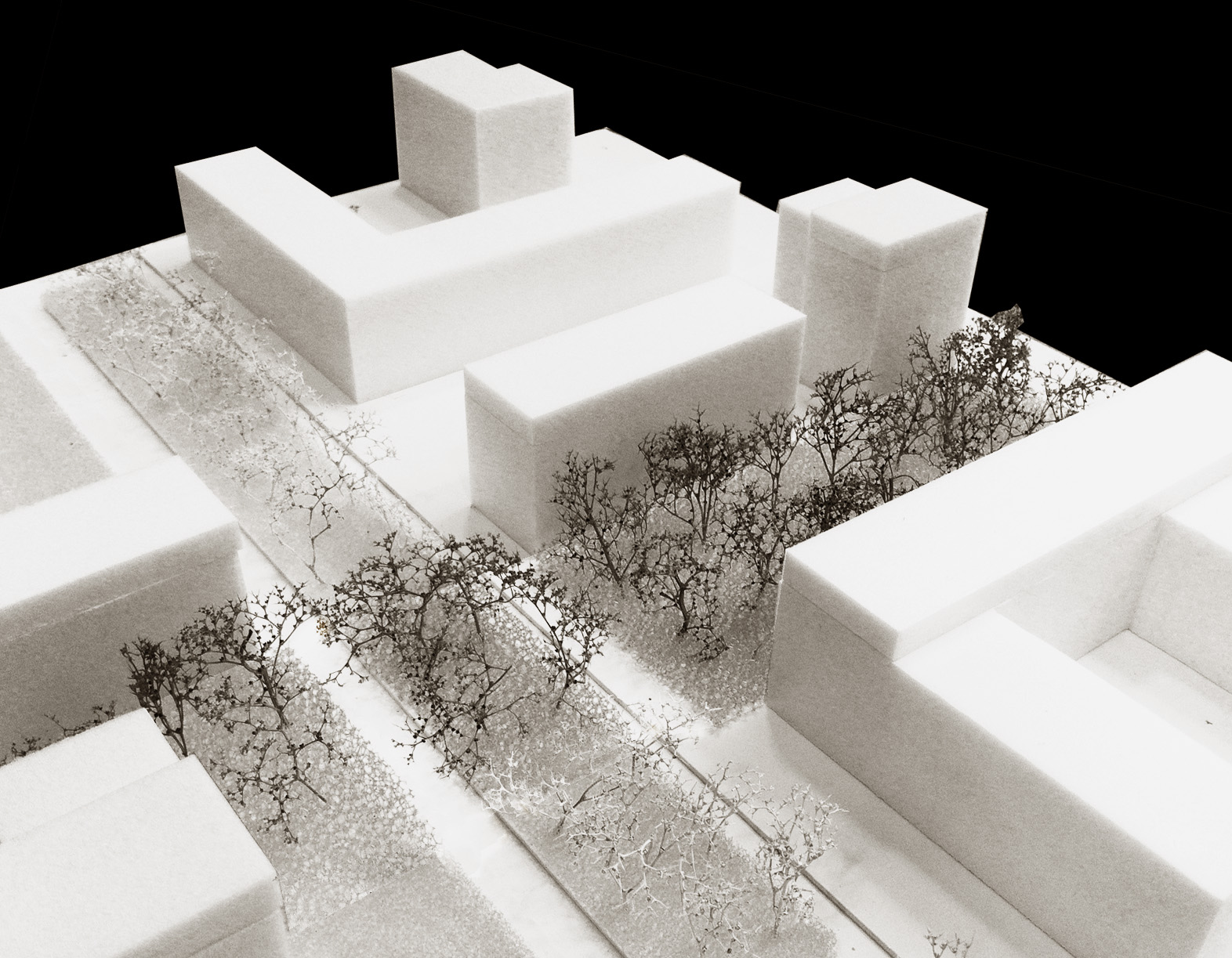