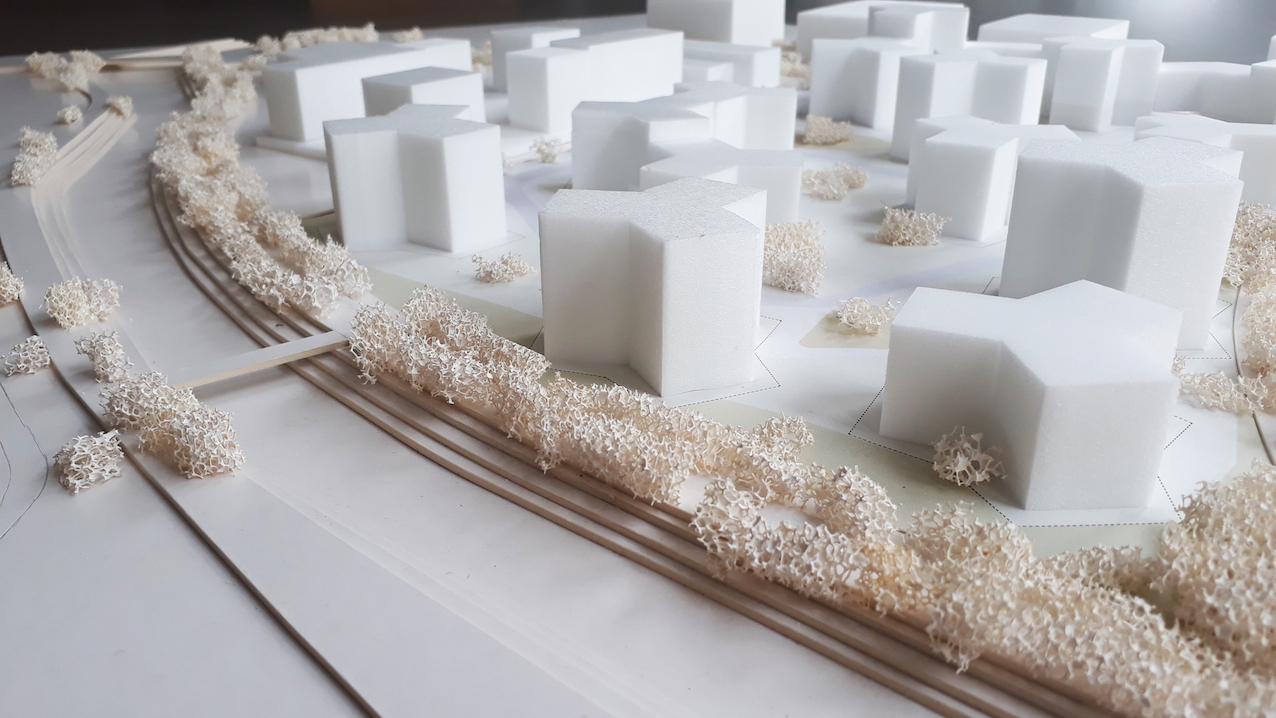 On the western outskirts of Landshut, the site is located in a heterogeneous environment that has so far been dominated by industrial halls. The property forms a kind of island, which is situated between the Jenaer Staße, the Weiherbach and the Pfettrach including the adjacent flood basin.
The site is subdivided into 3 individual areas, of which the western area is reserved for a future brewery use, while the central area is dominated by an existing, imposing industrial hall.
The eastern part of the area connects the area from the city side via the Pfettrach river including the adjacent flood basin.

The central area with the existing industrial hall is looking for a user that is compatible with the new residential environment. If the entire hall cannot be retained, at least the foundations and the basement are to be preserved and supplemented with new above-ground residential buildings.
In accordance with this dominant structure, we set out to find building typologies that could represent a dense residential use in the eastern part and at the same time create a high level of identity.
The ensemble of several Y-buildings can create efficient housing as well as spatial diversity in the areas between the buildings. These are arranged and overlaid with the access road in such a way that a sequence of more urban squares with more natural, ruderal open spaces results. In this way, both the visual relationships from the apartments and from the enclosed open spaces are constantly connected to the surrounding natural space and the unobstructed view to the south is preserved. 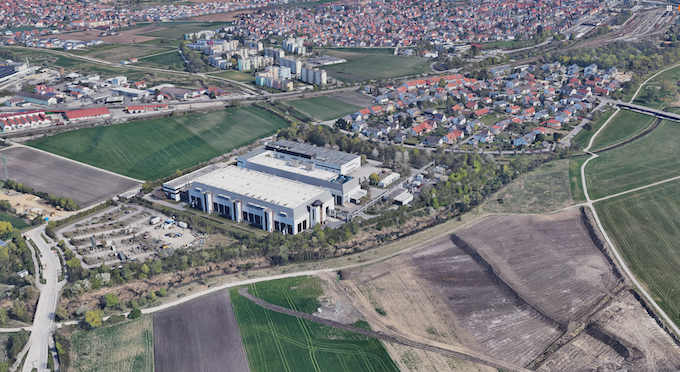 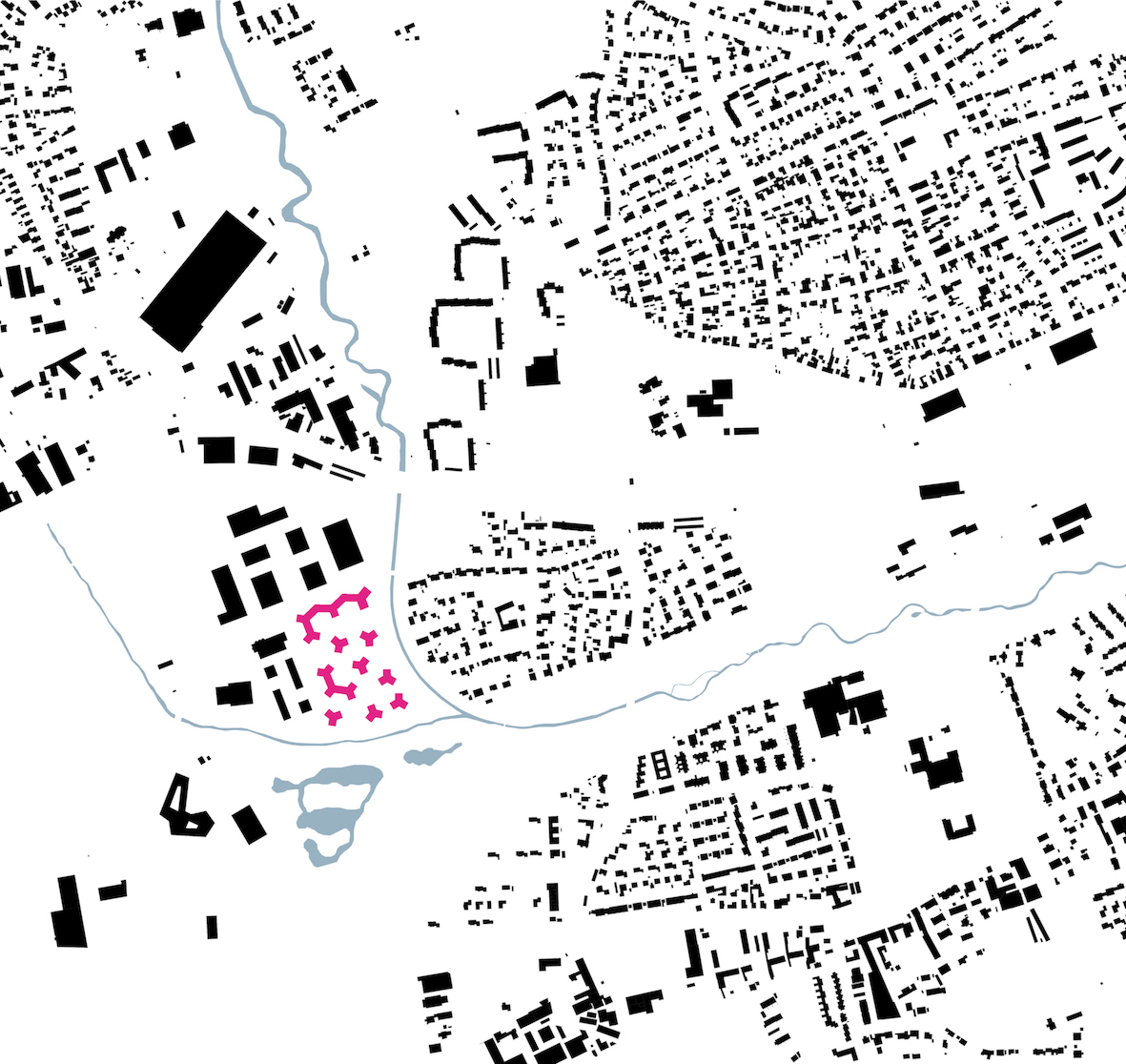 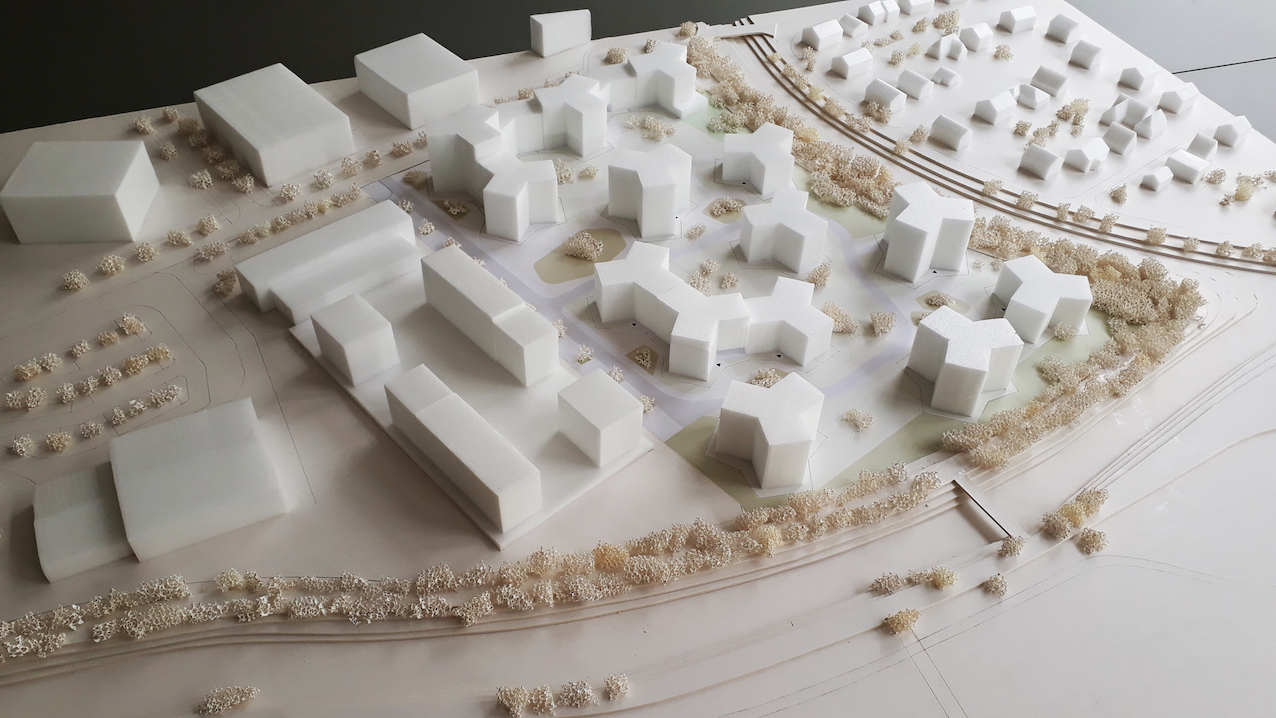 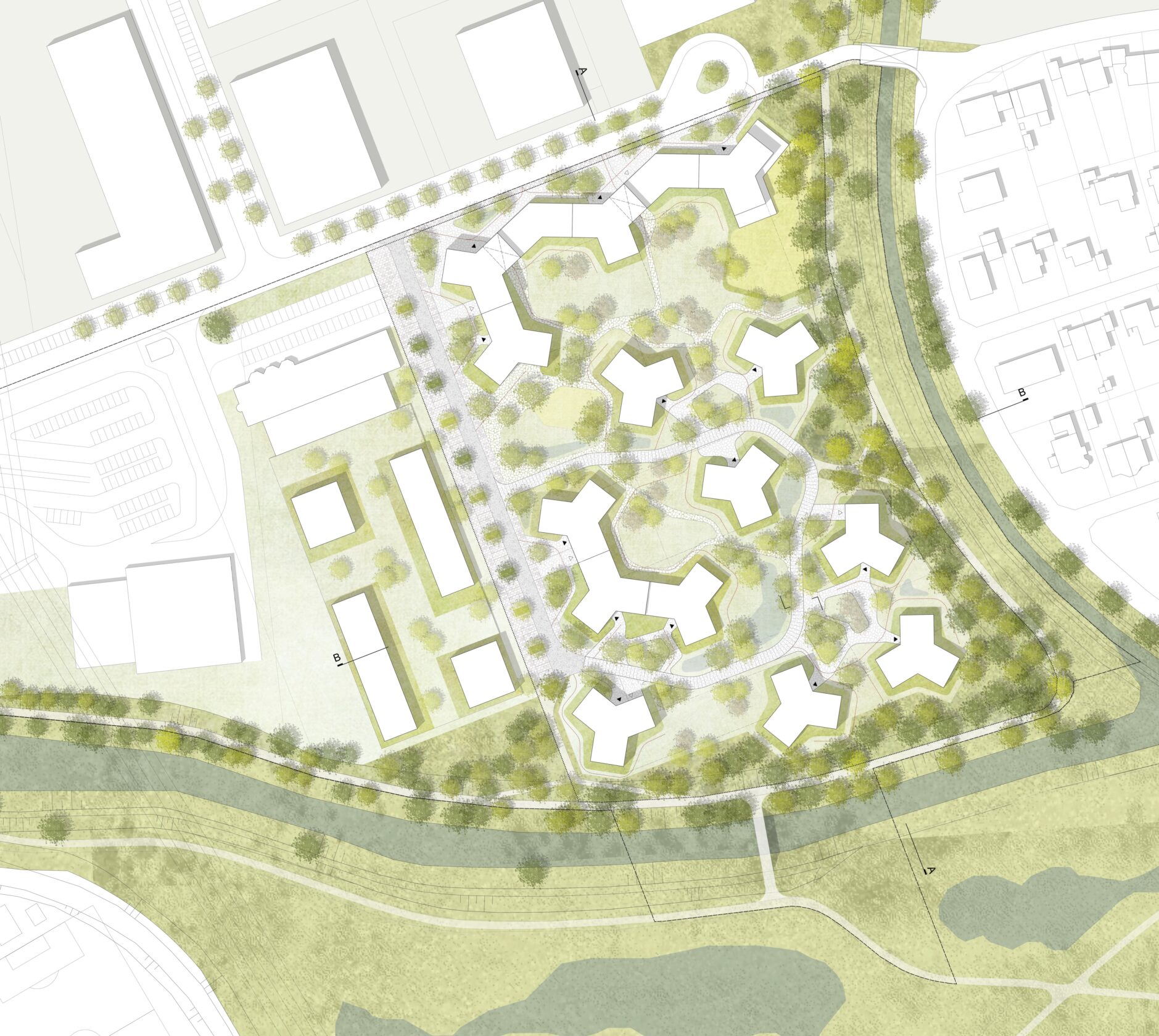 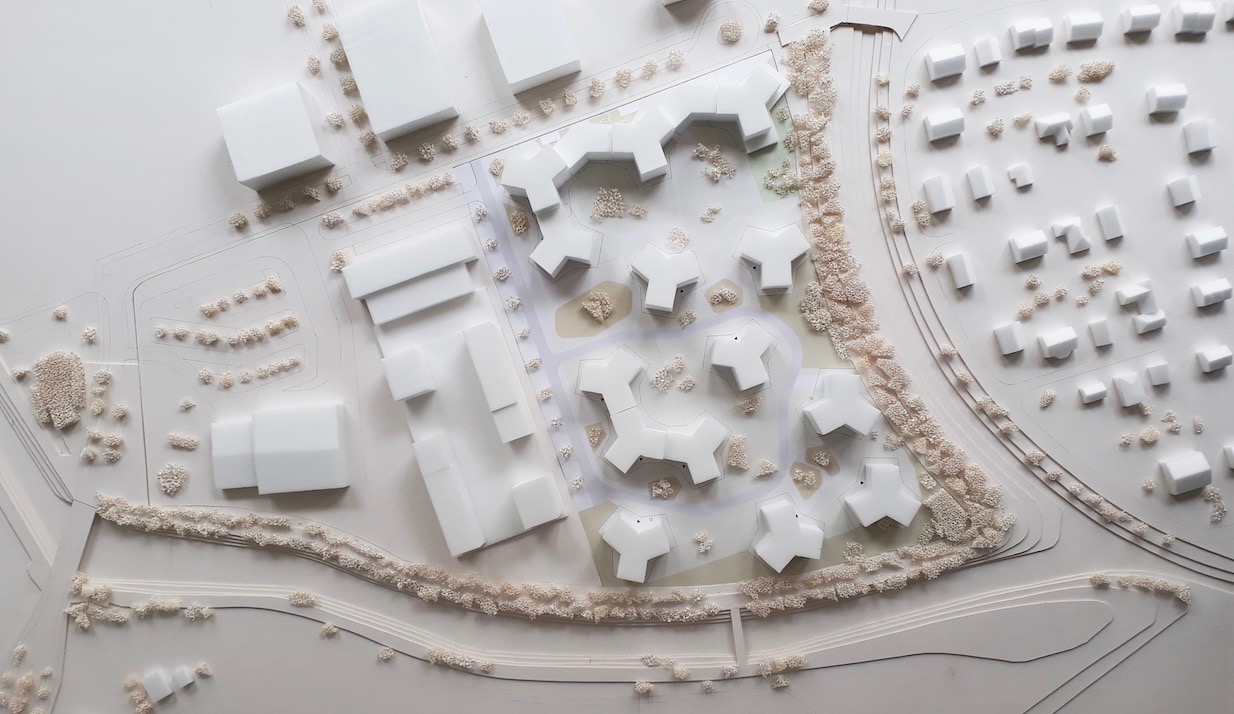 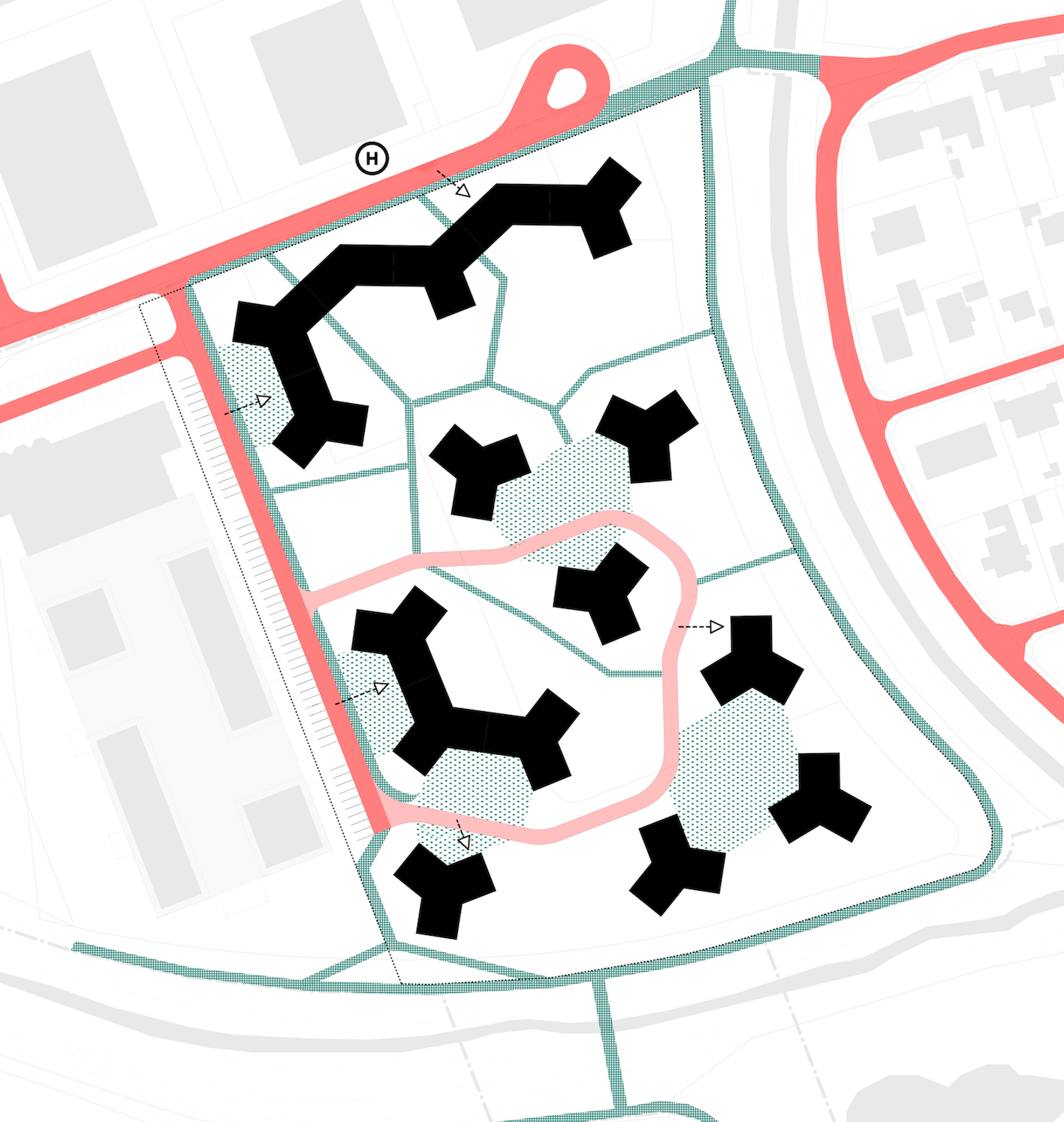 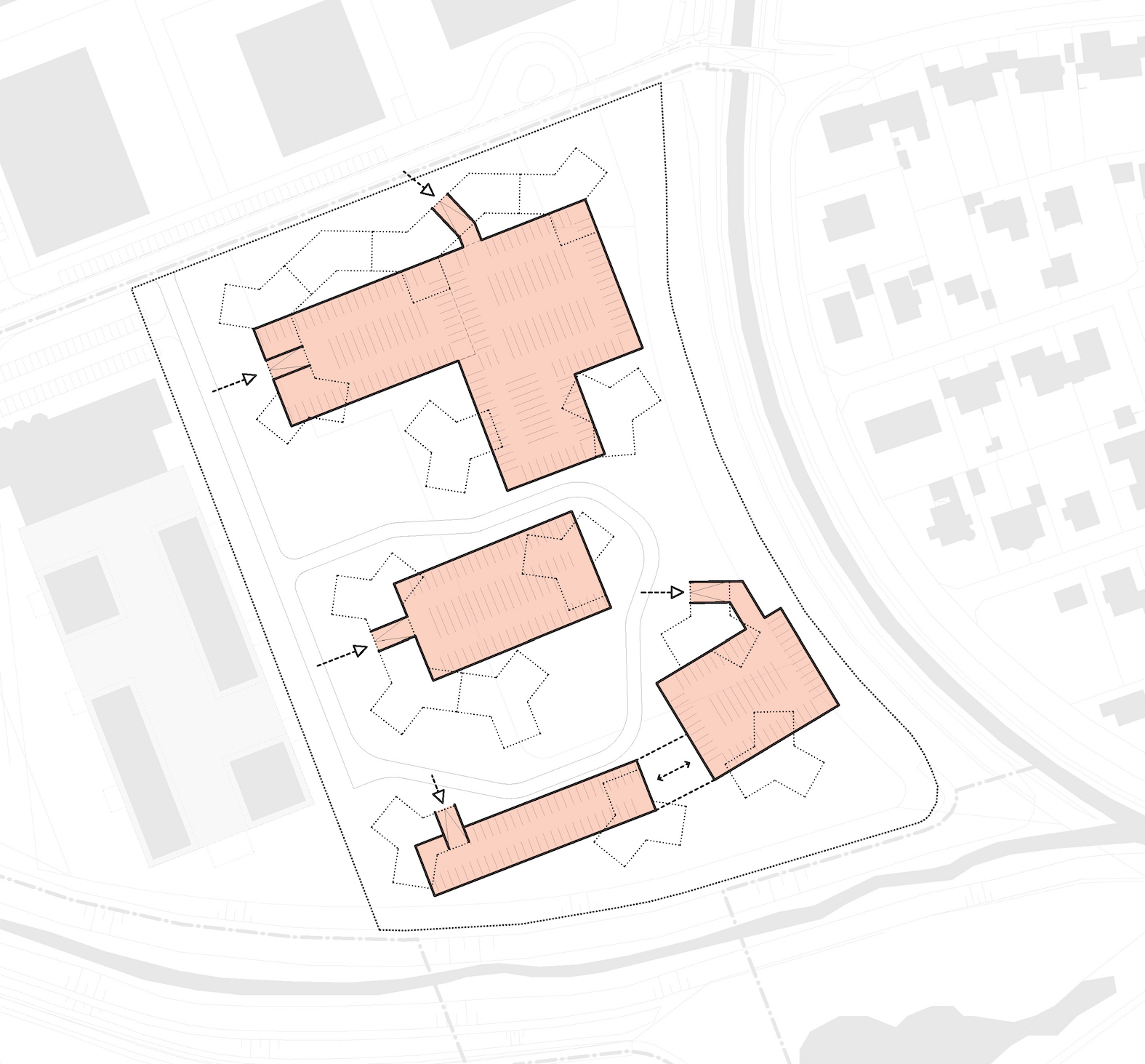 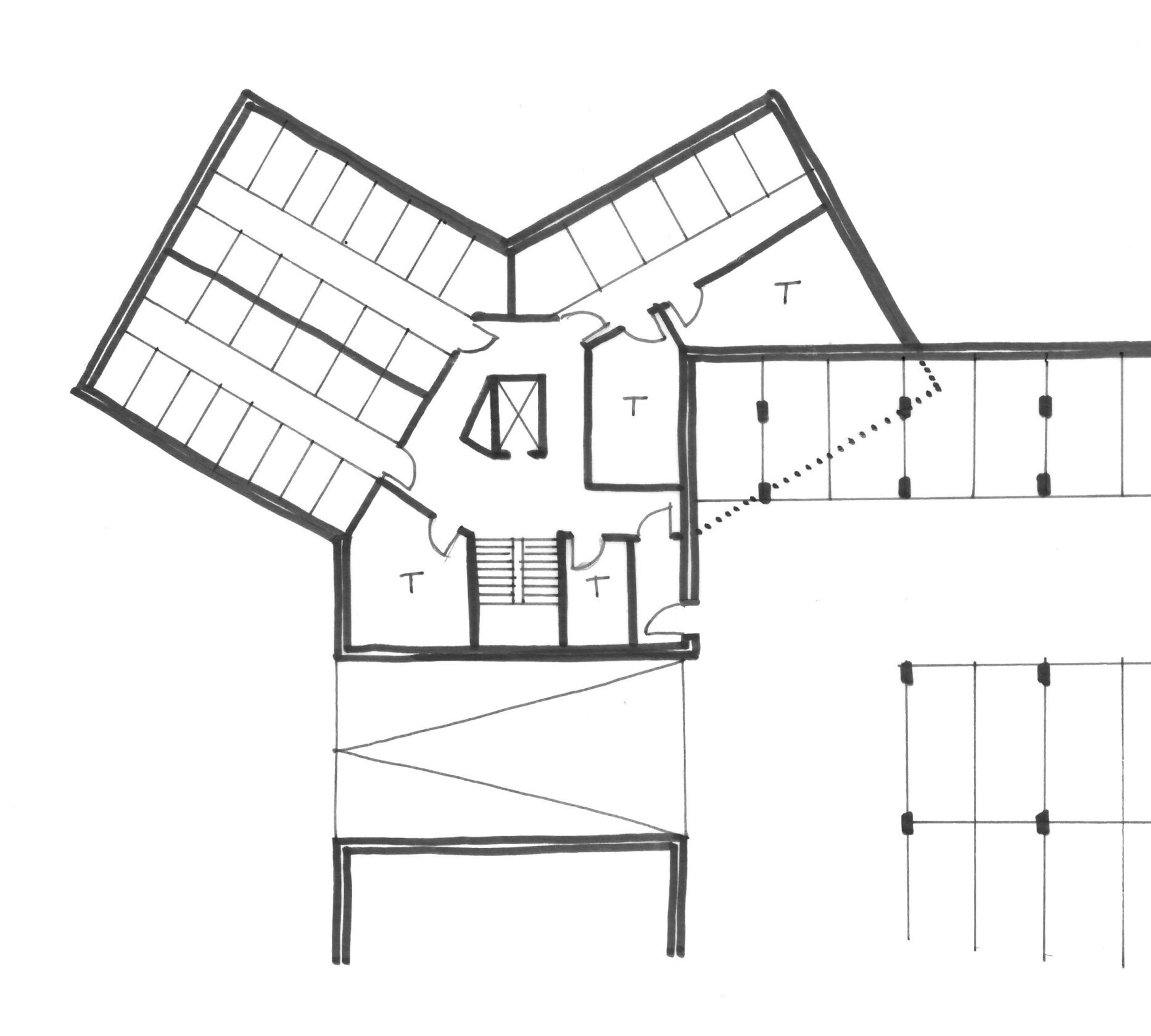